Bleecker Street has released the trailer and poster for the upcoming thriller The Secrets We Keep, starring BAFTA nominee Noomi Rapace (The Girl with the Dragon Tattoo, Tom Clancy’s Jack Ryan, Prometheus) and Joel Kinnaman (The Killing, Altered Carbon, For All Mankind). You can check out the trailer in the player below as well as the full poster!

In post-WWII America, a woman (Rapace), rebuilding her life in the suburbs with her husband (Chris Messina), kidnaps her neighbor (Kinnaman) and seeks vengeance for the heinous war crimes she believes he committed against her.

The Secrets We Keep also stars Chris Messina (The Sinner, Argo, Devil) and was directed by Yuval Adler (The Operative, Shooter, Bethlehem) and from a script by Ryan Covington (Bula’s Fortune, Ball’s Out!) and Adler.

The Secrets We Keep will open in theaters on September 16 and on VOD October 16. 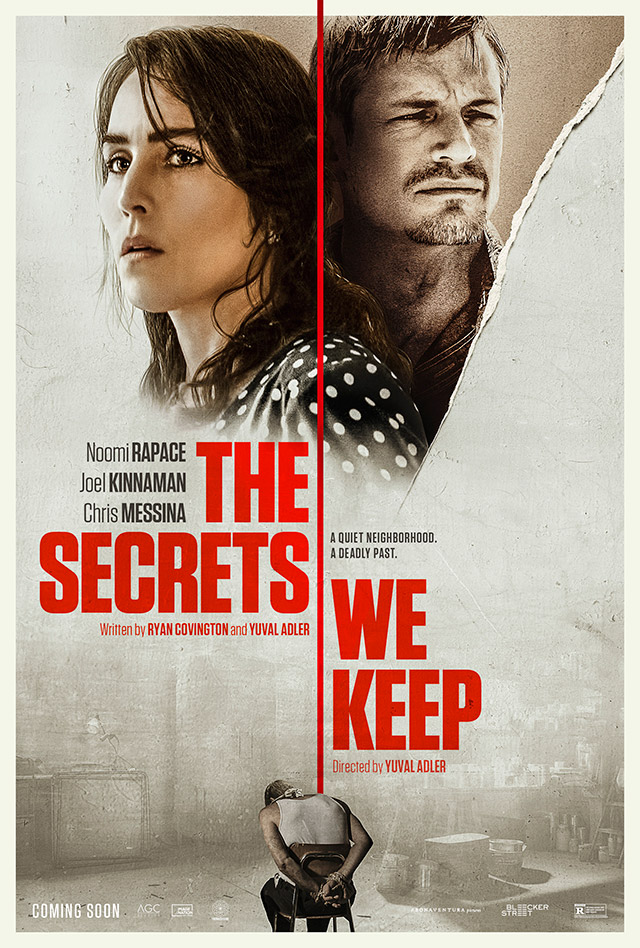 According to Variety, Oscar winner Nicolas Cage (Pig) and The Suicide Squad star Joel Kinnaman have signed on for the…
Movies 5 months ago

Focus Features has released the official trailer for the upcoming supernatural horror thriller film titled You Won’t Be Alone, starring…
Movies 1 year ago