A movie with more stars than the Milky Way is arriving in theaters. Amsterdam is a period mystery comedy set in the 1930s that follows three friends who witness a murder, become suspects, and uncover an outrageous plot. But this is a movie that you don’t see in theaters for the story. If you only heard about the premise alone, you likely wouldn’t care enough to see this on the big screen. However, add an all-star cast assembled by a notoriously abusive director, and you get one steaming hot mess of a film.

Amsterdam grabs most of Hollywood’s biggest actors and assembles them all for an Avengers-level ensemble. The principal protagonists are played by Christian Bale, Margot Robbie, and John David Washington. These three make up the main characters: a doctor, a nurse, and a lawyer, all wrapped up in the story of a lifetime. This film was inspired by a 1930s political conspiracy called the Business Plot, which is quite a story on its own and could have lent to a thrilling, absurd film. But the result could be better, as we have a screenplay that overestimates its wittiness without having any real bite.

While this is supposed to be a comedy, Russell’s dialogue is not as snappy or funny as it wants to be. The attempts at lighthearted humor fall flat and never elicit any of the riotous laughter a movie like this could have. Instead, Amsterdam feels drab and one-note throughout. The best way to imagine this is if a chef took some of the tastiest ingredients and seasonings to make a meal but used them to make a low-quality, flavorless dish that another chef could have done a much better job of preparing.

But this isn’t so much a movie where you get invested in the story and characters as it is a film where you recognize people from other superior movies. Russell drags in the talents of Anya Taylor-Joy, Michael Shannon, Zoe Saldaña, Rami Malek, Robert De Niro, and even Taylor Swift to keep this movie afloat with talent. However, it seems he is relying on your knowledge of their skills rather than actually using them. Most of these actors only show up for glorified cameos, playing the flattest characters that speak in similar patterns, adding nothing but their star power to the film. 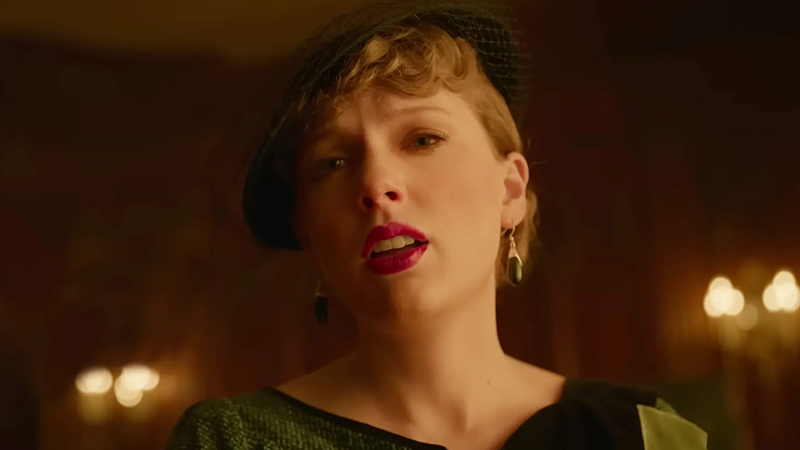 Famous actors show up one after another to say a few lines — most of which barely have any emotion — and leave. They don’t play interesting characters and much of the film feels generic because these actors are given nothing to work with. Instead, Russell ropes everyone into a strangely dull mystery that does very little with its exciting setup. A ragtag group of people trying to clear their names is a fun premise, but the execution is joyless and free of entertainment. The potential for Amsterdam is squandered by how every character sounds and acts like carbon copies of each other.

The actors do not have an ounce of chemistry with each other and there are no standout performances in a cast where everyone should have been the standout. The best part of the film is the impeccable production design and Emmanuel Lubezki’s superb cinematography. Amsterdam also marks the reunion of cinematographer Lubezki and actor Mike Myers for the first time since The Cat in the Hat. Does this fun fact have any bearing on the film’s quality? No. Is it funny enough to bring up? Absolutely. Because well-crafted shots cannot save a bland, generic film with little to offer. By some miracle, wasting your time may be the least of the director’s crimes against humanity.

As ComingSoon’s review policy explains, a score of 4 equates to “Poor.” The negatives overweigh the positive aspects making it a struggle to get through.

Bones and All Review: Chalamet and Russell Shine in Cannibal Love Story

There’s before Bones and All, and there’s after Bones and All. This is a line that Michael Stuhlbarg’s character says…
Movies 2 months ago

Your table is ready for The Menu, a black comedy horror film about a couple going to a destination restaurant on…
Movies 3 months ago