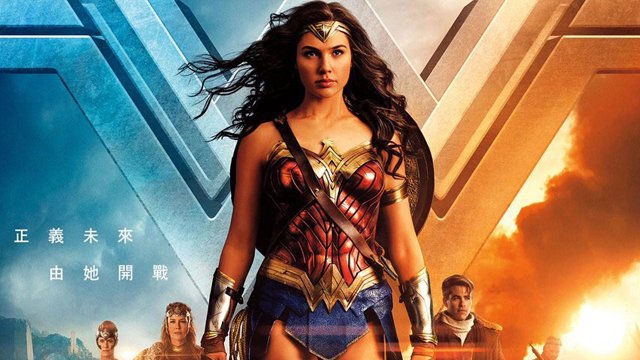 There’s some great new artwork for Warner Bros. Pictures and DC Entertainment‘s latest (or, from another point of view, earliest) entry in the big screen DC Comics continuity. Check out the full Wonder Woman international poster design, featuring Gal Gadot‘s Diana standing against her supporting cast, in the gallery viewer below and catch the film in theaters June 2.

RELATED: Wonder Woman History: A Look Back at Diana Prince

Before she was Wonder Woman, she was Diana, princess of the Amazons, trained to be an unconquerable warrior. Raised on a sheltered island paradise, when an American pilot crashes on their shores and tells of a massive conflict raging in the outside world, Diana leaves her home, convinced she can stop the threat. Fighting alongside man in a war to end all wars, Diana will discover her full powers…and her true destiny.

Wonder Woman opens in theaters on June 2, 2017. It will be the fourth film in the newly-launched DC Cinematic Universe, following 2013’s Man of Steel and last year’s Batman v Superman: Dawn of Justice and Suicide Squad. It will be followed in 2017 on November 17 with the highly-anticipated Justice League movie.

What do you think of the Wonder Woman international poster design? Let us know your thoughts in the comments below!

There’s no denying that Phase Four of the Marvel Cinematic Universe was a disappointment. Most of the new wave of…
Movies 6 hours ago

The Flash is still on track to release later this year, but a recent report from One Take News suggests…
Movies 2 weeks ago

While the current state of the DC Universe’s future is unknown, director and co-CEO of DC Studios James Gunn has…
Movies 4 weeks ago

The Justice League of America Movie Is a Fascinating Failure

With everything going on over at Warner Bros. in regards to the DC Universe, it might be nice to go…
Movies 1 month ago