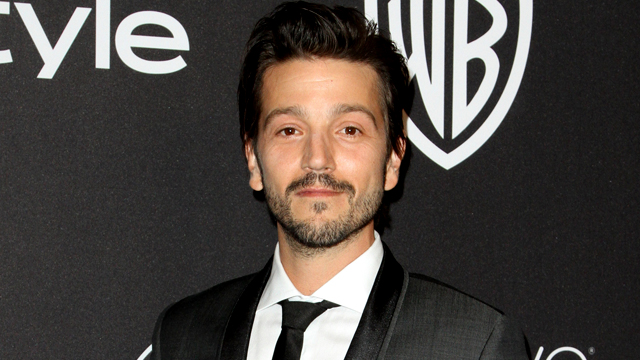 Although the Magnificent Seven helmer was attached to take on Universal Pictures‘ upcoming Scarface remake, Variety reports that Antoine Fuqua has exited the project due to his commitment to Sony Pictures‘ upcoming The Equalizer sequel. A search is now underway for a helmer to board the project immediately as the studio is reportedly keen on getting the new Scarface into production in the very near future. What’s more, the trade reports that Rogue One: A Star Wars Story‘s Diego Luna is set to play the new film’s title gangster.

RELATED: The Magnificent Seven Rides to First Place at the Box Office

The first theatrical Scarface made it to theaters in 1932 from director Howard Hawks and told the story of an Irish immigrant’s rise to power as a gangster in 1920s Chicago. The film was famously remade in 1983 directed by Brian De Palma and written by Oliver Stone with Al Pacino in the lead role, shifting the focus to a Cuban refugee rising to power as a gangster in 1980s’ Miami.

In addition to his work in the highly-successful Rogue One, Diego Luna was seen last year in Blood Father. He’s also part of the cast of the upcoming Flatliners reboot/sequel.

The Equalizer 2, meanwhile, is expected to enter production soon for a September 14, 2018 release. Denzel Washington will reprise his role as Robert McCall.

Who would you like to see direct a new Scarface movie? What do you think of Diego Luna in the lead role? Let us know your thoughts in the comments below!

As promised, James Gunn revealed some of the upcoming DC Universe schedule today, giving fans a better look at what…
Movies 11 hours ago

Star Wars star Diego Luna has discussed how Cassian Andor will continue to transform throughout the upcoming Andor Season 2.…
Movies 1 month ago

Ever since its release, the Star Wars prequel film Rogue One has been rumored by fans to feature an alternate…
Movies 4 months ago

A brand new clip for the upcoming Star Wars series Andor has been released by Disney, showcasing Diego Luna explaining…
TV 5 months ago

When the Stars Wars Disney+ series Andor premieres later this year, one character from the Rogue One prequel — the…
TV 6 months ago