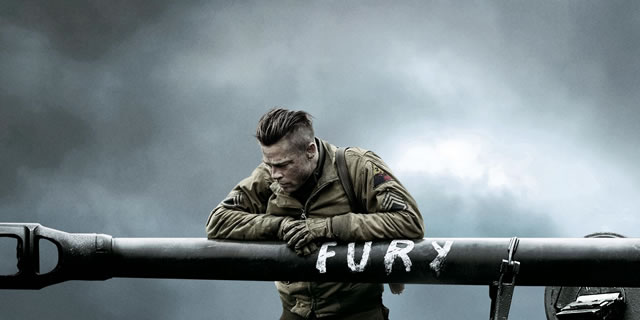 Last night I watched the over 50 minutes of deleted and extended scenes on the recent Blu-ray release of David Ayer‘s Fury. Most were rightly excised from the film, but there are a few moments that I believe should have remained, moments adding depth to Brad Pitt‘s Don ‘Wardaddy’ Collier and Jon Bernthal‘s Grady ‘Coon-Ass’ Travis, giving reason for their behavior where some audiences may have questioned their motives.

To begin, one scene that would have been featured early in the film finds Grady in tears, telling Don he simply can’t go anymore. What we largely get in the theatrical release when it comes to Grady is the animal the war has made him. There are brief moments, especially between him and Norman (Logan Lerman), where he shows a little bit of the man he used to be, but I got the impression many perceived Grady to be nothing more than an animal, unable to see him as someone that used to be “normal”. The deleted scene, while it does go on a little long, shows Grady in tears while Don is able to calm him down with the promise of alcohol and women once the war is done.

This scene also works to further illustrate Don’s father figure status with these men, especially once you consider the way the film ends. To that point, in fact, the one scene I most definitely think should have remained comes just after the lengthy, domestic interlude in the middle of the film. 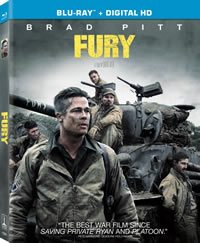 If you remember, shortly after the scene with the two women in the small town, which is eventually left in rubble, Don and Norman are chatting atop the tank when Don points to smoke on the horizon and says, “See that? That’s a whole city on fire.” In one of two alternate, extended versions of the scene Don speaks to his mother being born in Germany, perhaps in that very town and how he has no problem killing, not even his own kin. But more important is what he says of his own past

In the scene with the women we’re given a glimpse at Don’s burned and scarred back. Many assumed this was merely a moment to feature a shirtless Brad Pitt as the scars are never really explained, but these extended scenes tell us something different. I always assumed, as I figured most did, that Don got the scars from fighting in the war, but we learn here it was, in fact, due to a car accident back home while he was driving drunk, an accident that killed his little brother and his girlfriend, Rose. He flipped the car and the engine ended up squarely on his back, scarring him for life. He says he then got advice from his preacher to go fight for his country and he says it’s the best decision he’s ever made after the entire county turned on him following the incident.

This not only explains the scarring, but gives more reason as to why Don would be so insistent, at the end of the film, on remaining with his tank. He refers to it as his home and the added insight into how he got to where he is gives greater reason for his wanting to stay and not run. What would he be running to?

Like the scene that was cut featuring Grady in tears, Don too is spent. He’s done running, he’s ready to fight and stand his ground.

[amz asin=”B00OMC0W9G” size=”small”]However, Don also fails to realize who he’s become when it comes to his crew. These men look to him for the answer to the hell they find themselves in. So when he tells them to cut and run in such a half-hearted manner and actually allows them to stay with him to fight until the bitter end, it’s my belief he betrays them. He betrays their trust and ends up killing them in the end, and for what? Because he can’t return home? He fails to see a future for the boys under his command.

One final extended sequence I think the film would have benefit from adds a little more depth to the “best job I ever had” scene. It’s not the most revealing, but does add a little something extra to a notable moment in the film.

I did go through the additional bonus features as well, one featuring the cast talking about sitting down with actual World War II tank veterans, discussing their time in the war, telling the principal cast members stories they apparently never even told their families. Shia LaBeouf mentions one veteran, Don Evans, explaining to him the difference between “killing and murder” and Michael Pena says the one thing he came away with was “in war you become an animal”. This is all backed up by 2nd Armor Division veteran Paul Andert saying, “We did all kinds of things to win the war and that’s why you’re still here.”

The cast went through a week’s worth of bootcamp run by Navy SEALs and Ayer scoured signal corps footage to find the look he wanted for the movie, not attempting to make a film that looked like all other war films, but one that looked like an authentic war feature. Fury includes not only actual Sherman tanks, but the first film to ever feature an actual, working Tiger, the only one in existence that actually runs.

If you weren’t a fan in theaters I’m not sure these extras will change your mind, but I think they’ll give you a little added food for thought. If anything, I would say Fury opens doors to some fascinating conversation about the hell that is war, not to mention a multitude of moral quandaries the film broaches.

ComingSoon Editor-in-Chief Tyler Treese spoke with Maybe I Do star Diane Keaton about the upcoming comedy movie, which is now in theaters.…
Movies 6 days ago

Everyone loves Eddie Murphy. His foul-mouthed shenanigans have delighted audiences since he first stormed onto Saturday Night Live in a…
Movies 1 week ago