Disney+ has officially changed the release date for Disenchanted, the highly-anticipated fantasy sequel featuring the return of Amy Adams. In addition, the streamer has also dropped a brand new poster, providing us with a new look at Adams’ Giselle.

Originally scheduled for November 24, 2022 release, the film will now make its debut a week earlier on Friday, November 18, just before this year’s Thanksgiving day. 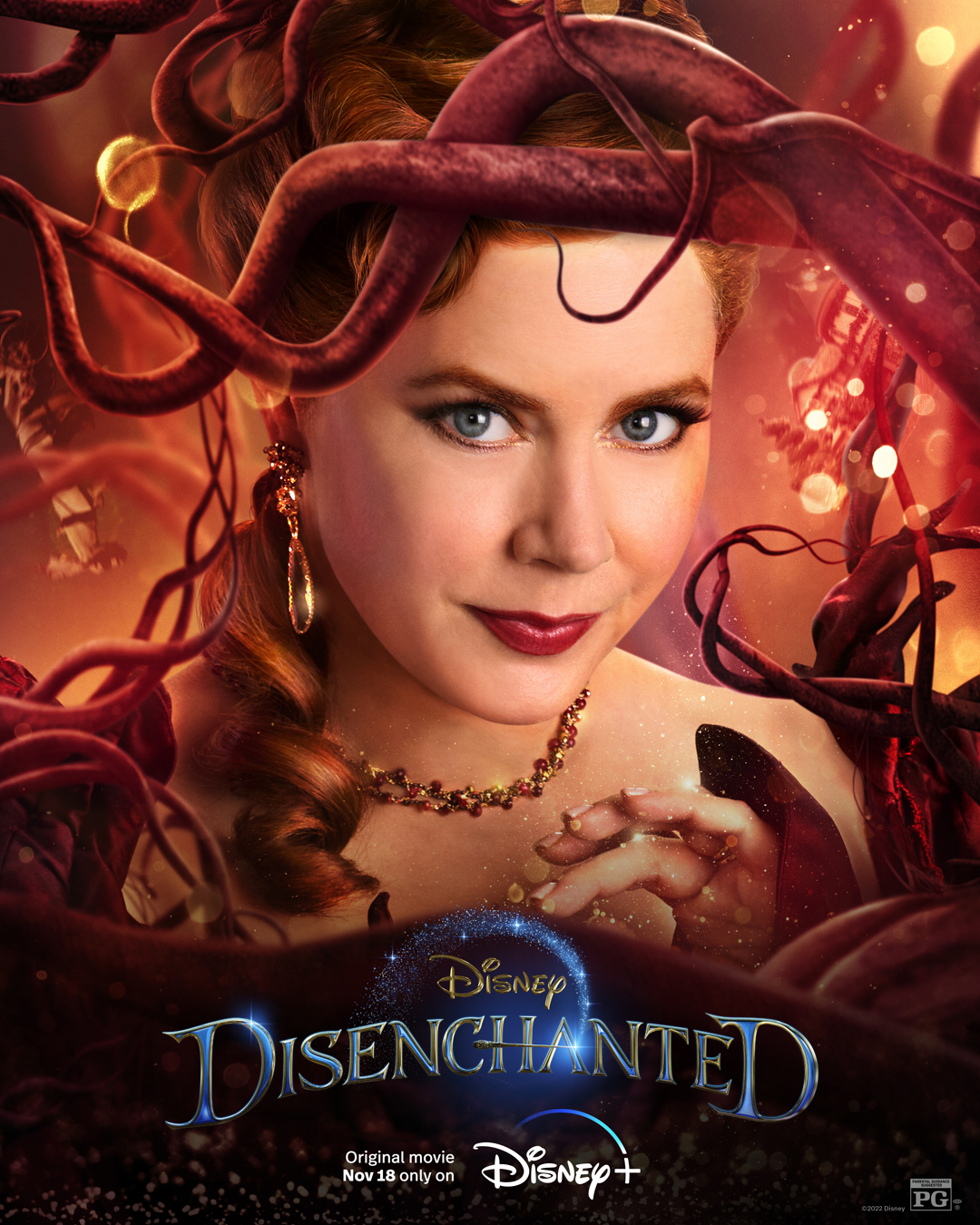 “Disenchanted features the much-anticipated return of Giselle, the princess from the fairy tale world of Andalasia banished to Manhattan who found her real Princess Charming in divorce lawyer Robert Philip,” says the synopsis. “15 years later, Giselle moves to the suburb of Monroeville with Robert and their teenage daughter Morgan, where she must juggle the challenges that come with a new home and discover what happily ever after truly means to her and her new family.”

Based on original characters by Enchanted writer Bill Kelly, the sequel is directed by Adam Shankman. It features the return of the original cast including six-time Academy Award-nominated actress Amy Adams as the hopelessly romantic and eternally optimistic Giselle now married and living in Monroeville; Patrick Dempsey (Grey’s Anatomy) as Giselle’s husband, the cynical pragmatist Robert Philip; James Marsden (X-Men) as the dashing but daft Prince Edward from Andalasia; and Idina Menzel (Frozen) as Nancy Tremaine, the former dressmaker now married to Prince Edward.

The project has been in development since 2010 with Anne Fletcher previously attached to helm the film. The first film was directed by Kevin Lima and went on to a worldwide gross of over $340 million against a reported budget of $85 million. It was also well-received by critics and audiences, which earned the film two Golden Globe nominations including Best Actress for Amy Adams.

Hollywood is once again in mourning as Annie Wersching has passed away. Best known for her television roles, such as…
TV 7 hours ago

Black Panther: Wakanda Forever is finally coming to Disney+, its release time has been announced. The streaming service (sign-up for…
Movies 3 days ago

Teen Wolf: The Movie is finally debuting on Paramount+. The long-awaited sequel to the hit MTV series is premiering on…
Movies 5 days ago

The Black Panther: Wakanda Forever Disney+ release date has been set for the critically acclaimed Marvel movie. Fans can stream…
Movies 4 weeks ago

Star Wars: The Bad Batch Season 2 is the highlight of the Disney+ January 2023 schedule. The streaming service (sign-up…
TV 4 weeks ago