Paws of Fury: The Legend of Hank Prize Pack Giveaway for Animated Film

ComingSoon has a Paws of Fury: The Legend of Hank prize pack to give out. The pack contains a Blu-ray copy of Paws of Fury: The Legend of Hank, a bandana, a spoon & lunchbox set, a mini poster, a whoopie cushion, a youth t-shirt, a Jimbo headband, a Hank headband, and other themed items. The film stars Michael Cera, Samuel L. Jackson, Mel Brooks, Michelle Yeoh, and Ricky Gervais. It is now available digitally, through premium video-on-demand services, and on Blu-ray.

“A down-on-his-luck hound finds himself in a town full of cats who need a hero to defend them from a ruthless villain’s evil plot to wipe their village off the map,” reads the film’s synopsis. “With help from a reluctant trainer, the underdog must assume the role of fearsome samurai and team up with the felines to save the day. The only problem is — they all hate dogs.”

To enter our Paws of Fury: The Legend of Hank giveaway, you can either retweet the Twitter post below or comment on our corresponding Facebook post. The giveaway lasts until October 25, and entrants must be in the U.S. to be eligible to win since it is a physical prize. Good luck to all who enter!

Giveaway: Paws of Fury: The Legend of Hank Prize Pack for Animated Film

Paws of Fury: The Legend of Hank is now available digitally, through premium video-on-demand services, and on Blu-ray. 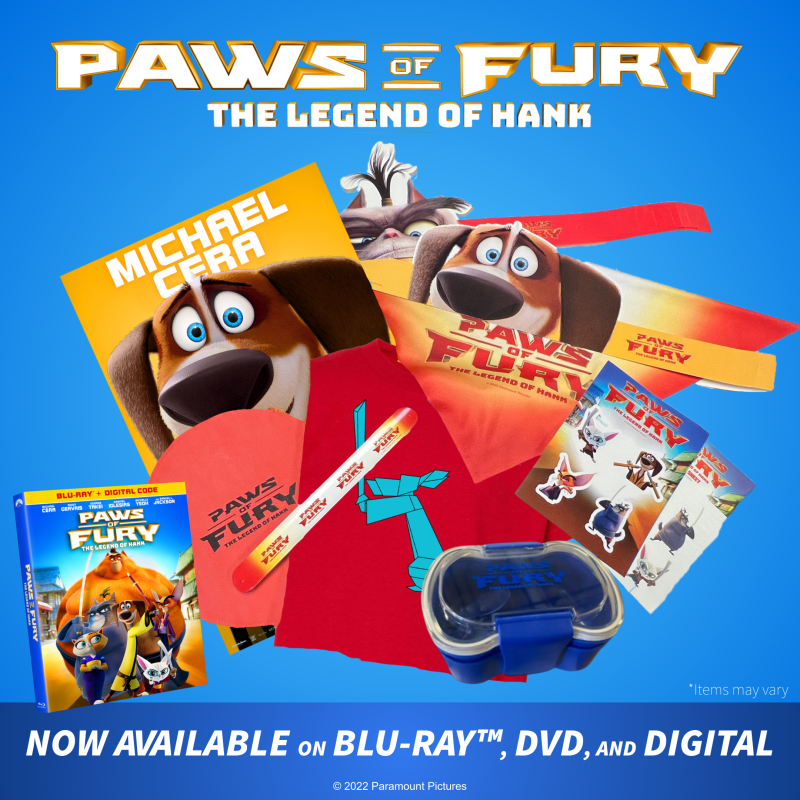 Not too much is known about the upcoming sequel to Ridley Scott’s Gladiator, but according to star Russell Crowe in…
Movies 10 hours ago

ComingSoon has five The Munsters prize packs to give out. The pack contains a Munsters T-shirt, The Munsters Blu-ray (signed by Rob…
Movies 4 months ago

ComingSoon has five Thor: Love and Thunder prize packs to give out. Each pack contains an exclusive signed D23 Expo poster for…
Movies 4 months ago