Another Uncharted movie poster has been released for the long-awaited film adaptation of Naughty Dog’s hit video game series. This poster shows more of the cast rather than just showing stars Tom Holland and Mark Wahlberg. The film will make its debut in theaters on February 18.

Check out the Uncharted movie poster below: 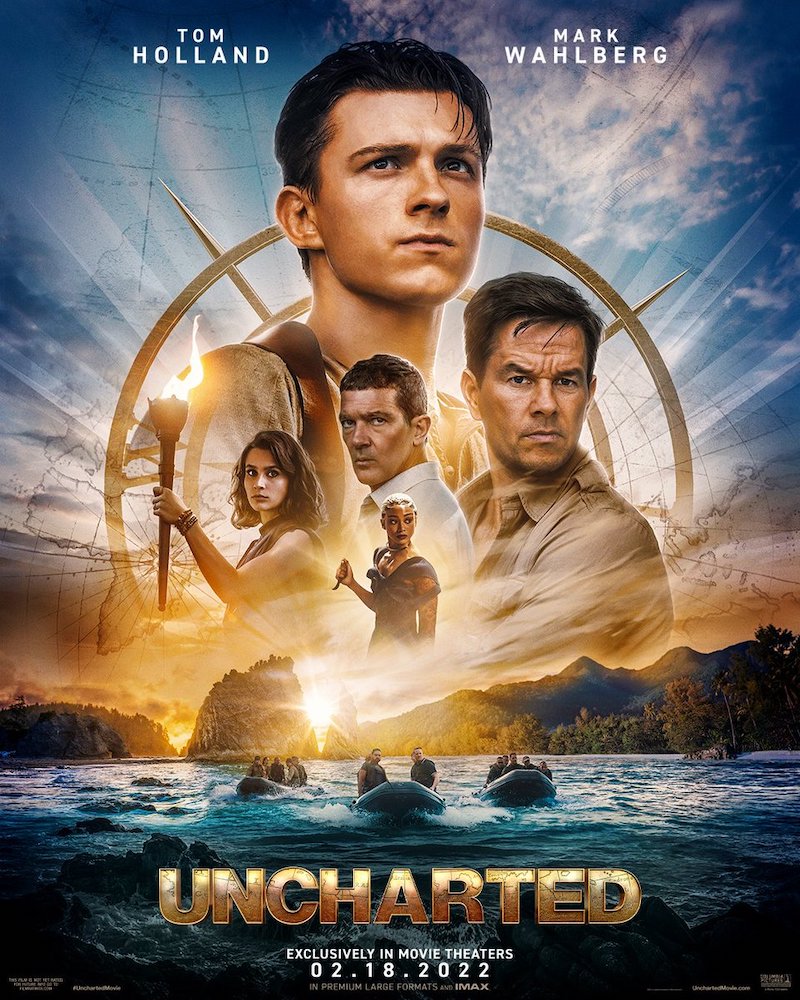 “Street-smart thief Nathan Drake (Tom Holland) is recruited by seasoned treasure hunter Victor “Sully” Sullivan (Mark Wahlberg) to recover a fortune lost by Ferdinand Magellan 500 years ago,” says the official synopsis. “What starts as a heist job for the duo becomes a globe-trotting, white-knuckle race to reach the prize before the ruthless Moncada (Antonio Banderas), who believes he and his family are the rightful heirs. If Nate and Sully can decipher the clues and solve one of the world’s oldest mysteries, they stand to find $5 billion in treasure and perhaps even Nate’s long-lost brother…but only if they can learn to work together.”

The live-action adventure film is directed by Ruben Fleischer from a screenplay written by Rafe Lee Judkins, Art Marcum, and Matt Holloway, based on the story by Judkins, Jon Hanley Rosenberg, and Mark D. Walker.

The much-anticipated Black Panther sequel is the crown jewel of the Disney+ schedule for February 2023. The streaming service (sign-up…
Movies 10 hours ago

The Last of Us HBO Character Posters Spotlight Main Cast

The Last of Us is coming to HBO Max in just over a month. And while some of the cast…
TV 2 months ago

Sony has released more Spider-Man: No Way Home posters to celebrate its digital release. The three posters, and a composite shot…
Movies 10 months ago

Spider-Man: No Way Home BTS Footage Shows the Making of the Meme

Sony Pictures has released behind-the-scenes footage from the filming of Spider-Man: No Way Home. The clip features all three Peter Parkers…
Movies 11 months ago

Sony Pictures has dropped the Father Stu featurette for its forthcoming biographical drama, featuring a commentary by lead star and…
Movies 11 months ago