Sonic‘s 30th anniversary has seen the release of a new poster for Sonic the Hedgehog 2 ahead of its release next year. Additionally, it’s been announced that a trailer for the next game in the series and the upcoming film will be shown tomorrow at The Game Awards. Both Jim Carrey and Ben Schwartz will be at the awards show.

Tomorrow night — Sonic's 30th anniversary gets even bigger. See the next game and….we're excited to welcome @jimcarrey and @rejectedjokes to #TheGameAwards to world premiere #SonicMovie2! pic.twitter.com/78WDL2JLk3

Check out the Sonic the Hedgehog 2 poster below: 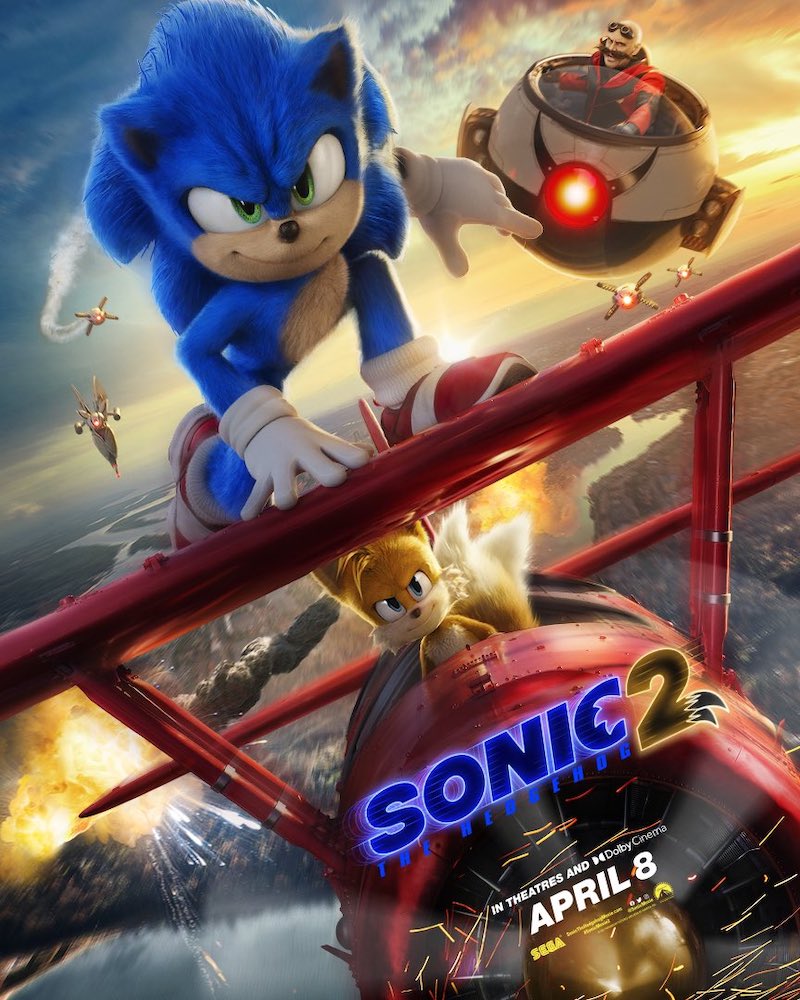 Sonic the Hedgehog 2 will see the return of the original film’s main cast including Ben Schwartz (Parks and Recreation) as the voice of Sonic, James Marsden (Westworld) as Tom Wachowski, Tika Sumpter (Ride Along) as Maddie Wachowski, and Jim Carrey (Kidding) as Sonic’s rival, Doctor Robotnik/Eggman along with Adam Pally (The Mindy Project) and Natasha Rothwell (Wonder Woman 1984).

It’s also been confirmed that the video game’s fan-favorite characters Miles “Tails” Prower and Knuckles the Echidna (voiced by Idris Elba) are now joining Sonic in the sequel.

Writers Pat Casey and Josh Miller, with Neal H. Mortiz, Toby Ascher, and Toru Nakahara are all returning to produce while Hajime Satomi, Haruki Satomi, and Tim Miller will return to executive produce. The sequel will arrive in theaters on April 8, 2022.

During an interview with ComingSoon, writers Josh Miller and Pat Casey spoke about their writing process for the Sonic the Hedgehog movies, including their penchant…
Movies 1 month ago

Sonic Frontiers 2: What a Sequel Needs

Sonic Frontiers was a bold step for the franchise, and like so many reinventions, it had a good mix of great…
Games 2 months ago

Sega has unveiled the 2023 content road map for the most recent Sonic the Hedgehog game, Sonic Frontiers. RELATED: Sonic Frontiers Is a Promising…
Games 2 months ago

Netflix has released an official trailer and poster for Sonic Prime, the upcoming animated series based on a new version of…
TV 3 months ago