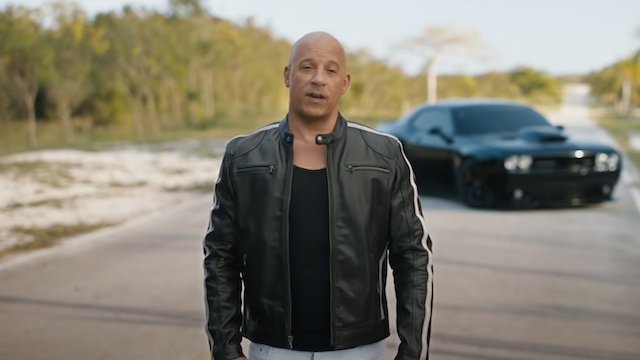 F9: The Fast Saga marks a significant triumph for the domestic box office as it earned $70 million in its opening weekend.

This marks the highest-grossing opening weekend since Star Wars: The Rise of Skywalker released in late 2019. It also pushes the film’s global gross to $405 million, with #335 million coming from international markets. This weekend  F9 added 22 new No. 1 opening markets for a total of 45 territories and grossed $108 million this weekend total with $38 million from international markets such as Mexico, the UK, and Brazil.

NBCUniversal released the following information on its international performance:

RELATED: John Cena Would Like to See Jakob Toretto Meet The Rock’s Hobbs

F9 also set a pandemic-era record opening at the IMAX box office as well as it brought in $5.5 million in North America. This runs up its IMAX total to $30 million with an addition $1 million coming internationally this week. “Continuing this franchise’s appeal to broad audiences, more than half of those who attended were Hispanic and African American with Hispanics being the largest audience of those who attended,” NBCUniversal notes. “Given the Fast franchise’s devoted fanbase and historical success, F9 is poised to continue a healthy run through the summer and beyond.”

James Cameron’s Avatar: The Way of Water continued its box office reign, accounting for $15.7 million (-22%) to bring its…
Movies 6 days ago

James Cameron’s Avatar: The Way of Water continues to play well even after six weeks of release. The big-budget sequel…
Movies 2 weeks ago

Moviegoers flocked out in droves to see Hollywood’s latest and greatest over the Martin Luther King weekend. Five films —…
Movies 3 weeks ago

In a surprising twist, the Blumhouse thriller M3GAN proved quite formidable at the January box office, pulling in a terrific…
Movies 4 weeks ago