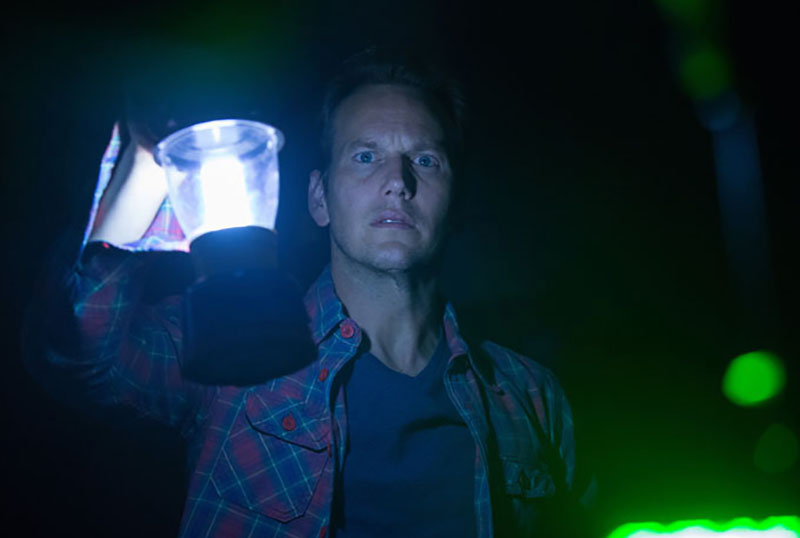 Patrick Wilson says the door’s not closed on Insidious return

While fans are still waiting to hear if the Insidious franchise will be getting a fifth chapter, Patrick Wilson (Aquaman) has revealed that though his story seemingly concluded in the previous movies, he hasn’t closed the door on returning to the hit horror series. Franchise star Lin Shaye has teased that development on Insidious 5 is currently in the works.

In an interview with The Hollywood Reporter, in which Wilson confirmed he’d be returning for Aquaman 2, Wilson said that his continued involvement with original director James Wan and producer Jason Blum has helped keep him in the know on the future of the franchise.

“I see these people a lot, but there’s no script or anything like that. I just don’t know what you’d do, but I haven’t talked specifically about anything,” Wilson said. “I talk to Jason Blum every so often, and we’re friends. And I’ll see Leigh… James keeps an eye on that, but I don’t know where you’d go.”

The actor, who starred in the first two films as Lambert patriarch Josh and cameoed in the fourth installment, says he never looks at potential project as closed.

“I don’t know what you would do, but I never felt like it was closed,” Wilson said. “I just felt like for Josh Lambert, we’ve already seen him possessed and free of possession. There’s not a whole lot for that guy to do anymore. I don’t know where they would want to go with the series, but I never close any doors. There’s no big red door that’s closed.”

The first film hit theaters in April 2011 and was a major success, earning generally positive reviews from critics and audiences and scaring up just under $100 million at the box office. Its success not only helped revive Wan’s and writer Leigh Whannell’s careers but also helped Blumhouse Productions continue their rise to its current mammoth status of box office champion.

Brendan Fraser on Returning to The Mummy Franchise: ‘Sign Me Up’

What did you think of this week's episode?
TV 2 months ago

The Conjuring 4 in Development, Writer Set for Sequel

Ed and Lorraine Warren are headed back to the big screen, as The Conjuring 4 is in the works, with…
Movies 3 months ago

Production on Blumhouse’s forthcoming fifth installment to the horror franchise Insidious has officially wrapped. This news was shared by Succession star Dagmara Dominczyk…
Movies 5 months ago