Liam Neeson is a hallmark of modern American action films, often known for his ability to kick butt on screen—but Neeson can play many other roles. He has played poignant drama under Steven Spielberg with Schindler’s List as well as Martin Scorsese with Gangs of New York and later Silence. He has dipped his toe in space fantasy with George Lucas’s Star Wars: Episode I — The Phantom Menace. He has tried his hand at comedy with Seth MacFarlane’s A Million Ways to Die in the West and smaller roles in Ted 2 and Family Guy. He has taken to children’s movies like The Chronicles of Narnia and Phil Lord and Chris Miller’s The Lego Movie. Indeed he is versatile. But it is like;y his legacy may be securely cemented in the genre of action after films such as Non-Stop, The Grey, The Commuter, A Walk Among the Tombstones and—of course—the Taken trilogy. Here are Neeson’s best films—regardless of what genre. 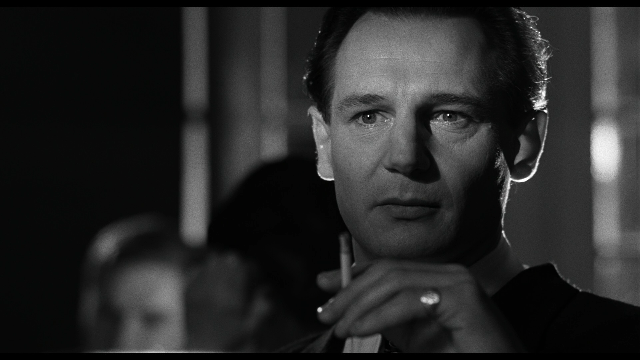 In Steven Spielberg’s critically-acclaimed World War II-era biopic, Neeson plays the central character of Oskar Schindler. Schindler, a German businessman and Nazi Party member in Poland who experiences a moral crisis as he witnesses the abuses of the Jewish population and tries to find a way to help them in secret. Neeson’s performance and the film at large are deeply moving. 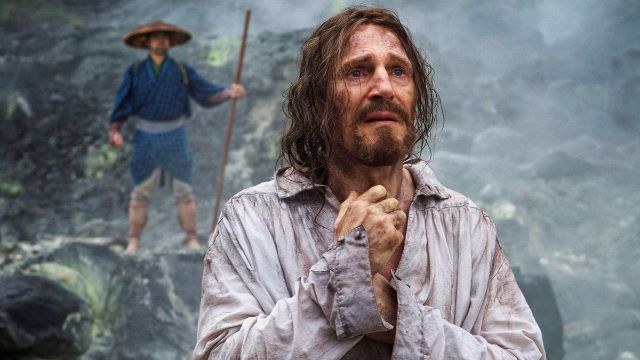 Martin Scorsese’s passion project about the Christian purges in Japan in the 17th century contains one of Neeson’s best roles. He plays Jesuit priest and missionary Cristóvão Ferreira who renounces his faith after being tortured. His apostasy leads his former students (Andrew Garfield and Adam Driver) to seek him out. Silence is a lengthy, challenging piece of cinema. 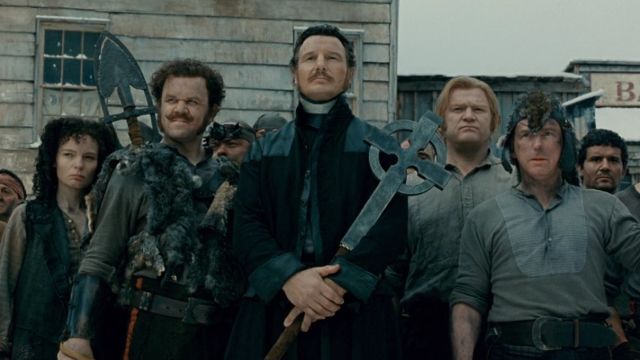 Neeson’s character in Scorsese’s Gangs of New York is brief but integral. Neeson’s Priest Vallon is the leader of a group of Irish Catholic immigrants in the slums of Manhattan. He is the antithesis to antagonist Protestant psychopath Bill “the Butcher” Cutting (Daniel Day-Lewis)—who kills him in a battle between their gangs. Vallon’s son (Leonardo DiCaprio) swears revenge on Cutting. It is a sprawling film and an unfortunately somewhat forgotten one.

A Walk Among the Tombstones 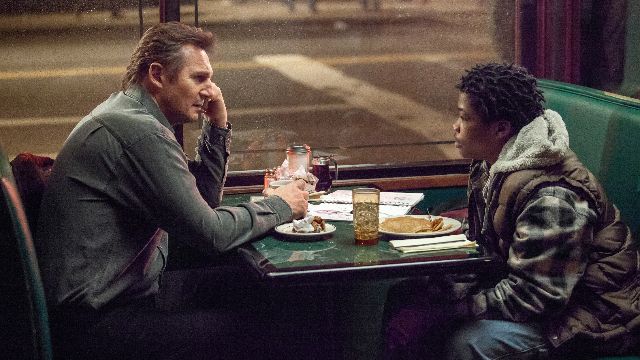 Critics enjoyed Neeson’s performance as Matt Scudder, a retired detective haunted by his past. He agrees to help identify the people who kidnapped and murdered the wife of a drug trafficker, all the while building a relationship with a young homeless boy who helps him uncover the mystery. It is a sturdy genre film worth watching for anyone who is a fan of modern noir. 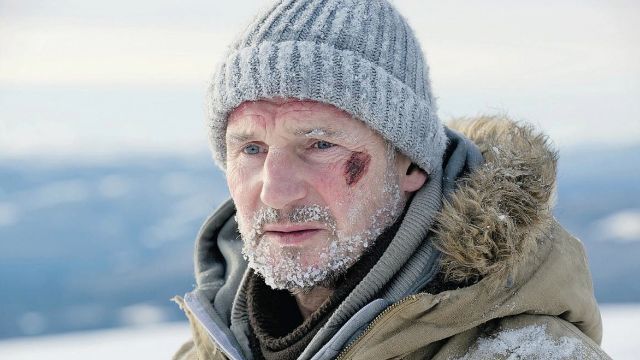 The Grey finds Neeson’s John Ottway and a group of other men stranded in the Alaskan wilderness when their plane crashes. They soon discover that they are in wolf territory, and the great beasts slowly whittle down the number of survivors one by one. It is a gripping, tense film which captures well the cold, uncaring nature of the northern climate. 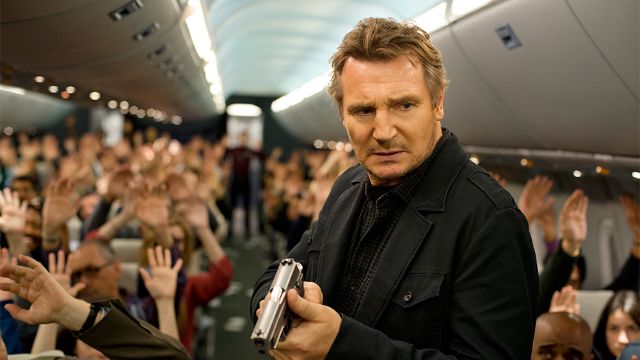 In Non-Stop, Bill Marks (Neeson) is a jaded U.S. Air Marshal and alcoholic whose life is flipped upside down when a mysterious text tells him that someone on his flight will die every 20 minutes unless he transfers millions of dollars into a certain bank account. Almost all of the film takes place in a single flight, making it a claustrophobic thriller of the highest degree. 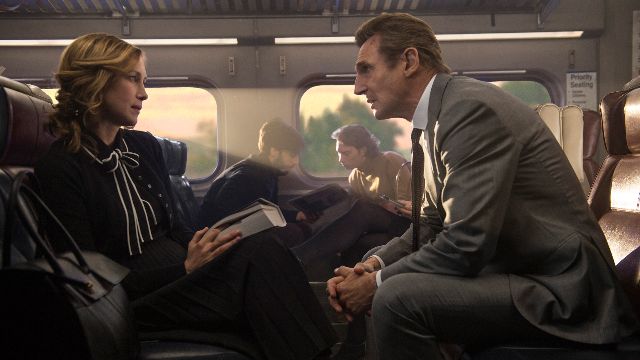 Michael MacCauley (Neeson) is a recently laid-off ex-cop who is worried about making ends meet. On his usual train, he is offered a significant sum of money by a mysterious woman in exchange for some detective work. He unwittingly accepts her proposal and his normal commute becomes increasingly abnormal. It is a tense thrill ride which is held down by Neeson’s typically grounded performance. 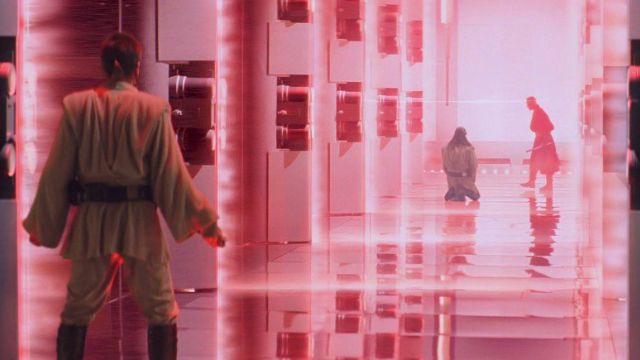 George Lucas’s first Star Wars prequel underwhelmed audiences. It lacked something unquantifiable which made the original three films as beloved as they were. However, Neeson’s turn as a young Obi-Wan “Ben” Kenobi’s master Qui-Gon Jinn is a laudable portrayal. He plays him wise and thoughtful yet sometimes brash and emotional; a calm but caring father figure. It was a stretch of a role for Neeson at the time but he performs it well. 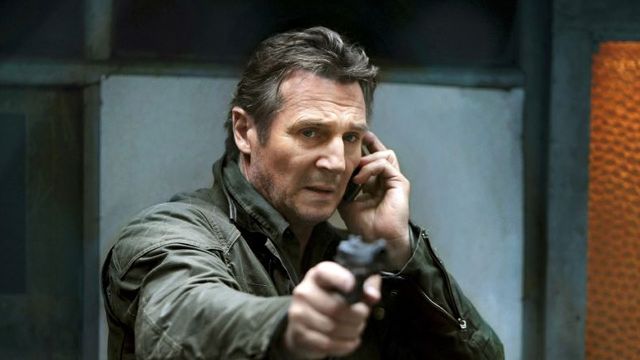 Taken looms large in our collective cultural memory. Its dialogue—and Neeson’s delivery of them—were often shared online between friends. The line “I will find you, and I will kill you,” in particular was a widespread internet phenomenon. The film is often credited as defining Neeson as an action star above all else. It is an exciting movie in which Liam Neeson plays an ex-CIA operative named Bryan Mills who has to track down the people who kidnapped his teenage daughter in Europe. 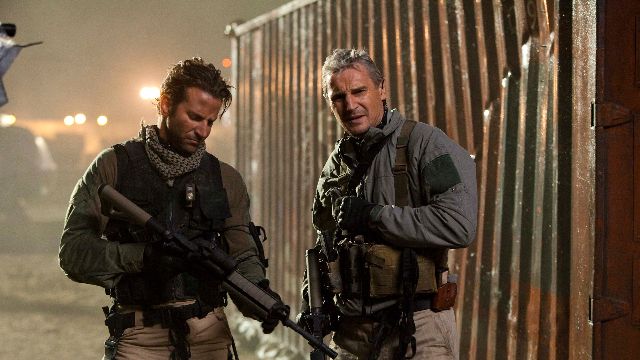 In the fun reboot of the famous 1980s action comedy, Liam Neeson plays John “Hannibal” Smith, the leader of the team who was framed for a crime they did not commit. Full of campy, exciting sequences and bizarre characters, The A-Team makes for a nice, enjoyable time at the movies.

According to Variety, Taken star Liam Neeson has entered negotiations for the leading role in Paramount Pictures’ upcoming modern reimagining…
Movies 4 months ago

Iconic Roles is a look at some of the best performances in film and television by actors and actresses. Samuel L.…
Movies 7 months ago

The latest Liam Neeson-led action film Memory is out in theaters today. Directed by the legendary Martin Campbell, the film stars…
Movies 9 months ago