(In partnership with Lionsgate)

Nearly 72 years ago, World War II finally came to an end. But in many ways, WWII will never fully be over. It was truly a war on a global scale, with countless casualties and victims. Even today, the events of WWII continue to shape our world and our culture. That’s one of the reasons that World War II films have captured the collective imaginations of moviegoers for such a long time. The backdrop of war is often horror, but the canvas of WWII is so broad that it also has room for hope and romance. It wasn’t the end of the world, and for some, it was a new beginning.

On Friday, April 21, the British film Their Finest will make its debut to UK cinemas. It’s a romantic comedy set in 1940, back when London was under siege and Britain was on largely its own in the war. Gemma Arterton stars as Catrin Cole, an untried screenwriter, who joins forces with Sam Claflin’s Tom Buckley and a former screen legend, Ambrose Hilliard (Bill Nighy), to make a movie about the epic evacuation of Allied soldiers from Dunkirk; a film to lift the nation’s spirits and inspire America to join the war. It’s also a very powerful take on the relatively overlooked roles of women during the war.

Before Their Finest hits cinemas on Friday, April 21, ComingSoon.net is looking back at some of the most significant World War II films ever made. During the height of the war, no one expected Casablanca to become an all-time classic. And yet Casablanca is easily one of the most popular World War II films, thanks to the timeless performances of Humphrey Bogart and Ingrid Bergman, as well as the doomed romance between their characters, Rick Blaine and Ilsa Lund. This picture has captivated moviegoers for several generations, and its legacy has already been secured. Sometimes, “a kiss is just a kiss” and “a sigh is just a sigh. The fundamental things apply…as time goes by.”

The Most Significant World War II Films: From Here to Eternity (1953) Under a decade after the war came to a close, From Here to Eternity dramatized the lives of the soldiers stationed on Hawaii prior to the Pearl Harbor attack. This film is best remembered for the onscreen romance between Burt Lancaster and Deborah Kerr, and especially for that famous scene on the beach; which has been endlessly parodied for decades.

But this movie has more than a few emotional gut punches that still resonate, and there is something hauntingly tragic about the doomed romances and the fate of the soldiers that we followed throughout the story. The early World War II films have a reputation for romanticizing the conflict or portraying the Allies as unambiguously heroic. Attack! challenged those conventions by displaying another side of the war, as the cowardliness of one man leads to grave consequences for the soldiers under his command.

Make no mistake, Attack! is an anti-war film, but it still offers some hope for heroism in its climax as the unit refuses to let one of their own take the fall, and he doesn’t back down from challenging a cynical lie.

The Most Significant World War II Films: The Bridge on the River Kwai (1957) Two decades before Star Wars, Alec Guinness made his mark in The Bridge on the River Kwai as a British officer and a prisoner of war who loses himself in the construction of a bridge for the Japanese army. Guinness’ Lieutenant Colonel Nicholson is simultaneously the hero and the villain of his own story, as he goes too far in pursuit of his honour and he pays the ultimate price.

The Bridge on the River Kwai is a pretty magnificent film on its own, and the climax was unforgettable. This movie was the Oscar winner for Best Picture in 1958, and it really earned it.

The Most Significant World War II Films: The Great Escape (1963) Even the escapist WWII films have the power to emotionally move viewers. The Great Escape had an impeccably well-selected cast, including Steve McQueen, James Garner, Richard Attenborough, James Coburn, and Charles Bronson as it told the thrilling story of a plan for Allied POWs to escape from the ultimate German prison camp. But not all of those familiar faces make it out alive or even to freedom. There aren’t a lot of happy endings in World War II films, and sometimes the quiet acts of defiance are the closest thing to a triumph that the heroes are going to get.

The Most Significant World War II Films: Grave of the Fireflies (1988) Never underestimate the power of an animated film, especially if it’s from Studio Ghibli. Grave of the Fireflies tells the story of two Japanese children in the last days of WWII as they desperately flee the Allied bombing of their country. This is a story that does not pull its punches, and it offers a side of the war that has rarely been depicted in cinema. Get ready for heartbreak, but we won’t judge you if you cry at the ending. 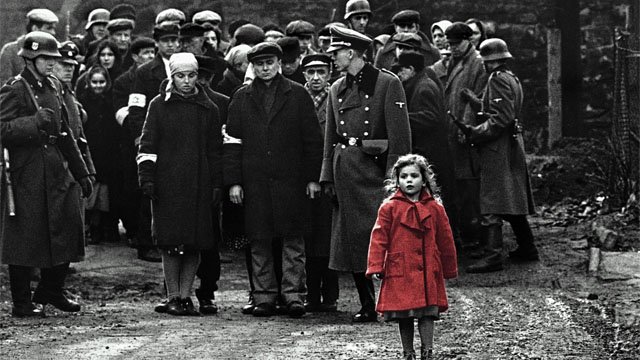 Steven Spielberg has touched upon World War II many times in his long career, but Schindler’s List is by far the most powerful of his films. Because of Spielberg’s reputation as a filmmaker, he was given the freedom to depict the horrors of the Holocaust in unflinching detail. It’s a masterpiece of the medium, and it continues to be culturally relevant almost a quarter century after its release. Five years after Schindler’s List, Spielberg revisited WWII again in Saving Private Ryan. This time, Spielberg tackled the darker side of the war itself, with an unforgettably graphic depiction of combat and the absolutely ugly way that the soldiers were killed and maimed in battle. Many previous WWII films romanticized the fighting sequences. This movie made the horror of war seem all too real.

And it just wouldn’t be a Spielberg film without a sense of hope. Even in the face of overwhelming death, the quest to save a single life still has meaning. 1998 also saw the release of Terrence Malick’s adaptation of The Thin Red Line, and it has also rightly become regarded as a cinematic classic. This film got a little lost in the wake of Saving Private Ryan, but it’s a harrowing take on the war with an uncommonly stacked cast. Many of the stars only have fleeting appearances in the film, while others were left out entirely during the film’s grueling editing sessions.

This film is remembered for the way it was masterfully shot and for its themes of destruction and creation. No one escapes from war unchanged, and sometimes they don’t escape at all.

The Most Significant World War II Films: The Pianist (2002) The most remarkable thing about The Pianist is that it turned the Nazi invasion of Poland into a deeply personal tale of survival for Adrien Brody’s Władysław Szpilman. As a Jewish man, Szpliman was forced to elude the Nazi and do almost anything to save his life. This tale resonated so deeply that it won an Oscar for Brody’s performance, and a Best Director award for Roman Polanski.

54-year-old Dave Bautista is arguably living his best days in Hollywood. The former World Wrestling Entertainment champion has been appreciated…
Movies 4 days ago