A Guide to the Batman v Superman Characters 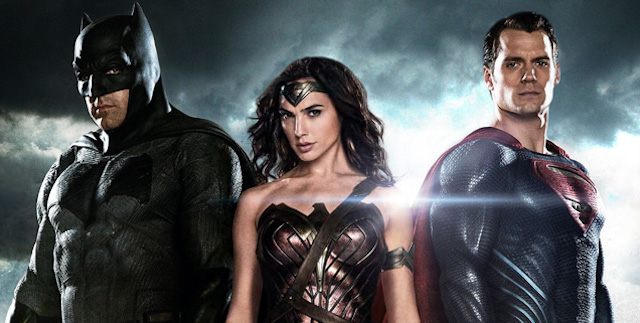 This month sees the release of Zack Snyder‘s Batman v Superman: Dawn of Justice, where we’ll get to see two comic book titans battle it out to save the world. We’ll also get our first look at Wonder Woman on the big screen and glimpses of a number of other superheroes that will make up the new DC Comics cinematic universe. Here’s a look at all the major Batman v Superman characters and what we know about them so far! 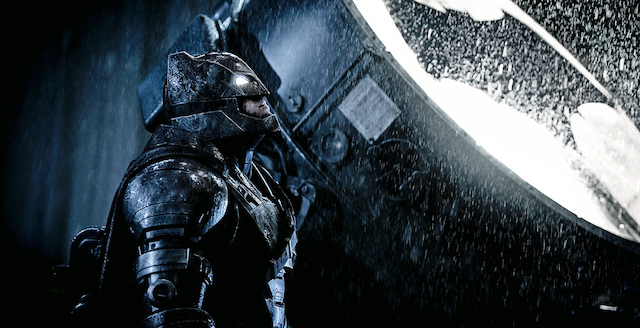 This version of the caped crusader is older and battle weary. We saw that shot of Robin’s costume with graffiti on it in the trailer, hinting that he was killed by the Joker. He’s got some serious issues with Superman and the damage he’s caused. In the trailer, we see a shot of him cradling a child during the battle that killed Zod, and there is a whole lot of tension between these two titans. We’re not getting the full Batman origin story here, but there are reportedly some flashback scenes, including one at the theater where his parents were killed. After the big battle at the end of Man of Steel, Superman killed General Zod (Michael Shannon). Now the world is split about whether or not having an alien this powerful on Earth is a good thing. He’s leveled part of a city and it’s got everyone concerned, especially a certain superhero named Batman. Clark also has to deal with the guilt over the damage he caused while trying to save the world. 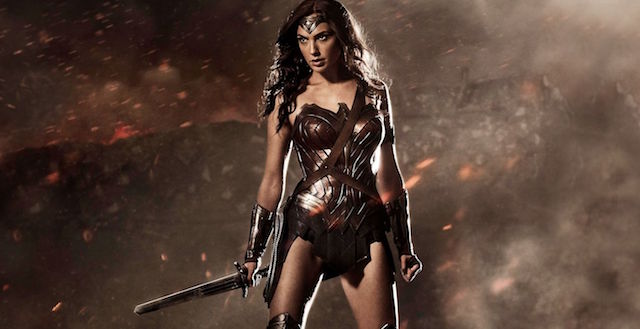 Gal Gadot (Fast Five) will play Diana Prince, aka Wonder Woman, who has shockingly never been portrayed on the big screen. She’s a demigod with her origins matching that of DC’s New 52 version of Wonder Woman and the god Zeus as her father. Gadot has been training in everything from kung fu to sword fighting to jujutsu. She’ll debut in Batman v Superman but will have her own solo film set in WWI, directed by Patty Jenkins and starring Chris Pine as Steve Trevor. 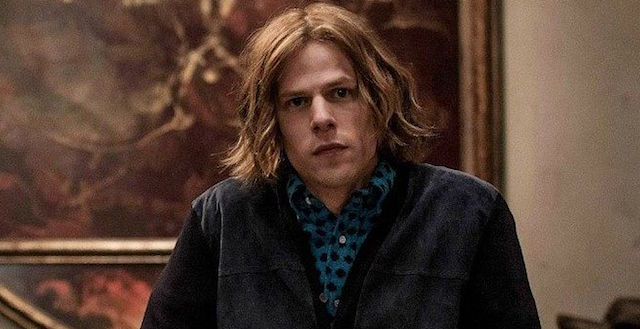 In this younger-than-usual incarnation, the villain Lex Luthor is a business mogul — with hair. Eisenberg has said that the transition to the traditional baldness is one of the best scenes he’s ever gotten to film. He’s also stated that we’re getting some backstory and that it’s “tragic and emotional.” He’s acquired the body of Zod and you can bet he’s not going to do anything good with it. We’ll see the return of reporter Lois Lane in Batman v Superman, but things have changed. She’s moved in with Clark Kent and her reporting career is going stronger than ever. Adams recently stated that she had a big scene with Batman that required some major stunt work.

Game of Thrones star Jason Momoa will make an appearance in Batman v Superman before getting his own solo film. Momoa has revealed that we may see hints of Aquaman’s orange and green costume and said he’ll be “meaner now and upset” because of the state of the oceans. Yet another version of the super speedster will appear in Batman v Superman, this time played by The Perks of Being a Wallflower’s Ezra Miller. We have little information on how he’ll be revealed, but it will be our first look at Barry Allen in the DC Cinematic Universe and we’ll get to compare that to the TV version, played by Grant Gustin.

We’re going to get a small glimpse of Victor Stone, aka Cyborg, in Batman v Superman, though we don’t have any details on his appearance. However, he’s part of the upcoming Justice League films as well, and getting his own solo film in 2020.

In the Senator Finch issue of the prequel comic, we learn about a meeting of the Senate Subcommittee on Emerging Threats and Capabilities, where the dangers of a being like Superman are discussed. Finch says they have their “best people” on it. In the trailers, Finch appears to be concerned about his powers and having Lex Luthor whisper in her ear isn’t helping matters. He’s Bruce Wayne’s loyal butler, but don’t expect Jeremy Irons to give us the Alfred we’re used to. He told THR, “He is quite a different Alfred than we have seen so far. Zack Snyder had very clear views about what he wanted… I would just say he’s more hands-on perhaps than just a butler.” He’s also revealed that his role is not a large one.

We’ve all seen one of the big bads of the film, Doomsday, in the trailers. Voice actor Robin Atkin Downes recently revealed on Twitter that he “helped bring Doomsday to life.” Comic book fans know that Doomsday is the one who killed Superman, though it’s unlikely that will be the case in the film. Not with Justice League coming out, anyway.

Stay tuned to ComingSoon.net for more info on Batman v Superman: Dawn of Justice. The film will hit theaters on March 25, 2016.

Just a week after the cancellations of Doom Patrol and Titans, and the unveiling of a new DCU slate, HBO…
TV 2 days ago

In a video detailing DC Studios’ cinematic slate, co-CEO James Gunn revealed his plans for the DCU’s Batman, who will…
Movies 3 days ago