From Treasure Island to Alien Encounters: Ranking The Muppet Movies

Who doesn’t love a good The Muppets movie? Cranky people, that’s who. For this list, we’re going to count down The Muppets movies (theatrical releases only, folks) from worst to best, with even the worst one having the bonus of involving Muppets, so it can’t be all that bad.

RELATED: The Muppet Show: All 5 Seasons of Classic Sitcom Coming to Disney+ 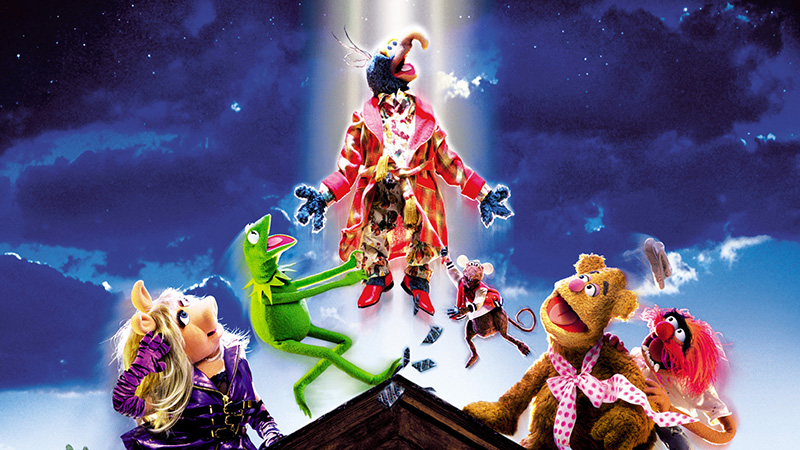 Look, there’s a reason that there was a twelve-year gap in Muppet movies after From Space, and I don’t think it was because of Miss Piggy’s contract negotiations. While it does have the advantage of answering the age-old question “What the heck is Gonzo?” it’s also the only non-musical Muppet movie and has the disadvantage of starring Jeffrey Tambor and Rob Schneider. Those two men were not meant to star in a Muppet movie, and I think I can leave it at that. 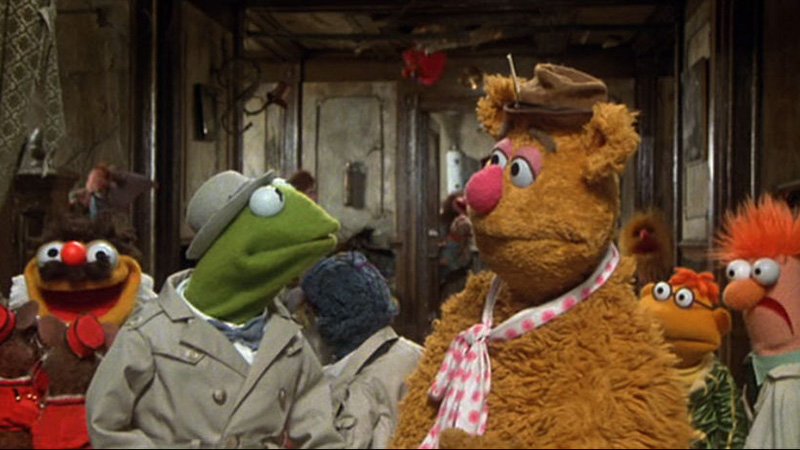 Putting The Great Muppet Caper at second to last on this list guts me just a little. First, because it was the only Muppet movie directed by Jim Henson, and secondly because it starred the wonderful Diana Rigg, playing off of Miss Piggy. A Muppet heist movie should have been a smashing success, but the film’s premise of Kermit and Fozzie as reporters and the overly focused spotlight on Miss Piggy bog it down. The cast is wonderful and the actual heist itself is fun, and Henson’s attention to technical details in some of the scenes is marvelous, but the plot could have been structured better. 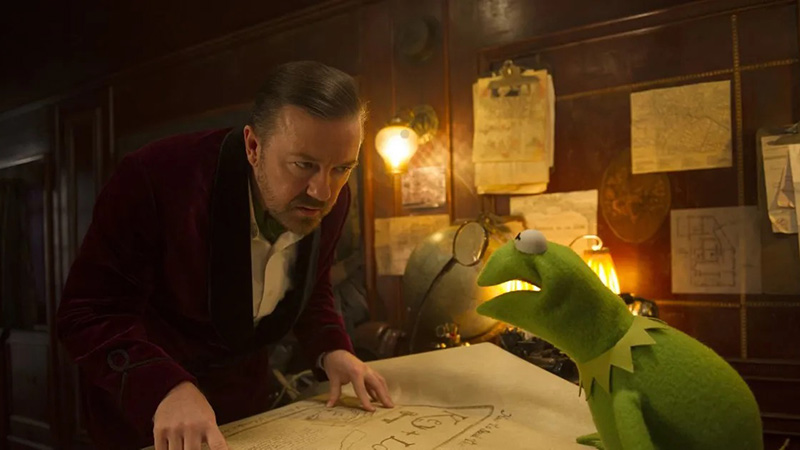 The sequel to 2011’s The Muppets, Most Wanted deals with the gang getting back on their feet after a hiatus, meeting Tina Fey, and having Kermit kidnapped by an odd Russian imposter-frog. While it’s not a bad movie, and Fey and Ricky Gervais are excellent choices to star alongside the Muppets, it lacks that real Muppet spark that was so evident in its predecessor. Again, bogged down by an overly complicated plot and a very bizarre Kermit imposter, this film, like Caper, could have been so much more. 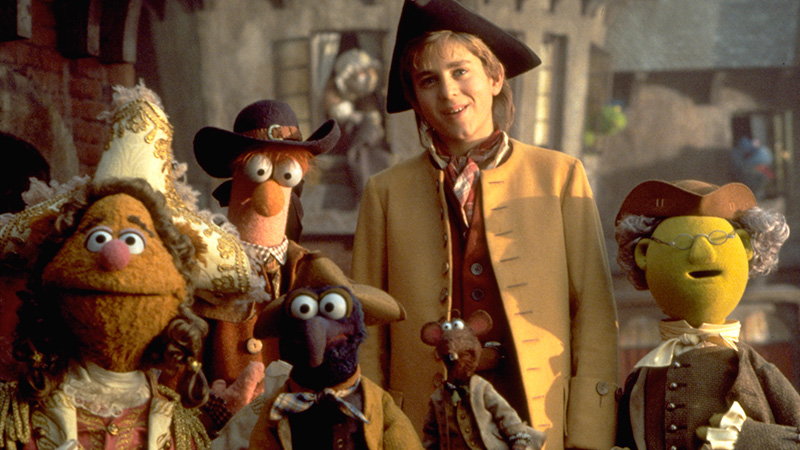 I’ll admit, I’m biased. I love the original book of Treasure Island. I also love Tim Curry, and the Muppets, and so I’m willing to overlook minor gaffs and other issues, because it’s freaking Tim Curry and the Muppets! As pirates! And legitimate sailors. But no one in the history of ever has read or watched Treasure Island because they were interested in legitimate sailors. In addition to the excellent cast, Treasure Island has wormed its way up the list for several insanely catchy musical numbers including “Cabin Fever” and “A Professional Pirate.” While it’s not the most faithful adaptation of the classic, the story works well with the added Muppety charm. 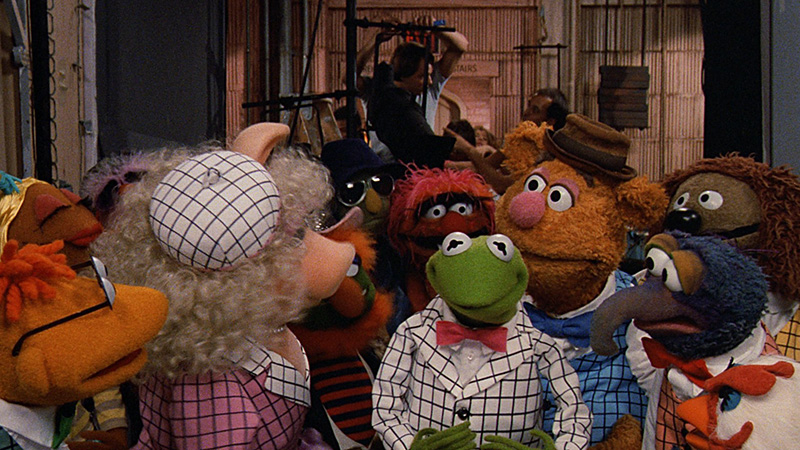 The last Muppet movie before the death of Jim Henson, and often seen as the concluding entry in the trilogy, Take Manhattan is a true gem. Basically remixing the plot of the original movie and substituting Broadway for Hollywood, Kermit gets the band back together and sets their sights on the stage. Rizzo the Rat takes a lead role, and the Muppet Babies are seen for the first time, while Miss Piggy shows off the technical marvel of being a rollerskating puppet. NYC is a great backdrop for the Muppets’ shenanigans and fun, which keeps it from feeling stale. 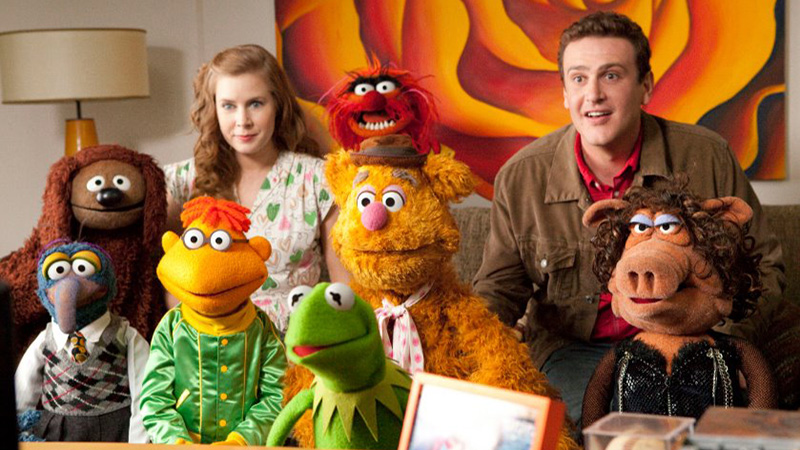 Also known as The Great Muppet Comeback (Okay, no it’s not, I made that up) 2011’s The Muppets is what brought the fuzzy crew back into the spotlight after over a decade of home video releases and moderately successful TV shows. Following in the footsteps of previous movies, Kermit sets out to reunite the Muppets with some help from new friends, while also dealing with a conniving businessman. The tongue in cheek humor and self-awareness are all perfect, and the soundtrack being stuffed full of catchy musical numbers and classic songs like “We Built This City” only makes it better.

If you’d told me that Jason Segel, from How I Met Your Mother, was going to make a Muppets movie, I’d have probably searched for the nearest table to hide under. This movie being not only good, but good enough to restart the Muppets franchise was an unexpected but utterly delightful surprise. 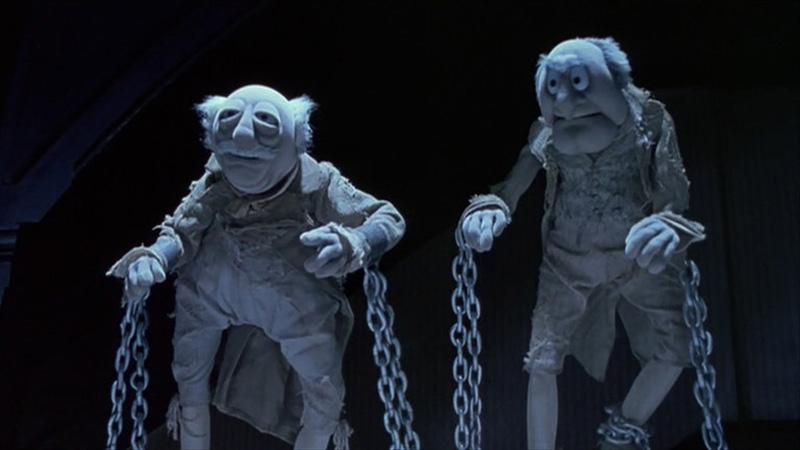 Often called the most faithful adaptation of A Christmas Carol, the Muppets and Michael Caine work oddly well together. Caine as Scrooge is perfect casting, and his stick straight delivery and demeanor through the whole thing only enhances the fun and joy that both the Muppets and his co-stars are having as kind, Christmas-loving folks.

The songs are catchy and the duo of Rizzo and Gonzo as narrators and Charles Dickens stand-ins works perfectly. While Kermit is out of focus more than usual in this film, the Muppet ghosts work hard to fill his shoes. It’s festive, an excellent adaptation and shows the range of both the Muppets and the filmmakers behind it all. As the first Muppet film made after Jim Henson’s death, it’s hard to imagine he’d be anything other than extremely proud of his team and creations. 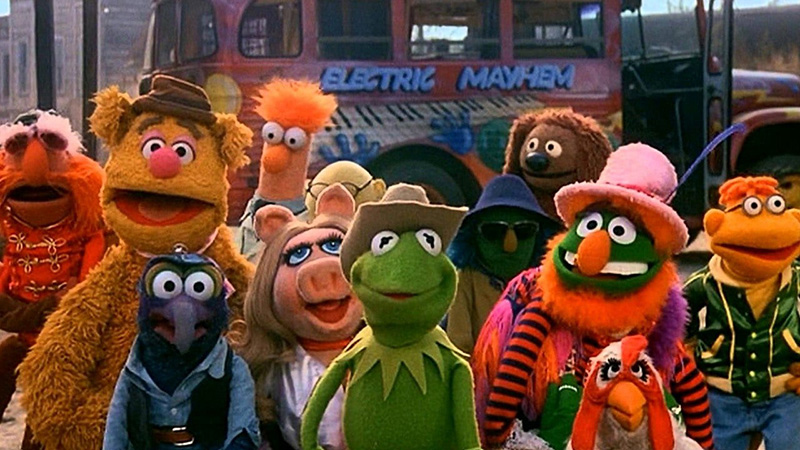 You can’t beat a classic! Well, maybe you can, but not on this list. Snagging the number one spot is the original The Muppet Movie. This musical, technical extravaganza is pure fun from start to finish, featuring appearances by literally every single Muppet in the repertoire. While the framing device of the Muppets watching The Muppet Movie is great, the plot centering around Kermit’s dream of moving to Hollywood to become famous and bring joy to people is a touching parallel to Jim Henson himself, bringing the heart of the film as well as the laughs. Lest we forget, every song in this film is amazing, in particular “The Rainbow Connection.”

Every Muppet gets a chance to shine, and the celebrity cameos are all witty and brilliant, though that guy with the ventriloquist doll creeps me out. More than anything, The Muppet Movie’s theme of chasing your dreams and living life with your friends, despite the obstacles that come your way, is one that will always resonate with people and what truly makes this a timeless classic.

If you’ve watched all your favorite Christmas classics by now, here are some underrated ones for you to finish out…
Movies 1 year ago

The Muppet Show: All 5 Seasons of Classic Sitcom Coming to Disney+

“I thought there was a method to this madness, but it appears to be just madness."
TV 3 years ago