Dwayne Johnson isn’t the man who leaves audiences indifferent either when taking on live-action roles or voicing characters. At 50, Johnson is one of the highest-grossing stars in Hollywood, and it appears that everything he touches turns into gold. The next big challenge of the former WWE superstar known as “The Rock” is the live-action adaptation of Black Adam, DC’s popular antihero. In the upcoming movie, Johnson is portraying the titular hero, and fans can be sure that Johnson will add his electrifying personal touch to the role as usual.

Here are the best Dwayne Johnson action movies to rewatch before diving into the latest outing of the charismatic actor. 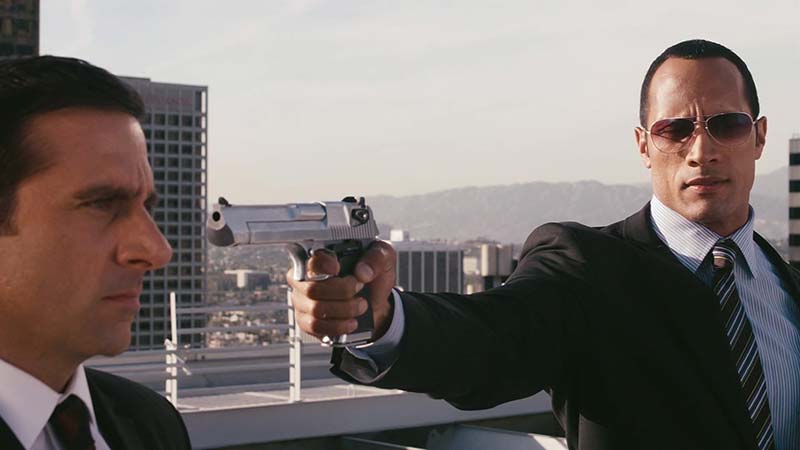 The first Hollywood appearances of Johnson were a couple of hits as both The Mummy Returns and The Scorpion King did well at the box office. After that, “The Rock” struggled to establish himself as a credible action hero for a few years. Surprisingly, the former WWE star gained some reputation after switching to comedy. The litmus test he didn’t fade in the genre was his performance with Steve Carell and Anne Hathaway in 2008’s Get Smart. Directed by Peter Segal, the long-feature adaptation of the ’60s series follows the misadventures of Maxwell Smart (Carell) in his attempt to become a field agent of the U.S. spy agency Control. In the story, Johnson is Agent 23, Max’s idol and the best spy at Control, who seems to be hiding something behind his dazzling smile and pleasant attitude. 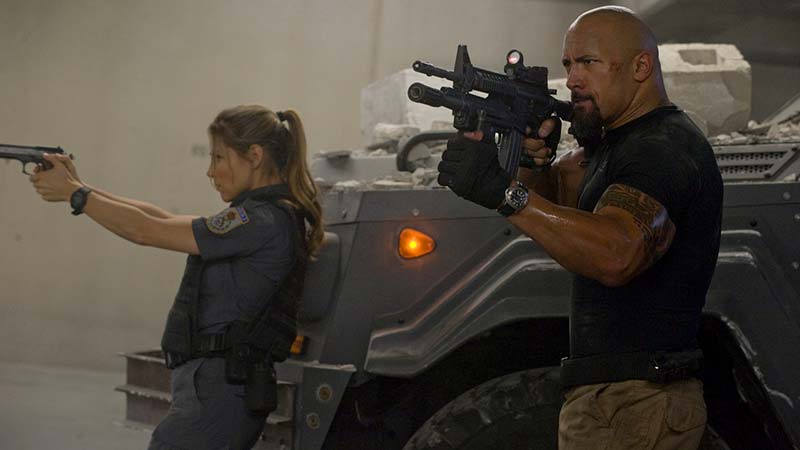 It’s hard to argue with the claim that director Justin Lin’s work and Johnson’s charisma saved Fast and Furious, refueling the fans’ interest in the franchise. In his first appearance as Luke Hobbs in the high-octane action film franchise, Johnson portrayed a one-person army chasing Dominic Toretto’s gang as they planned the greatest heist attempted in Rio de Janeiro. The battle without quarters between Johnson and Vin Diesel recalled the Steve Austin/The Rock rivalry from the Attitude Era.

Fast Five is one of five movies in the franchise starring Johnson. While it’s not the highest-grossing Fast and Furious movie, it outperformed even the most optimistic expectations at the time. While Johnson left the saga after seemingly arguing with Diesel, fans still hope for the showdown between the Diplomatic Security Service agent and Toretto. The fact that Diesel seems to have buried the hatchet after asking for Johnson’s return bodes well for the future. 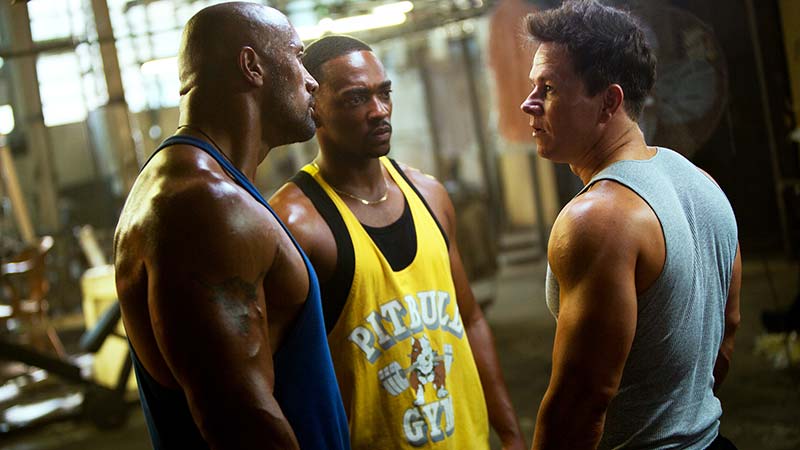 In 2013, Johnson teamed up with The Rock director Michael Bay in one of the rare comedies helmed by Bay. The script deals with three bodybuilders who take by force what they can’t achieve with hard work. The former WWE star portrays Paul Doyle, a former convict with a cocaine addiction who turned to Christianity. Paul and his pals, Daniel (Mark Wahlberg) and Adrian (Anthony Mackie), pursue the American Dream by any means. Once more, Johnson showed excellent synergy with his fellow actors and proved he was unfairly overlooked as an actor. 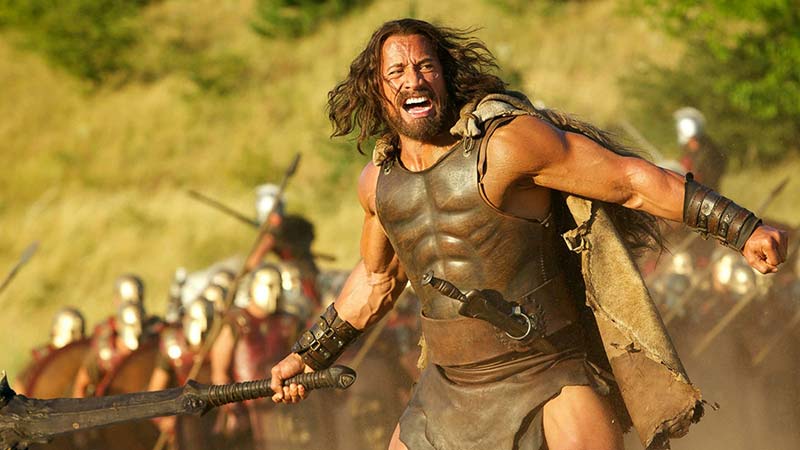 Johnson’s performance in 2014’s adaptation of the graphic novel by Steve Moore was a statement at the time. In the story, Hercules uses the legendary tales surrounding his alleged divine origin to gain fame. Together with a band of mercenaries, he brings peace to Thrace, a land devastated by civil war and invasions.

Johnson took on a real Herculean task in delivering an entertaining performance as the titular mythological hero. While he dealt with a flawed script, the Californian actor perfectly embodied the not-so-much son of Zeus. He explored Hercules’ physicality in a way never seen before in the sword-and-sandal genre. Arguably, Johnson was the only actor who could keep the audience constantly guessing about his character’s nature, either divine or simply human.

Dr. Smolder Bravestone in Jumanji: Welcome to the Jungle (2017) 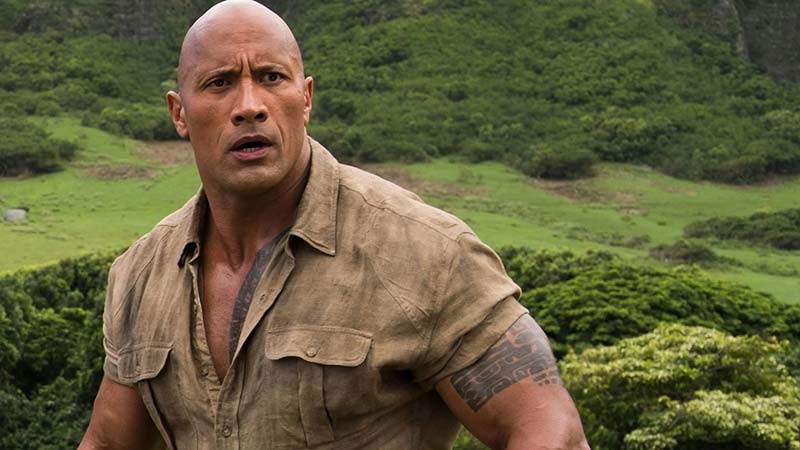 A group of teenagers finds themselves mysteriously trapped inside a video game. After taking the physical shame of the adult avatars they picked, the game challenges the players to face dangerous adventures. While making their way out of the game and back to their old lives, the four teenagers will learn to work together and overcome their insecurity in this coming-of-age story. Both critics and general audiences liked the movie, which received a sequel in 2019’s Jumanji: The Next Level.

When it was first announced that 1995’s Jumanji would have a direct sequel, fans didn’t know what to expect. The result was an entertaining comedy directed by Jake Kasdan. The cast also saw Karen Gillan, Kevin Hart, and Jack Black, all in great shape for the occasion. The bulked actor ironically jokes about his statuary physique without ever being predictable and shines throughout his role, resulting in one of the best Dwayne Johnson action movies. The characters might be a bit stereotyped, but they work very well together.

54-year-old Dave Bautista is arguably living his best days in Hollywood. The former World Wrestling Entertainment champion has been appreciated…
Movies 6 days ago

While not too much is known about the upcoming comedy holiday film Red One starring Dwayne Johnson, the actor did…
Movies 2 weeks ago

Iconic Roles is a look at some of the best performances in film and television by actors and actresses. After starring…
Movies 3 weeks ago

Iconic Roles is a look at some of the best performances in film and television by actors and actresses. Few Hollywood…
Movies 3 weeks ago