While speaking with the Haunt filmmakers and A Quiet Place writers about Haunt’s new two-disc Blu-ray Collector’s Edition (available here), ComingSoon.net had the chance to ask Scott Beck and Bryan Woods what they think the five best horror screenplays are. The duo was gracious enough to dive into the horror scripts that landed at the top of their list, including Alien, The Sixth Sense, and more, which you can check out below! 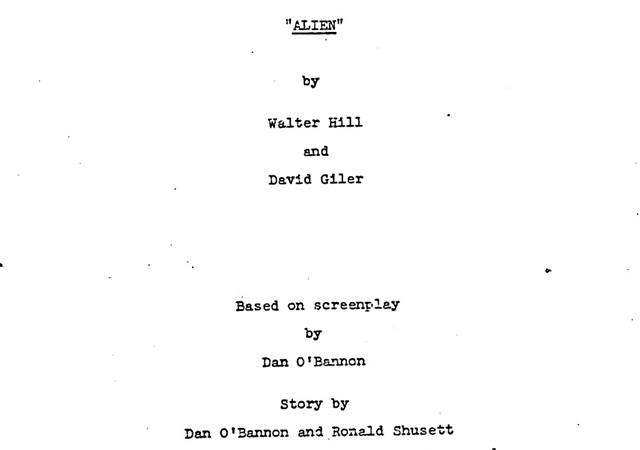 Woods: Okay, so immediately at the top of the list we have to go with Alien as a screenplay. And it would be the Walter Hill/David Giler draft of the script originally written by Dan O’Bannon. It’s so terrifying, obviously we know how scary it is. It’s an absolutely frightening concept that is treated so seriously. But the prose on the page is what makes the script next level, it’s that kind of Walter Hill… almost written in haiku form. It’s these small tiny sentences and they just tick by one by one, very engaging, very quick read, very sparse. You can argue it adds to the claustrophobia of the movie itself. That is such a brilliant screenplay. 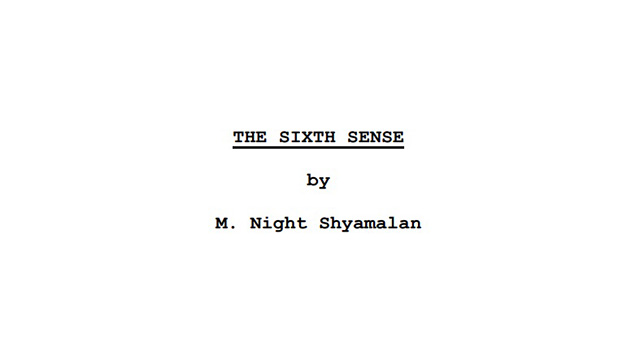 Beck: Number two would be The Sixth Sense. That’s a script that captivated us, just the use of language that Shyamalan commands in terms of painting active scenes. One of the first lines is like, “a naked light bulb sparks to light.” Just the description of that draws me in. Outside of the mastery of the story unfolding, it’s just the use of language to really evoke the character drama behind it that is not just scary, but it’s scary because you’re so invested in what these characters really feel. 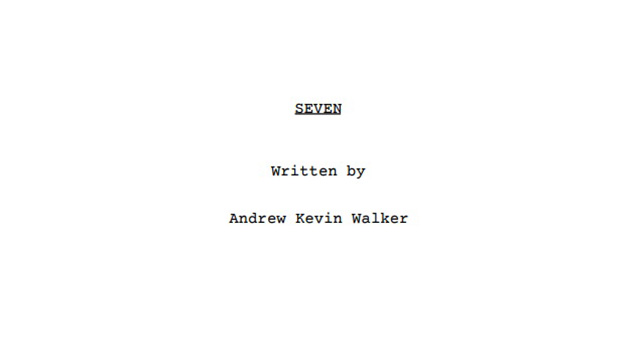 Woods: This is a boring answer, but Se7en is one of our favorite screenplays. Forcefully written by Andrew Kevin Walker, so terrifying, brilliant high concept and then the idea of just revealing the killer halfway through and then dealing with the ramifications of that, super smart. 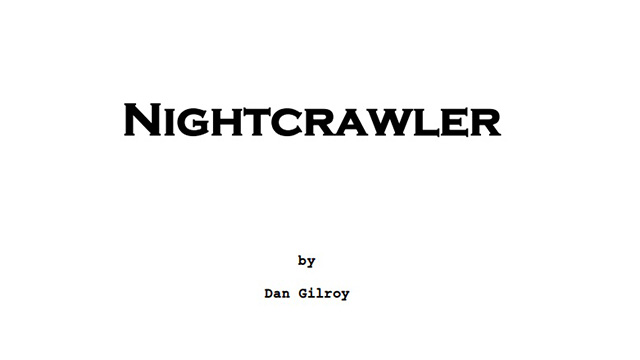 Beck: It’s weird because I consider this a horror movie. I’m not sure everybody would, but Nightcrawler by Dan Gilroy. On the one hand it’s the writing style, it’s so sparse and scary in a similar way to the Alien draft. But the way that it draws you in with that language in terms of the darkness, not just of the environment, but also the character. You’re feeling on one hand sympathetic, or at least you’re understanding where Jake Gyllenhaal’s character is coming from. But at the same time, it draws you in to the degree that you feel like you sided with a psychopath. I remember reading that script and wondering what the hell is wrong with me by the end of the read that I had been rooting for him. 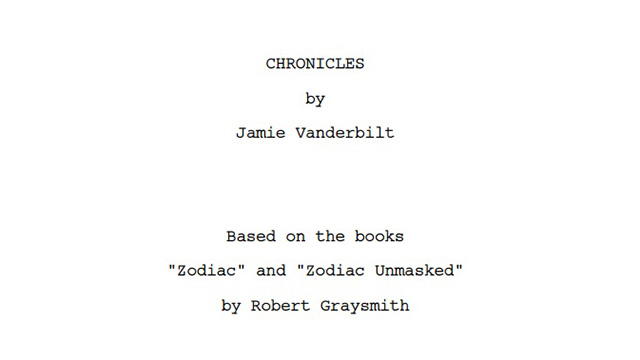 Woods: Let’s go to Zodiac. So Zodiac by James Vanderbilt is one of the greatest scripts of all time. It’s amazing both because it’s almost like a newspaper movie like All the President’s Men where you hear people talking over the phone, in person… okay, which is amazing, but when the horror scenes hit, they are terrifying. You have the basement scene in the middle of the film, where Gyllenhaal is investigating a lead and he winds up in a basement. It’s just so meticulously set up for you to know that everything that’s happening is wrong and off-putting. I want to say we’ve read three different drafts of that script and they’re all good and it’s a great supplement — scripts are a great supplement to the movie.

The movie is basically a sprawling investigation of the Zodiac killer and the detail and the madness and the obsession that the movie is dealing with dramatically translates to us as readers and fans of the script, where we had to obsessively pour over every draft we could get our hands on. That is a master class in screenwriting. Scott and I became obsessed with the Zodiac in high school and college. It’s like one of those cases that is easy to get obsessed with it. Jamie captured that in the script. His passion was in the DNA of the script and in the DNA of the movie, and that’s pretty cool.

What are your favorite horror movie screenplays? Sound off in the comments below!