Stuck inside? Don’t know what to watch/read/play/listen to? ComingSoon.net has got you covered. In this week’s CS Recommends our staff gives you solid tips on the best media to consume during your downtime, including Mike Tyson Mysteries & more. Check out our picks below!

RELATED: Watched at Home: Top 20 Streaming Films for Week of May 29 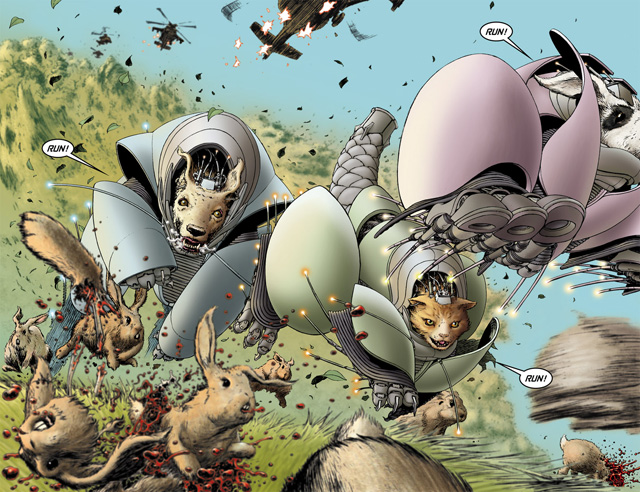 Back in 2004 the superstar comics team of writer Grant Morrison (JLA) and artist Frank Quitely (Jupiter’s Legacy) teamed up for this three issue mini-series for DC’s now sadly defunct Vertigo imprint. It concerns three adorable pets (a dog, a cat, a bunny) who are part of an inhumane government program to turn animals into unstoppable cyborg killing machines. Their electronic implants give them the ability of limited communication (“SICK. BAD SICK. HELP FIND HOME, BOSS.”), and their mech suits are packed with all kinds of deadly firepower. When the military decides to terminate them, the three animals escape and go on the run. It’s basically “Homeward Bound” meets “The Terminator.”

If that sounds like a super dumb idea, that’s because it is just about the schlockiest idea ever. However, Morrison and Quietly happen to be two of the tip-top best creators in comics, and working in a Manga-inspired style they created a compelling, thoughtful, and action-packed story that feels incredibly cinematic on the page. It’s also a FAST read, 30 mins tops, although you may find yourself pouring over the brilliant layouts for hours. There have been rumblings of a Hollywood feature adaptation almost since the day WE3 was published, but it so far has eluded filmmakers (including James Gunn). Don’t let this comic elude your eyeballs, though! 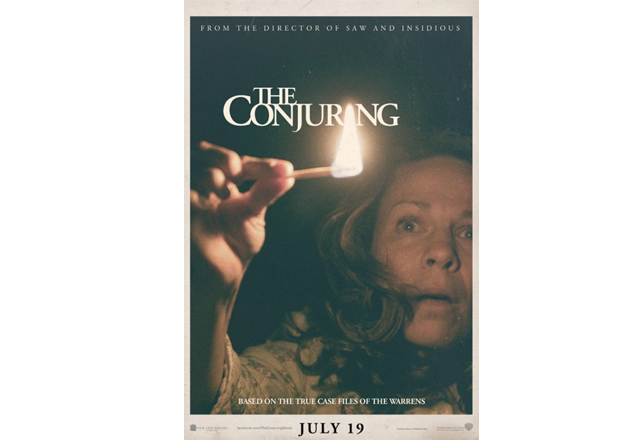 Starring Patrick Wilson and Vera Farmiga portraying the real-life paranormal investigators Ed and Lorraine Warren, 2013’s The Conjuring kicked off James Wan’s brilliant universe that has become the second highest-grossing horror franchise ever. Directed by Wan and written by Chad Hayes and Carey W. Hayes, the film introduces us to the Warrens as they work to help a family terrorized by a dark presence in their farmhouse. The first film in The Conjuring Universe (and arguably still at the very top of the entire franchise/shared universe) established that it was something special because of its heart and character-driven narrative played by a solid cast that seamlessly ties in with the movie’s effective scares and tension. The more you learn about Ed and Lorraine and especially the poor family at the center of this particular investigation, the more you genuinely care about them and fear what tragedies could befall them. The combination of horror and heart has carried on throughout later installments in The Conjuring Universe as a whole, which includes the Annabelle movies, The Nun, and even a nod in The Curse of La Llorona. Luckily for us, we’ll get to see more of our favorite husband and wife demon-fighting duo as a third installment in the main franchise, The Conjuring: The Devil Made Me Do It, is in development with Michael Chaves at the helm.

Did you grow up loving Hanna-Barbera cartoons like Scooby-Doo, Where Are You? and Josie and the Pussycats? Do you get a kick out of some of Mike Tyson’s more eccentric personality traits? Then boy oh boy do I have the show for you. Mike Tyson Mysteries is styled in the same way as those classic cartoons and features the iconic boxer teaming up with his fictional adopted daughter, the ghost of the Marquess of Queensberry and an alcoholic man turned into a pigeon by his vengeful ex-wife to solve mysteries brought to his Las Vegas home by carrier pigeon. Produced by Williams Street and holding a home at Adult Swim, the series is full of off-beat and vulgar humor, bizarre storylines and characters and nostalgic animation with a voice cast that not only sees Tyson ham it up in a semi-fictionalized version of himself, but also features Jim Rash as the sassy and quick-witted Marquess, Norm Macdonald as the brash and crude Pigeon (aka Richard) and Rachel Ramras as the dry-joke delivering Yung Hee. The episodes are generally 11 minutes long and with 70 episodes currently released, it’s just the hilarious and fast-paced break we could all use right now. 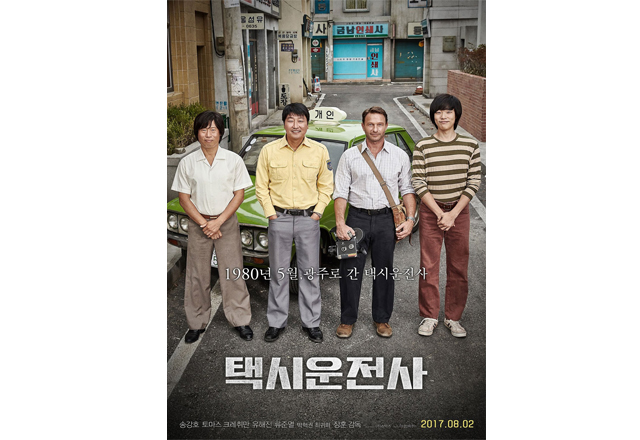 Inspired by a true story centering on South Korea’s 1980 Gwangju Uprising, A Taxi Driver is a historical action-drama which follows the story of the titular character named Kim Man-seob, a driver in Seoul who’s oblivious to his country’s worsening political landscape and only cares about providing money for his 11-year-old daughter. However, after finding out from a fellow taxi driver that a foreign journalist named Peter is paying big money for a trip to Gwangju for the day with the intention of returning to the city before the curfew, Man-seob quickly grabs the opportunity and steals the client for himself. Unbeknownst to him, he will soon get the chance to see first-hand what’s really happening to his country under the martial law government led by major general Chun Doo-hwan.

This 2017 film offers a new look at South Korea’s rich history on how the bravery of university students and working-class citizens were important and essential to the country’s violent path to democracy. Although there are some entertaining scenes, it didn’t downplay the whole point of the story as viewers can still get a clear picture on how difficult the situation was with the film’s heart-wrenching sequences portraying the trauma and violence that the citizens have suffered in the hands of cruel authorities.

Acclaimed actor Song Kang-ho delivers yet another great performance as an ordinary man who is forced to face the harsh reality and must muster up his courage to do the right thing. Joining him are German actor Thomas Kretschmann (The Pianist), Yoo Hae-jin (Confidential Assignment), and Ryu Jun-yeol (The King) whose performances are definitely something you should also look out for. 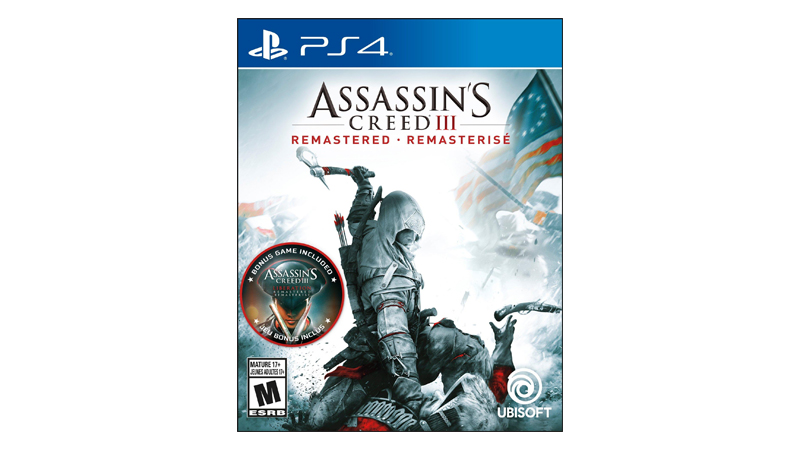 After blowing through the Arkham series — and seriously, Arkham Knight is absolutely amazing! — I was in need of another game to bide my time with. As it turns out, Playstation was offering Assassin’s Creed III remastered for a reasonable price — I think I paid $15.99 for it as part of my Playstation Plus package — and so I thought I’d dive back into the violent world of the assassin’s creed; because we could all do with some more murder and chaos in our lives, right?

I remember loving this game when it was released back in 2012 with the only negative being the glitchy graphics and gameplay that arrived as part of the package. Such issues are less prevalent now with the implementation of physically based rendering (PBR)* and a number of spiffy graphics upgrades, all of which have made arguably the greatest Assassin’s Creed game even betterer. (Is betterer a word? My spellcheck hasn’t corrected it yet. Ok, after a quick google search I learned that betterer is indeed a word, though, probably not correctly used in this context. Still, it’s kind of cool to learn about a new word — oh, wait. Where was I?)

The various side missions of Assassin’s Creed III, including those ferocious naval battles, still pack a wallop. While the main storyline centered around the American Revolution does a great job of dropping you into major military conflicts like the Battle of Bunker Hill. In other words: if you’re in need of an enjoyable pastime while waiting for the world to continue, revisit the vast frontier of Assassin’s Creed III. You won’t be disappointed.

Our staff gives you solid tips on the best media to consume during your downtime!
Movies 2 years ago