Casting The Future Of The MCU: Fantastic Four Edition

Recently, Disney shelled out a boatload of money to acquire 20th Century Fox, and with that, the cinematic rights to the X-Men universe and the Fantastic Four. The X-Men films have been doing fine and I do not see the need to bring them into the MCU fold. Sure, X-Men: Apocalypse was a complete mess, but on average, since X-Men First Class, it has been pretty solid. The Fantastic Four is a completely different story. The first two films, even though the cast was decent, were so childish and cartoony that many dismiss them outright. The most recent Josh Trank film, again well-cast, is a disaster. A quick google search will show you a million pages where critics, industry insiders, and even the cast members talk about how terrible that movie was.  So…now that Disney has the rights…they can bring them into the MCU, along with several of the heroes/villains that come from the comics. 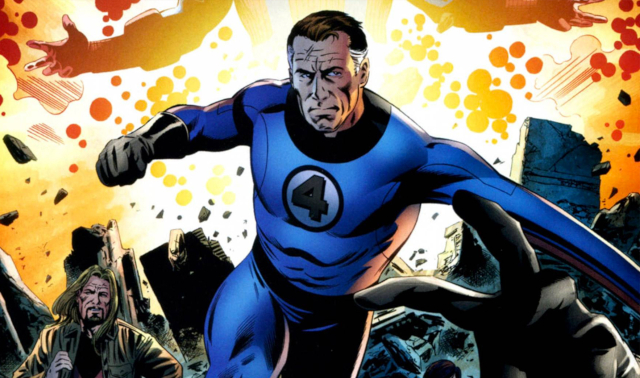 Reed Richards is one of the most brilliant minds in all of Marvel. He can match wits with Tony Stark, Bruce Banner, and basically anyone else. So to bring him into the fold would open up worlds of possibilities. His brain is more of his superpower than his ability to stretch his limbs, but even that can offer some fun action if handled correctly. Colin Hanks just seems so suited for this role. His father is too old to play Reed Richards. The young Hanks exudes extreme intelligence and maturity, and that is very important for this kind of MCU patriarch. 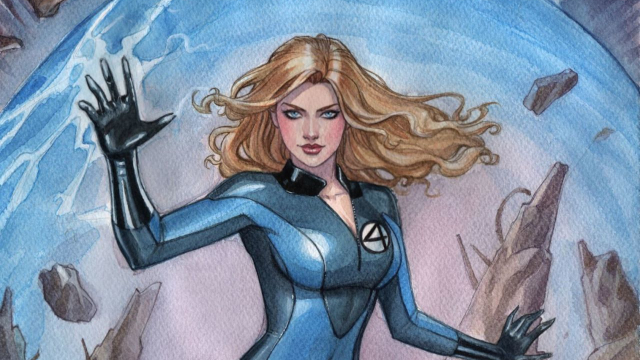 The romance between Sue Storm and Reed Richards is one of the most poignant in Marvel Comics. She is a brilliant scientist who has the ability to become invisible (as well as manipulate force fields). One of the areas most lacking in all of the MCU is romance. I understand that one of the demographics most interested in these filmsise teenage boys, but injecting some decent love stories can only improve the overall mythology.  Sue Storm/Reed Richards provides that. Since Emilia Clarke is out of work next year when Game of Thrones ends, she would be a perfect Invisible Woman. 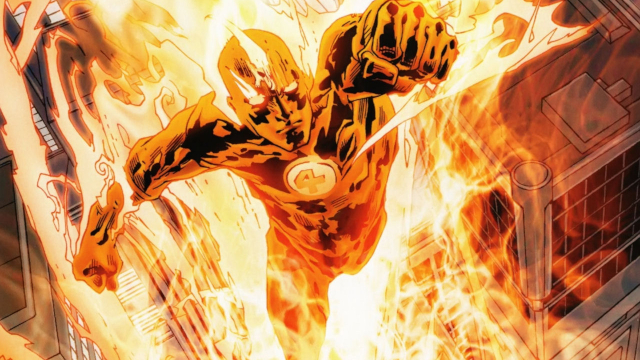 One of the best hot shot characters in all of Marvel. Tony Stark is an egomaniac. Peter Parker is naive and reckless. Johnny Storm, with his ability to burn extremely hot and propel himself through the sky, is just fun and fancy free. He doesn’t always care about duty or expectations and just basks in the glory that comes with being a superhero. Chris Evans was actually great as him in the early 2000s Fantastic Four, but we obviously can’t use him. After seeing Eugenia Derbez this year in Overboard, it is obvious he could fit in this playboy role. He may be a bit older, but they can work around that. 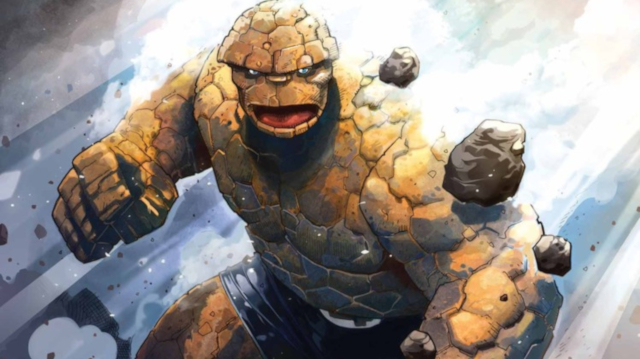 Although we were introduced to Korg in Thor: Ragnarok, there is a much more famous rock-monster in Marvel Comics. That is the Thing. Ben Grimm is the longtime friend of Reed Richards. When they were young, Ben promised a young Reed to fly the rocket he dreamed of building. Well, that promise led to his mutation into the stony clobbering machine. The Thing is pure muscle, without the unpredictable rage of the Hulk. However, he has a lot of emotional depth. He is not family to the rest of the Fantastic Four and has a hard time living in modern society with his shocking appearance. Charlie Hunnam could pull of a great Ben Grimm. We know he has the muscle and the emotion to play him from his time on Sons of Anarchy. 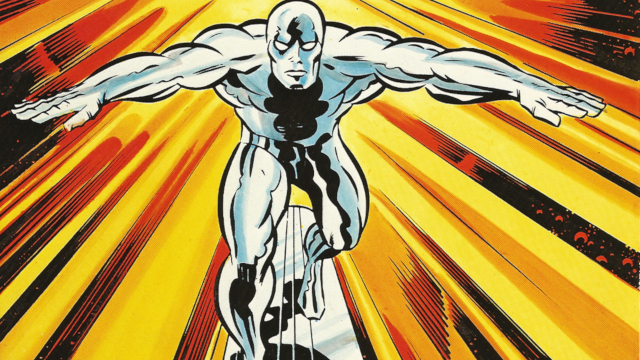 The Silver Surfer is one of the coolest characters in all of Marvel Comics. Even in the terrible Fantastic Four: Rise of the Silver Surfer from 2007 gave us a cool version. The surfer was originally Norrin Radd, an astronomer on his home planet of Zenn-La. In order to save Zenn-La from the planet-devouring Galactus, Radd agreed to become Galactus’s herald. He received his metallic skin, the power cosmic, and his surfboard. When his mission brought Galactus to Earth, this is where the Fantastic Four met their silvery cosmic ally. This casting suggestion may be to hopeful, but if Ryan Gosling ever felt the need to go slumming in a comic book movie, he would be perfect. 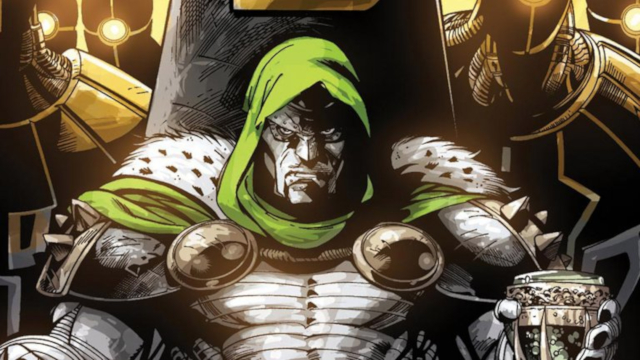 Victor Von Doom is a Latverian man who met Reed Richards at Empire State University. He is equally brilliant but the polar opposite when it comes to morals and ethics. Doctor Doom is truly one of the greatest villains in all of the Marvel Universe. He is essentially Marvel’s version of DC’s Lex Luthor. Julian McMahon did what he could with the role in the previous Fantastic Four movies, but the character still hasn’t been fully realized. To play Victor Von Doom, we would need an actor with the proper gravitas. Maybe Oscar Isaac can redeem his comic book movie worth after that horrible Apocalypse performance. 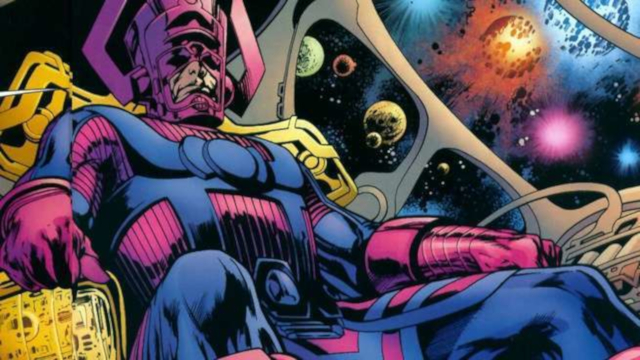 Speaking of Galactus, he would be an amazing villain to see on screen if done properly.  In the 2007 Fantastic Four movie, for some reason, the filmmakers just made him a cloud. They did not anthropomorphize him at all. Galactus is an enormous, cheesy-looking, purple guy with a kick-ass helmet. You can pull that off cinematically. I mean, Dormammu showed up in Doctor Strange and he is equally gargantuan and powerful. Now that Ron Perlman is not Hellboy anymore, his powerful face and stature would fit well if we were ever to see the planet-devourer in the flesh. 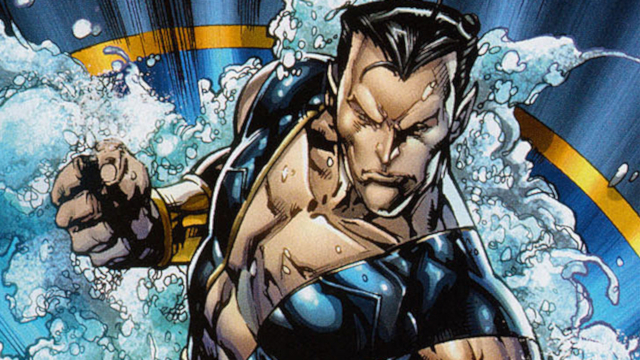 To bring Namor the Submariner to the big screen in the MCU may be a bit tricky. Especially, now that DC seems to have a big hit on their hands with Jason Mamoa in Aquaman. However, Namor has been around since 1939 and predates Aquaman by two years. Still, the DCEU got the jump on the MCU. But this Atlantean prince is a long-time Jack-of-all-trades in the Marvel comics. Namor has been members of the Avengers, the Defenders, and the X-Men. He is also closely associated with the Fantastic Four because of his love for Sue Storm. The submariner has also served as a villain from time to time as well, so he is certainly a complex being. A great actor who just kind of looks like an Atlantean prince? Jake Gyllenhaal!

Kang the Conquerer is a time-travelling super-villain. Try and follow. He is from the 31st century, discovered time-travel, went to ancient egypt, then to around the 41st century to conquer a war-torn Earth. With his newfound power, he decided to travel back to present day Earth to conquer that as well. Make sense? No? Well…he is also descendant of Reed Richards, so it throws in a bit of family drama into the Fantastic Four universe. Kang is a bit similar to Cable, but as a super-villain. This is one of those characters that may benefit from going totally nuts in casting it. Can you see Danny McBride travelling through time conquering everyone he can? 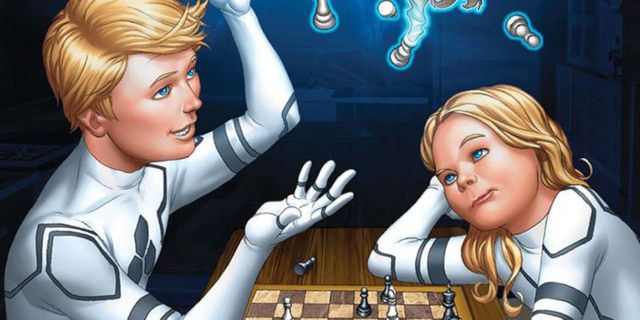 When and if the Fantastic Four make it to the MCU, one wonders if we will get ANOTHER origin story.  Hopefully, Marvel hits the ground running and just assumes the audience knows it. Sort of like what they did with Spider-Man: Homecoming. If they do, we may be treated to two of the greatest characters in the Fantastic Four mythos. Reed & Sue’s children, Franklin and Valeria Richards. Franklin is one of the most powerful beings in the universe. He can effectively warp reality through just his thoughts. He is essentially Anthony from the It’s a Good Life section of The Twilight Zone: The Movie. Valeria has the brains of her dad and the ability to project force fields like her mom. To have some young blood like the Richards kids in the MCU would be refreshing. As odd as it may seem, the pair of Elias Harger and McKenna Grace from Fuller House would be perfect.

It has been announced that the premium tier of Paramount+ and Showtime will be merging and rebranding later this year.…
TV 13 hours ago

There’s no denying that Phase Four of the Marvel Cinematic Universe was a disappointment. Most of the new wave of…
Movies 11 hours ago

Marvel Studios has released a new behind-the-scenes video taking a look at how the Black Panther: Wakanda Forever underwater sequences…
Movies 3 days ago

According to Deadline, The Mindy Project alum Xosha Roquemore has been officially been tapped to star opposite Anthony Mackie in…
Movies 2 weeks ago