Pokémon Scarlet and Violet are going to be more open adventures and the newest trailer from The Pokémon Company goes into how those games can play out for different players. The extended video also dug into some new mechanics and one giraffe Pokémon with a palindrome name.

The trailer is broken down into four segments and the first follows a trainer out in the wild, which shows off the game’s new Terastallize system. This lets a Pokémon change types, as shown by a big crystal exterior that hints at its new type. For example, if a creature Terastallizes into a flying type, their crystal will have balloons on it. Glowing wild Pokémon mean they will Terastallize, leading to a potentially harder fight. Any Pokémon can also Terastallize into any type.

This more freeform section also showed the Let’s Go command, which sends a Pokémon out to automatically fight other creatures and gather items. It then transferred to a Team Star base, which was previously shown. The Let’s Go system let the player take out the antagonistic Pokémon that wandered the base more easily since it didn’t have to load a standard turn-based fight for each one. The video then led into a more traditional boss fight with the team’s leader. 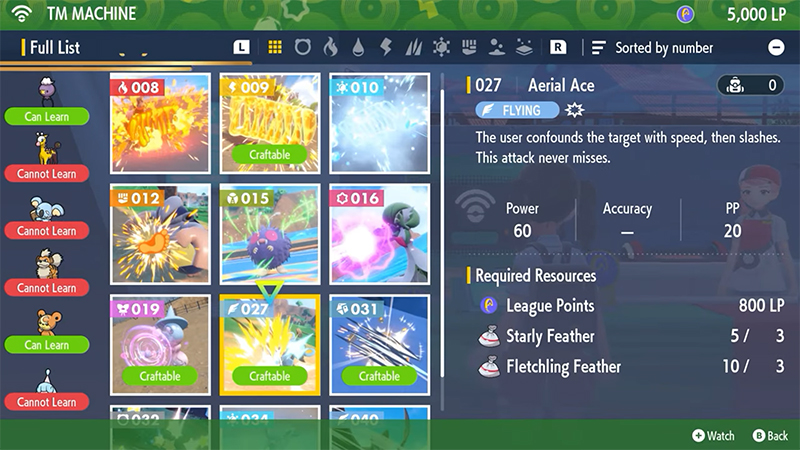 The second trainer opened by showing the new TM Machine. This machine can be found at Pokémon Centers and lets players create moves using items they find on their journey. As explained on the game’s website, they take League Points and materials dropped by wild Pokémon. The list of TMs will grow as the game progresses and players can make as many TMs as they have materials for. This trainer then made their way to a giant crab boss, which was a path found in a previous trailer, and then traded a Girafarig so it could evolve into a Farigiraf, a new Normal and Psychic type Pokémon. The new Pokédex also shows more about the monsters this time around, as its Farigiraf entry was more robust than a typical entry in past games. 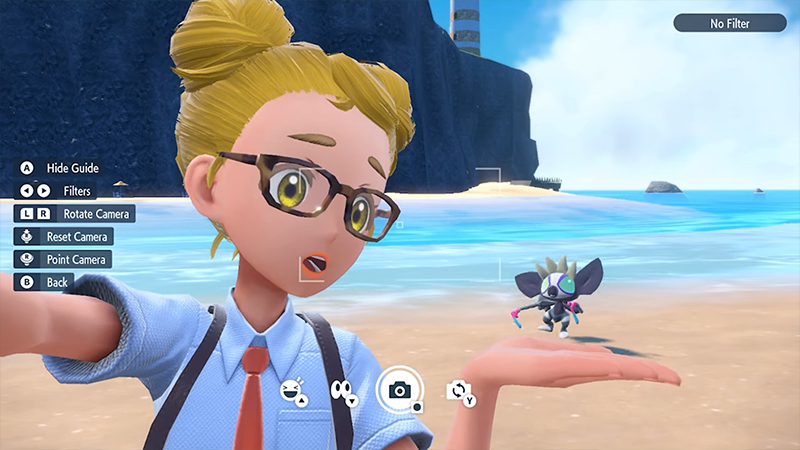 The third trainer covered gym battles (and their accompanying gym test) and raids, which was, again, in the aforementioned trailer. The final trainer, however, explored the game’s avatar customization and the other social features. Players can pose with Pokémon and take pictures and selfies with them using different Instagram-esque features like filters. These pictures can be used for a player’s profile banner, which tracks their stats like how many Pokémon they’ve caught and the number of sandwich recipes they’ve discovered.

Pokémon can also be cleaned, play with a ball, and take part in picnics. The latter lets users make sandwiches to eat by stacking ingredients, which can attract certain wild Pokémon once completed. As noted on the website, player can customize these picnics to their liking and throw them with other people.

These calmer activities led into its raid battles, which saw four trainers fight one big Terastallized Chancey with a time limit attached.

A couple of days after announcing the DC Universe’s Chapter One slate, DC Studios Co-CEO James Gunn has given further…
Movies 51 mins ago

As was previously teased, Godzilla is finally playable in GigaBash, Passion Republic Games’ kaiju brawler, alongside Gigan, Mechagodzilla, and Destoroyah.…
Games 2 months ago

Gun Interactive has explained a bit of how the killers will play in The Texas Chain Saw Massacre, but now the…
Games 3 months ago

Everything Announced at the September 2022 Nintendo Direct

The September 2022 Nintendo Direct had a bunch of announcements and reveals. And seeing as though they can be hard…
Games 5 months ago