Like Deathloop, Ghostwire: Tokyo is yet another upcoming Bethesda Softworks-published PlayStation console exclusive. Rumors were pointing to it coming out pretty soon and now Bethesda has corroborated those rumors by confirming its release date. Ghostwire: Tokyo is coming out on March 25, 2022 for PlayStation 5. A PC date was not specifically listed, but is likely to come out on the same day.

The news comes from the YouTube description on the upcoming showcase for the first-person horror-tinged shooter, which is slated for February 3 at 2 p.m. PT. Strangely enough, the PlayStation tweet with the information doesn’t have the date in it. Bethesda also hasn’t tweeted about the date, either.

The March release date has been floating around for some time. According to MP1st, the game’s PSN page briefly listed March 24 before being reverted back to “release date to be determined.” Many digital games release at 9 p.m. PT the day before their listed date, which explains how it says March 24 and not March 25. 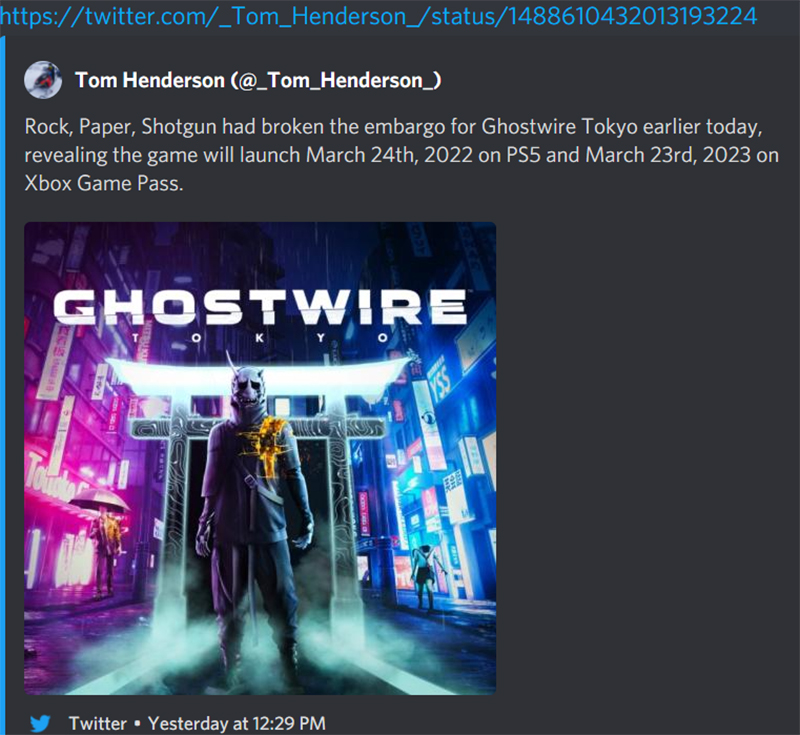 And then on February 1, industry insider Tom Henderson tweeted that Rock Paper Shotgun had broken embargo with its news story on the subject, revealing that it was coming out on PS5 on March 24 before deleting his tweet. The tweet also stated that the game was coming to Xbox Game Pass on March 23, 2023.

Dying Light 2 is nearly at its first anniversary, and Techland is celebrating by revealing what 2023 has in store…
Games 5 days ago

Star Wars Jedi: Survivor is spending a little extra time at a meditation point. Respawn Entertainment announced that the action…
Games 5 days ago

Xbox set expectations for its Developer_Direct by stating what four games would be at the event. That quartet was the…
Games 5 days ago

MLB The Show 23‘s existence isn’t exactly surprising, but San Diego Studio has talked more about the upcoming entry in…
Games 6 days ago