Two new OVAs from My Hero Academia will be available to stream on August 1: one focused on baseball, and another focused on a minor villain that Deku and his friends face during their work placement. Both are great smaller adventures that should help make the wait until season six this October a bit easier for fans of the series.

RELATED: Interview: Zeno Robinson on Playing a Dragon Ball Villain and a Superhero 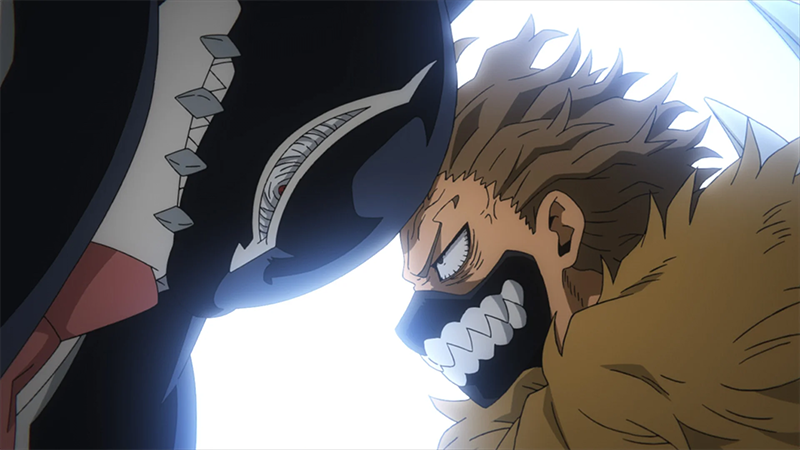 The first OVA is titled Hero League Baseball and is the funnier of the two. I have no interest in sports, including baseball, but the ridiculous rules and super-powered chaos that this OVA is full of make it a great time for anyone who’s looking for goofy fun. The main trio isn’t in this one, so there’s a pleasant emphasis on the UA classmates who haven’t gotten as much attention in the past.

The rivalry between Gang Orca and Shishido is hilarious, as the two animal-themed pro heroes despise one another and decide to test their rivalry through a baseball game. The two teams are allowed to use their powers however they want, and if someone is knocked unconscious, they are officially out. This means you can lose from running out of team members, making for a comically violent game of baseball.

All of the students on each team get the chance to use their powers in creative ways, which makes the OVA especially interesting. It’s fun to see these characters find new ways to use their Quirks, especially in a lighter and more everyday context. This OVA got quite a few laughs out of me, and after the heavier arc that season five followed, it served as a refreshing breather ahead of the story getting even darker. 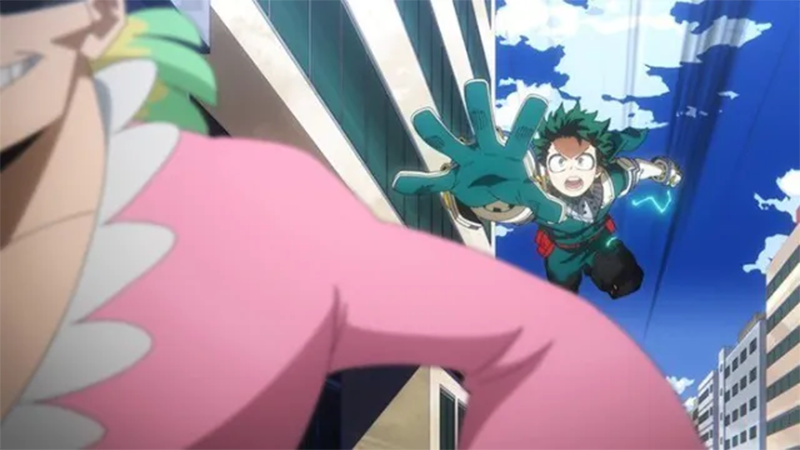 The second OVA is titled Laugh! As if you are in Hell and follows Deku, Todoroki, and Bakugo as they work at Endeavor’s agency for their school work study. Someone named Mr. Smiley is vandalizing buildings, but his tricky Quirk makes apprehending him nearly impossible. This one feels more like an actual side-story than the previous OVA, as it could seemingly fit in the series well enough.

The three students try to catch Mr. Smiley, but get hit by his Quirk and end up laughing for two hours. Seeing Endeavor and Bakugo burst out in laughter was as unsettling as it was funny, and their voice actors did an excellent job of selling the forced laughs. The group fails at catching Mr. Smiley a few times, which feels a bit repetitive in such a short runtime, but the payoff is worth the journey.

My favorite part of this OVA is that it’s resolved through Deku’s kindness and understanding. Mr. Smiley isn’t like Overhaul or All For One; he’s a misguided and dejected person who isn’t really hurting anyone. Showing that understanding and rehabilitation is the ideal way to stop minor criminals is refreshing, and fitting for Deku’s character. I love a good battle in shonen anime, but seeing a calmer resolution can be just as satisfying.

Both My Hero Academia OVAs are worth watching, as they entertain while expanding upon the world that so many have become fans of. They’re bite-sized stories that serve as handy appetizers for the heavier sixth season that’s on the horizon, and I would gladly recommend them to fans of the series.

We get a glimpse of Hawks’ past. Meanwhile, the city is still in chaos and many are blaming Endeavor for…
Anime 6 days ago

The chaos continues as All for One Shigaraki attacks Tartarus. Meanwhile, many heroes are still recovering at the hospital. Here…
Anime 2 weeks ago

After the war, many of the villains and members of the Paranormal Liberation Front were arrested. However, the casualties and…
Anime 3 weeks ago

The second half of My Hero Academia Season 6 premiered on Saturday, and with it came a new opening theme,…
Anime 3 weeks ago