Prior to its premiere later this year, Cyberpunk: Edgerunners has gotten its first official trailer, alongside a new poster for the upcoming series, which will arrive on Netflix in Spetember.

The new trailer shows more of the Cyberpunk game’s exploration of Night City, the setting from the video game. The trailer continues to show more of the street kid that the series focuses on, as he attempts to make a name for himself and not get lost in the cyberpunk world.

Check out the new trailer and poster below:

Edgerunners is a 10-episode anime set in the world of 2020’s Cyberpunk 2077. You may know Studio Trigger from their work on Gurren Lagann and Kill la Kill. Outside of the intro, the series’ music will be composed by Akira Yamaoka, best known for his work on the Silent Hill series of video games.

“Cyberpunk: Edgerunners tells a standalone story about a street kid trying to survive in a technology and body modification-obsessed city of the future,” reads the series’ official synopsis. “Having everything to lose, he chooses to stay alive by becoming an edgerunner—a mercenary outlaw also known as a cyberpunk.”
RELATED: Netflix Anime Cyberpunk: Edgerunners Gets First Teaser Trailer

Edgerunners is one of several video game anime that continue to top the charts for Netflix and a continuation of a relationship between the streaming service and CD Projekt Red. Their past collaboration, the live-action adaptation of The Witcher, brought new people into the franchise and made waves online with its meme-able music and memorable moments. 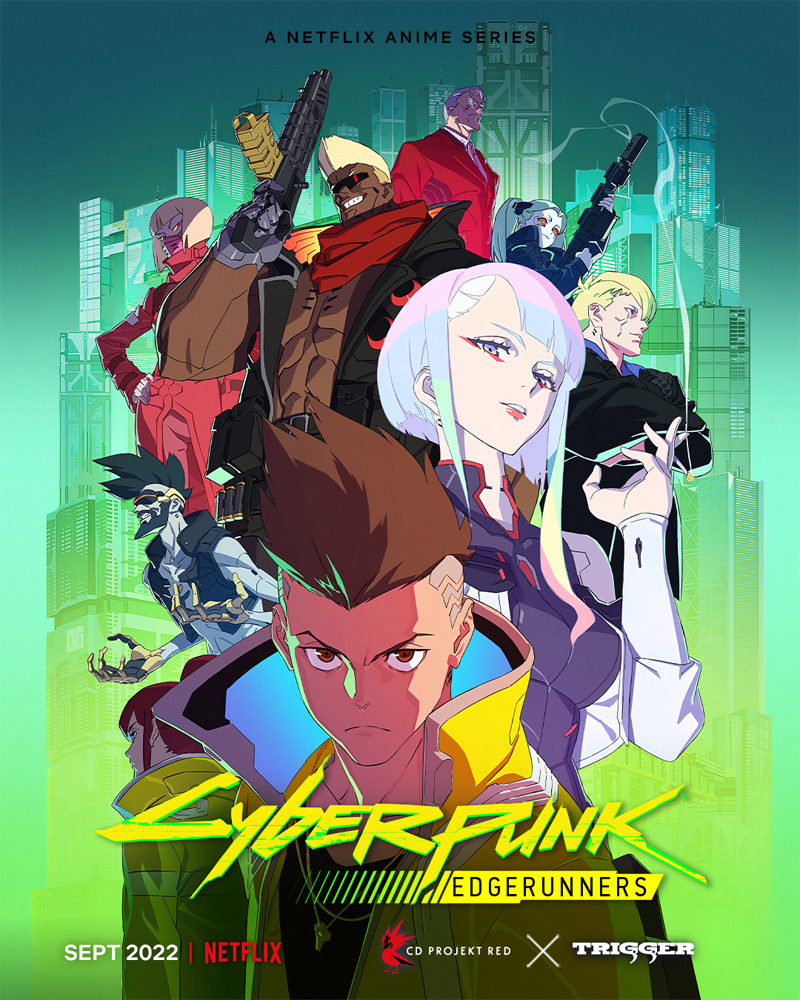 Kingdom: The Blood, a mobile and PC game based in the world of the hit Netflix South Korean horror series,…
Games 2 weeks ago

Netflix has released the Lockwood & Co. trailer for its newest coming-of-age supernatural series, which will be available for streaming…
TV 3 weeks ago