My Hero Academia has partnered with legendary comic book artist Ryan Stegman for a brand-new art piece in support of the My Hero Academia: World Heroes’ Mission.

The new art piece was unveiled on Thursday and features a different take on Deku than other artists have done in the past. Stegman is no stranger to the world of action, having worked on various books and drawn a ton of legendary characters, including Spider-Man, Venom, X-23, and more. You can check out the artwork below, as well as a timelapse video detailing the artwork being colored.

“I’m a long time manga fan and My Hero Academia came onto my radar a few years back. Since then my kids and I have been obsessed and it’s an honor to get to work on the characters,” said Stegman.

Directed by Kenji Nagasaki, My Hero Academia: World Heroes’ Mission is the third film from the popular anime series. Its previous films have seen plenty of success. My Hero Academia: Two Heroes, the first film, released in 2018, grossed $5.7 million at the U.S. box office. The second film, My Hero Academia: Heroes Rising premiered in the U.S. in 2020, and earned approximately $2.5 million on opening day. 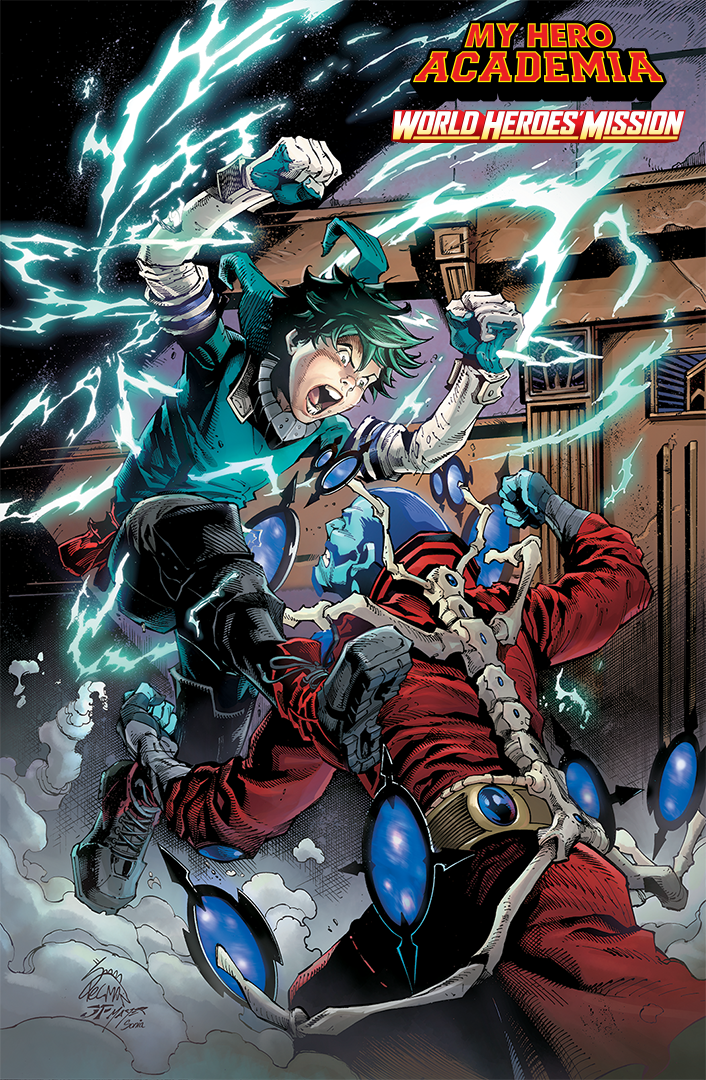 A new Fast X poster has been released featuring Vin Diesel’s Dominic Toretto dramatically holding a rosary. “The end of…
Movies 21 hours ago

The Todoroki family offers their support to Endeavor. Best Jeanist and Hawks do the same and suggest the top three…
Anime 2 days ago

We get a glimpse of Hawks’ past. Meanwhile, the city is still in chaos and many are blaming Endeavor for…
Anime 1 week ago

The chaos continues as All for One Shigaraki attacks Tartarus. Meanwhile, many heroes are still recovering at the hospital. Here…
Anime 2 weeks ago

After the war, many of the villains and members of the Paranormal Liberation Front were arrested. However, the casualties and…
Anime 3 weeks ago