Billions Poster and Featurette Take You Behind the Power Players 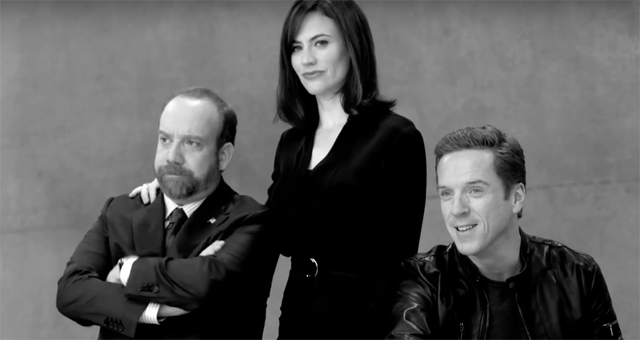 A new poster and featurette from the Showtime series Billions

Showtime today released the poster art for its powerful new drama series Billions, premiering Sunday, January 17 at 10 p.m. ET/PT on-air, on demand and over the internet. Check out the new poster in the gallery, and watch a behind-the-scenes featurette on this photo shoot and the series Billions below!

The pilot was directed by acclaimed director Neil Burger (The Illusionist, Divergent), who also serves as an executive producer.

Billions is written and executive produced by Brian Koppelman and David Levien (Ocean’s Thirteen, Rounders), and Andrew Ross Sorkin (Too Big To Fail). The series is currently in production in New York for 12 one-hour episodes.

Regardless if you view M. Night Shyamalan as a genius with a few poor outings or a lousy director with…
Movies 14 hours ago

DC Studios Co-CEO James Gunn has been busy on Twitter, as the director has been debunking more Superman: Legacy rumors…
Movies 19 hours ago

How to Watch Billions Season 6 on Showtime

The fifth season of the Showtime hit Billions is now available on DVD for $33.99 and ComingSoon has three copies to give…
Movies 1 year ago

Following yesterday’s fifth season finale, it has been confirmed that Emmy and Golden Globe winner Damian Lewis has officially exited…
TV 1 year ago

Showtime has released the full Billions Season 5B trailer for the upcoming return of the hit drama series, starring Paul…
TV 2 years ago