ComingSoon is debuting an exclusive trailer for the second season of PBC, FloQast Studios’ mockumentary workplace comedy. You can watch Season 1 for free now while new episodes premiere on Tuesdays and Fridays starting on December 6.

“PBC is a half-hour workplace mockumentary comedy in the spirit of The Office, Parks & Recreation, and Silicon Valley, but specifically focusing on the people who handle the money: Accountants,” reads the series’ synopsis. “In Season 2, viewers are invited to tag along with the accounting department of a fast-growth tech startup as they wrangle a rowdy sales team while balancing the personal and professional relationships that accountants know all too well.”

Check out the exclusive PBC Season 2 trailer below:

You can also check out the PBC Season 2 key art below: 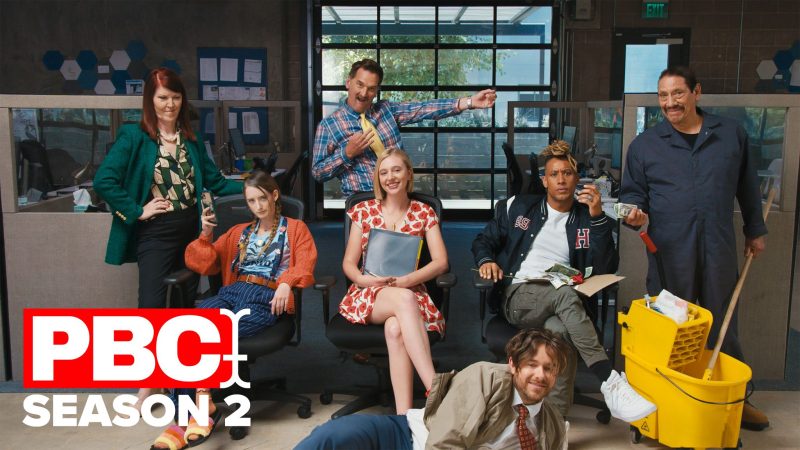 Amazon Studios has debuted the first teaser trailer for the upcoming second and final season of the action thriller Hunters,…
TV 2 months ago

Exclusive The Mighty Ones Trailer Previews a Wacky Season 4

ComingSoon is excited to debut an exclusive trailer from the upcoming fourth season of The Mighty Ones, the popular DreamWorks…
TV 2 months ago

ComingSoon is debuting an exclusive clip from The Sound Of Violet, the romantic comedy based on Allen Wolf’s novel of the same…
Movies 2 months ago

ComingSoon is excited to debut an exclusive trailer for Season 2 of Inside the Black Box, the informative series about BIPOC…
TV 3 months ago