Sam Neill to Star in AMC’s Original Series The Son 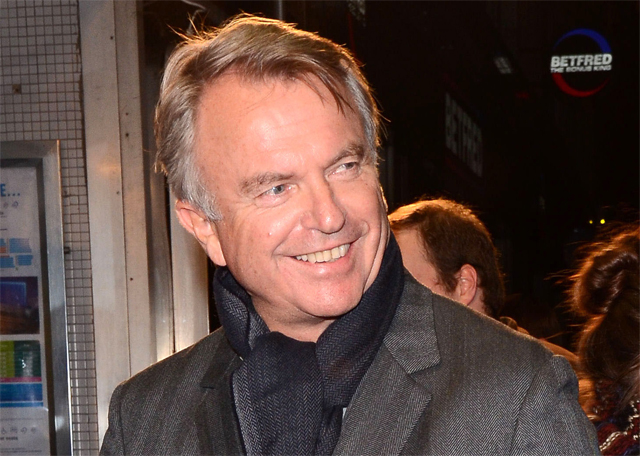 Sam Neill to star in AMC’s original eries The Son

Golden Globe and Emmy nominated actor Sam Neill (“Peaky Blinders,” “The Tudors,” Jurassic Park) has been cast as the lead in AMC’s upcoming original series The Son. Based on Philipp Meyer’s acclaimed novel, the series is a multi-generational epic telling of the story of America’s birth as a superpower through the bloody rise and fall of one Texas family.

Neill will portray Eli, the charismatic patriarch of the McCullough family. As a child, he was kidnapped and raised among the Comanche Native American tribe and applies the brutal Comanche worldview to his business dealings. He was born on the day Texas became an independent Republic, earning the nickname “First Son of Texas” and is a relic of the Wild West, uneasy with the inexorable taming of Texas and the uncertain future of his legacy.

Additional casting for the series includes Henry Garrett (“Poldark,” Testament of Youth) as Pete McCullough, the eldest son of Eli. He grew up in Eli’s shadow and struggles to make his impossible father proud while still forging his own identity. Zahn McClarnon (“Fargo”) portrays Toshaway, a Comanche war chief who captures young Eli and becomes his father figure. Paola Nunez (“Reina de corazones”) will play Maria Garcia, whose family is the last of the wealthy Spanish aristocracy in South Texas. She is college educated and a woman ahead of her time. Tony-nominated actress Sydney Lucas (“Fun Home”), rounds out the cast in the role of Jeannie McCullough, the strong-willed tomboy daughter of Pete. Despite coming up in a male-dominated world, she rejects her fate of existing solely to marry well and bear children.

“This is an incredibly talented cast, led by the remarkable Sam Neill, and we can’t wait to see them embody these characters and give life to this unforgettable story,” said Joel Stillerman, president of original programming and development for AMC and SundanceTV.

Produced by AMC Studios and Sonar Entertainment, The Son will be written and executive produced by Meyer, Lee Shipman, Brian McGreevy and showrunner Kevin Murphy (“Defiance”). Jenna Glazier will produce for Sonar Entertainment. Production will begin in Austin, TX in June and the 10 one-hour episodes, are set to premiere in 2017.

According to Variety,  The White Lotus star Alexandra Daddario has been tapped for the leading role in AMC Networks’ forthcoming…
TV 11 months ago