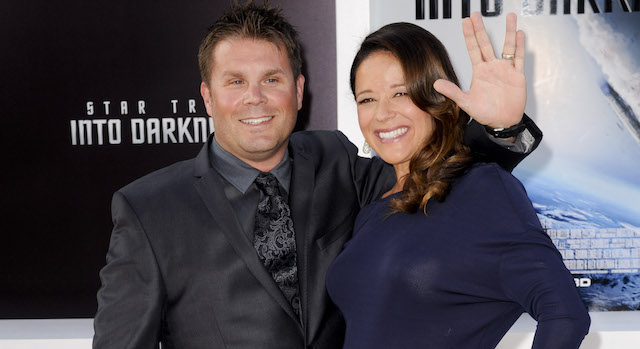 “Gene Roddenberry, the Great Bird of the Galaxy, left a finely feathered nest for all who love ‘Star Trek’ to enjoy,” says Fuller, “And it is only fitting that Rod Roddenberry and Roddenberry Entertainment join our new Trek adventure to ensure that his father’s legacy of hope for the future and infinite diversity in infinite combinations runs through our tales as Gene Roddenberry intended.”

“Moral dilemmas, human issues, complex characters and a genuine sense of optimism: These are the cornerstones of ‘Star Trek’ and are what have made it such an influential and beloved franchise for the last 50 years,” says Eugene “Rod” Roddenberry. “While I will always be humbled by its legacy and the legions of fans who are its guardians, it’s a genuine honor to be joining a team of imaginative and incredibly capable individuals whose endeavor it is to uphold the tenets of Star Trek’s legacy while bringing it to audiences in a new era and on a contemporary platform.”

The new series will launch with a special preview broadcast on the CBS Television Network in early 2017. The premiere episode and all subsequent first-run episodes will then be available exclusively in the United States on CBS All Access, the Network’s digital subscription video on demand and live streaming service. The new Star Trek series marks the first original series developed for CBS All Access.

On the official DC blog, DC Studios Co-CEO James Gunn spoke about he and fellow Co-CEO Peter Safran’s ambition to…
Movies 15 hours ago

With Marvel Studios’ Fantastic Four set for release in 2025, director Matt Shakman recently revealed that filming on the project…
Movies 14 hours ago

The first clip from Marvel Studios’ upcoming Ant-Man and The Wasp: Quantumania has been released featuring Scott Lang meeting Kang…
Movies 14 hours ago

Star Trek: Picard is back for its final run on Paramount+ in February 2023. On Thursday, February 16, the streaming…
TV 7 days ago

How to Watch Star Trek: Short Treks Season 2 on Paramount+

Enjoy a mix of live-action and animated shorts while taking a new look at the world of Star Trek: Discovery…
TV 3 months ago

How to Watch Star Trek: Picard Season 2 on Paramount+

Captain Picard (Patrick Stewart) returns in an all-new season of Star Trek: Picard. This time, he’ll have to chase the…
TV 3 months ago