A new report states that Swamp Thing is getting a shortened first season, and is ending its production early, and abruptly. According to Star News Online, a local outlet in Wilmington, North Carolina where the show is being filmed, the writers are being asked to hastily re-write the ending as Warner Bros. evaluates the future of its streaming service, DC Universe. Originally slated for 13 episodes, Swamp Thing is now whittled down to 10, hence the need for an ending re-write.

Series star Virginia Madsen wrote a post on her Instagram that read “I’m beyond sad. What a terrible decision. We have been cut to the core by those who have never set foot into the Swamp. And despite the rule I am going to use the hashtag. #swampthing.” The post has since been deleted, but screenshots still exist. 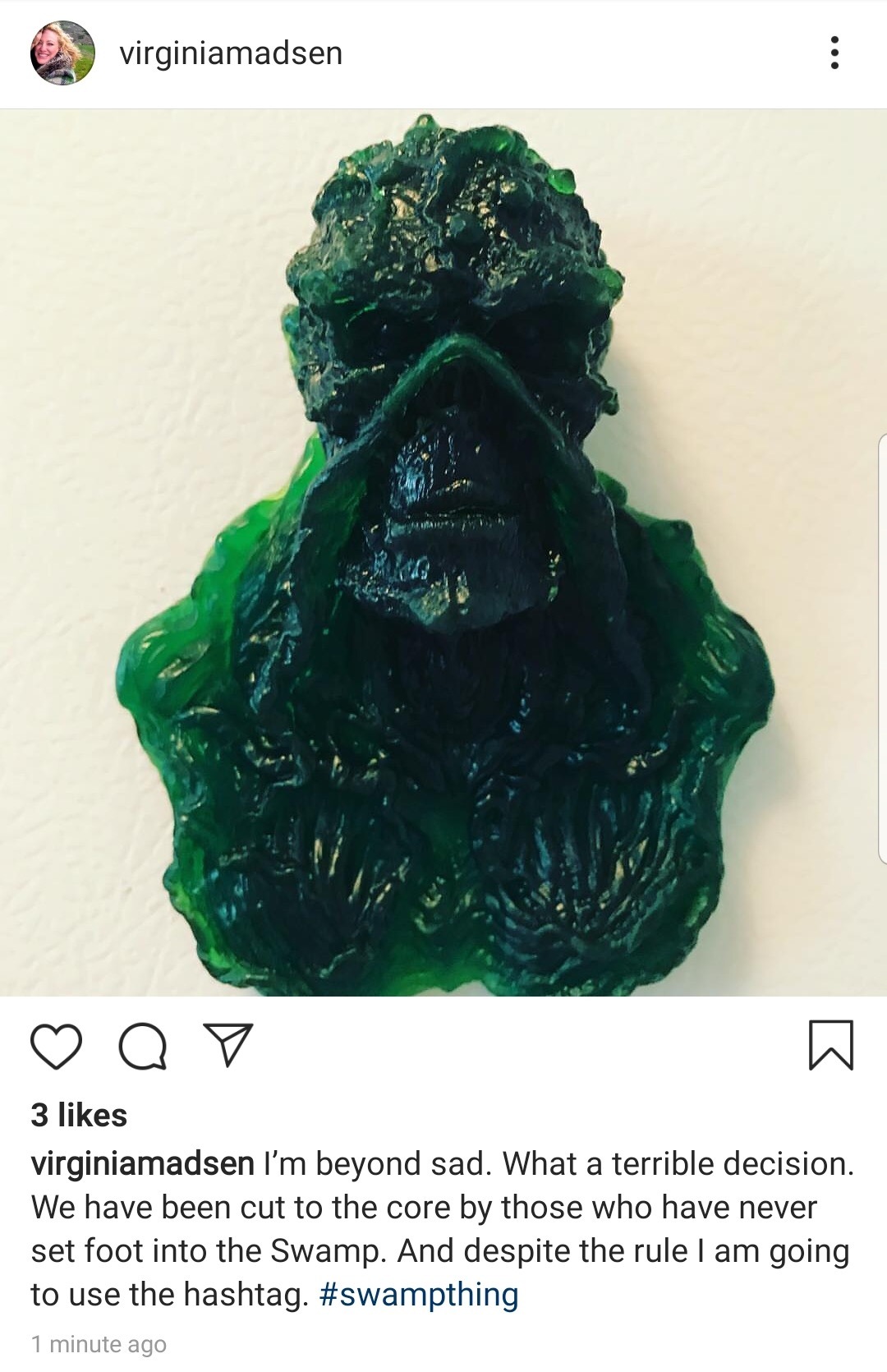 As of now, Swamp Thing is still slated to debut on DC Universe on May 31.

Following the reveal of the future plans for the DC Universe, co-CEO of DC Studios Peter Safran has shed some…
Movies 29 mins ago

As promised, James Gunn revealed some of the upcoming DC Universe schedule today, giving fans a better look at what…
Movies 23 hours ago

Swamp Thing is an incredible character that helped set new standards for horror comics, created by Len Wein and Bernie…
Movies 12 months ago

Report: The Flash Begins Production In the U.K. In April