Daredevil season 3 episode 5 sees Fisk working his dual agendas of pulling Dex to Fisk’s side and destroying the life of Matt Murdock, who survived the taxi crash into the river in the previous episode.

“I Want to Kill You for Dying” 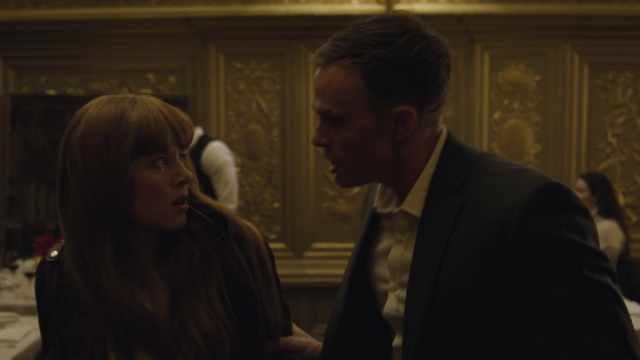 Fisk has Donovan pull up the psychiatric files related to Dex’s childhood. Dex’s parents were killed while Dex was young, leaving him with anger and abandonment issues. These issues manifested in violence when Dex’s youth baseball coach pulled Dex out of a game while he was on the cusp of a no-hitter. Dex threw the baseball and hit the coach in the head, killing him.

That led to Dex falling under the care of a psychologist, who Dex bonded with and learned to parrot empathetic phrases from in order to help him deal with his psychotic tendencies. The psychologist came down with a terminal illness, again provoking a psychotic response from Dex. Before dying, she gave Dex a shoe box of cassettes from their sessions to listen to when he feels overwhelmed.

“The City Needs a New Villain” 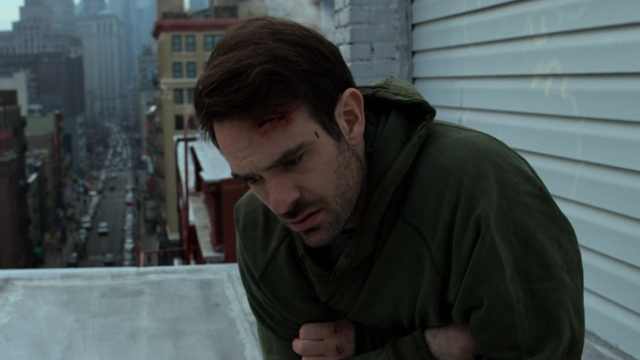 From there, Dex took a job working at a suicide prevention hotline. That is where he met Julie and began stalking her. Knowing this, Fisk had the hotel’s restaurant offer Julie twice her salary as a bartender to work at the hotel. There, she runs into Dex and agrees to see him after work to catch up. During dinner, Dex lets it slip that he has been watching her and knows everything about her. Julie is unnerved and walks out on Dex after Dex creates a scene.

Back in his apartment, Dex freaks out. He punches a hole in the wall, gets blood on his shirt, and trashes his kitchen, throwing a knife through a framed photo of the suicide prevention workers, impaling Julie. Dex puts on a pair of headphones and listens to one of the tapes from his therapy sessions as he collapses on the floor.

Upon receiving word that Matt’s body wasn’t found in the sunken taxi, Fisk tells the FBI that Matt worked as one of Fisk’s lawyers to launder money, intimidate witnesses, and provide false testimony in court, among other dirty dealings. Matt returns to his apartment, gets out of his bloodied and wet cloths, and catches a quick nap on the couch before Ray and the FBI raid the apartment the next morning. Outside, Matt listens as the FBI radios the NYPD and tells them that Matt is a suspect on the run. 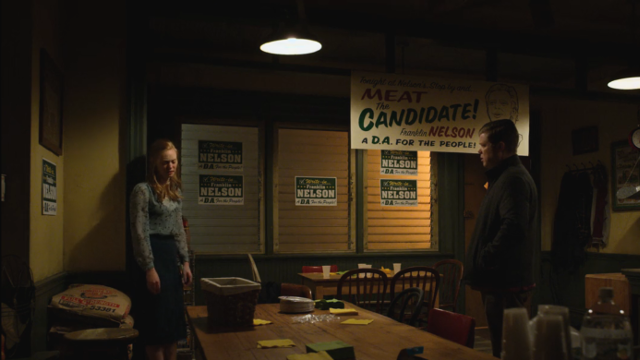 The FBI’s investigation into Matt puts Karen and Foggy in the agency’s crosshairs. Karen is picked up on the street by the FBI after trying to get information from Fisk’s fixer, Felix Manning. The agents take Karen to Matt’s apartment, where Ray asks Karen about Matt and why she is paying his bills while he’s away. Karen is rattled when the conversation turns to Fisk’s former associate, Wesley.

Ray turns up at a campaign event that Theo is throwing at Nelson Meats. Foggy tells Ray that he last saw Matt a couple of nights earlier and that their conversation had to do with their weakening friendship. Foggy tells Ray that until the FBI has something on Matt, they have nothing on Karen and himself.

Karen and Foggy compare their experiences with the FBI. Foggy says that if the FBI actually puts anything together on Matt, then he’ll cut a deal to save Karen from charges. Karen tells Foggy that she’s not the person that Foggy thinks she is. Karen hires Foggy as her attorney and uses their attorney-client privilege to come clean about having killed Wesley.

What did you think about Daredevil season 3 episode 5? Let us know in the comments below!

When Ant-Man and the Wasp: Quantumania premieres later this month, Jonathan Majors will introduce the next big bad of the…
Movies 51 mins ago