Andor Episode 8 saw the return of a beloved Rogue One character.

Star Wars fans were already aware that many protagonists of Gareth Edwards’ beloved movie would return in the prequel series focusing on the adventures of Cassian Andor. However, today’s return has been particularly appreciated given the name involved. Here are a few details on what happened in the latest Andor installment.

RELATED: Star Wars Explained: Who Is the New Villain in Tales of the Jedi Episode 6?

Who Is the Rogue One Character Returning in Andor Episode 8? 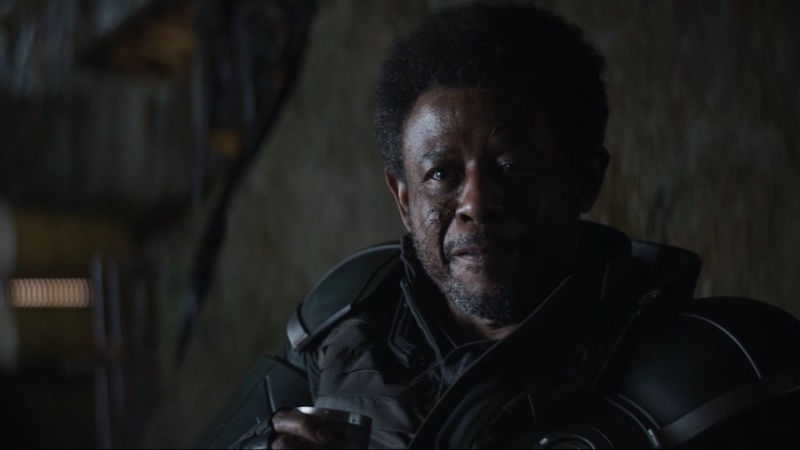 Saw Gerrera is the Rogue One character returning in Andor Episode 8. In the story, Luthen Rael visited Gerrera in Segra Milo to propose to him a collaboration with a mysterious separatist known as Anto Kreegyr. The character portrayed by Forest Whitaker didn’t seem to be very thrilled about the idea of his Partisans collaborating with other people. The Rebel Alliance was still in its early phase and the several groups antagonizing the Empire scattered throughout the galaxy. Ultimately, the soon-to-be Jyn Erso’s mentor refused Rael’s offer and invited him to leave. Of course, Gerrera’s destiny is already known. As seen in Rogue One, the rebel extremist meets his destiny following the Death Star’s attack on Jedha City. However, the character’s backstory is still being expanded through different media. Recently, Gerrera also appeared in The Bad Batch animated series.

RELATED: 3 Details You Might Have Missed in Andor Episode 7

Andor Episode 8 also saw the return of a couple of Partisans, Melshi and Two-Tubes. The Partisans were a group of armed rebels founded by Gerrera to fight the Empire. Due to their highly vicious attacks, the Partisans acquired a certain reputation. They didn’t stop even when their plans involved civilian targets. Their methods didn’t sit well with people like Mon Mothma and Bail Organa, who separated their ways from the Partisans. The upcoming Andor installments might offer more insight into the relationship between the Partisans and the Rebel Alliance leaders.

Following the reveal of the future plans for the DC Universe, co-CEO of DC Studios Peter Safran has shed some…
Movies 3 hours ago

When Ant-Man and the Wasp: Quantumania premieres later this month, Jonathan Majors will introduce the next big bad of the…
Movies 4 hours ago

The Last of Us Explained: How the TV Show Changed a Major Character’s Death