In the previous episode of HBO’s His Dark Materials, Mrs. Coulter left the Magisterium to find Lyra, and Lyra met Dr. Malone, a physicist studying dark matter. In His Dark Materials Season 2 Episode 3, Lyra went back to Dr. Malone’s office, and Lee Scoresby’s search for Stanislaus Grumman hit a snag at Dr. Haley’s.

Detective Inspector Walters, a.k.a. the Pale-Faced man, visited Dr. Malone and asked about Lyra. Dr. Malone caught Lyra as she approached her office and tried to help her escape, but DI Walters stopped the elevator. He interrogated Lyra, who claimed her name was Lizzie and that she was staying with friends. However, when he asked about Will, she accidentally slipped up. He chased her out of Dr. Malone’s office, and Pan helped Lyra escape.

Dr. Malone tried to get the Dust to speak to her like with Lyra. She connected the computer to the I Ching and asked it a yes/no question about Lyra’s safety. With no luck, she left, but the computer showed a snake. 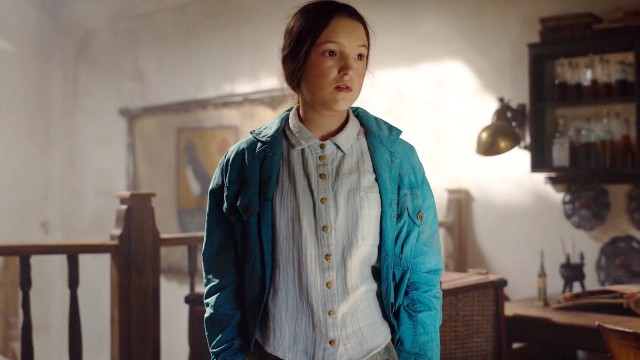 When Lyra wasn’t around when he woke up, Will looked for her. Instead, he found Angelica. He asked her about the tower. She explained that it belonged to the Guild, an organization of scholars, but they had abandoned the city when the Spectres came. Will asked about the person in the tower, but she informed him there was no way in or out of it.

Angelica told Will that the Spectres had gotten her parents. She warned him that he would soon come of age and could become a target.

Boreal helped Lyra escape. She got in his car, but after getting away, Lyra demanded to be let out. She forgot to take her bag with her. Boreal handed it to her and drove away, and Lyra soon realized that the alethiometer was missing. Will found Lyra after reading her note. They laid low in a movie theater. Lyra told Will about losing Roger.

They found Boreal’s home. Lyra realized that he’d been at Mrs. Coulter’s party. He said he would give the alethiometer back if Lyra and Will brought him the knife used to open the tear between worlds. 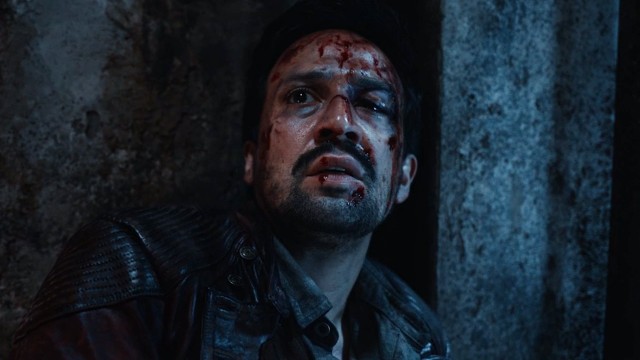 Enemy of the Magisterium

A mysterious figure drew Lee Scoresby to a town where he spoke to Dr. Haley in search of Grumman. Haley concluded that Lee was an enemy of the Magisterium and shot at him. Lee shot back and ended up killing him. While in the Magisterium’s custody, Mrs. Coulter interrogated him about Lyra. He refused to say where she was. Later, Mrs. Coulter helped him escape and told him about the prophecy.

Also in search of Lyra, Kaisa visited Iorek Byrnison. He told him of the decimation of the witches’ home. Iorek told him that while he couldn’t follow Lyra, he saw tracks that indicated she had followed Asriel through the hole he made in the world.

What did you think of this episode of His Dark Materials? Let us know in the comment section below!

Watching The Last of Us TV show is a difficult task. I’ve played the game numerous times, watched others play the game,…
TV 6 days ago

Mitsuya meets with Taiju to discuss a truce. Meanwhile, Takemichi and Chifuyu are still determined to crush Black Dragon. Here…
Anime 6 days ago

Hakkai offers to quit Toman in exchange for Taiju letting Takemichi go. However, Takemichi wants to prevent Hakkai from joining…
Anime 2 weeks ago

HBO has dropped the promo trailer for The Last of Us‘ forthcoming third episode, “Long Long Time,” which is directed…
TV 2 weeks ago