In the previous episodes of Netflix’s The Crown, Fagan broke into Buckingham Palace to warn Queen Elizabeth about Margaret Thatcher, and Charles resented Diana for her success during the Australian tour. In The Crown Season 4 Episode 7, Princess Margaret learned of a family secret, and In The Crown Season 4 Episode 8, the Queen and the Prime Minister butted heads over South Africa.

Princess Margaret underwent exploratory surgery as she had developed a condition similar to her father’s. As her duties were stripped away from her in favor of the now grown Prince Edward, she felt depressed, and Charles suggested going to a therapist. Margaret learned that their cousins, Katherine and Nerissa, who had been declared dead, were actually living in a mental hospital. She enlisted her former lover, Dazzle, a priest, to find out about them. He told her that they were alive and knew about their relation to their family. Additionally, a few of their cousins lived in the hospital with them.

Margaret confronted the Queen Mother. She explained that the abdication had placed further scrutiny on the integrity of the familial line. However, Margaret learned from her therapist that the recessive gene causing her cousins’ conditions came from the aunt who married into the family. Her own issues were separate. 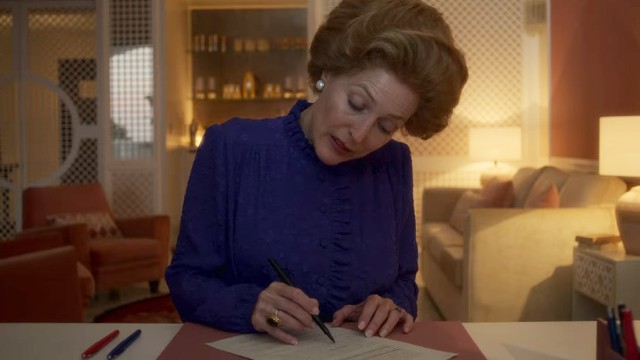 The leaders of the Commonwealth met to discuss imposing sanctions on South Africa because of Apartheid. All the Prime Ministers except for Margaret Thatcher was in favor. Thatcher told the Queen that she was acting in the best interest of the country’s economy. However, she conceded that she will to agree to the sanctions as long as they weren’t called sanctions. She rejected several suggestions. Finally, the Queen’s press secretary, Michael Shea, an author with a wide vocabulary, offered the term “signals”, which Thatcher finally agreed to. 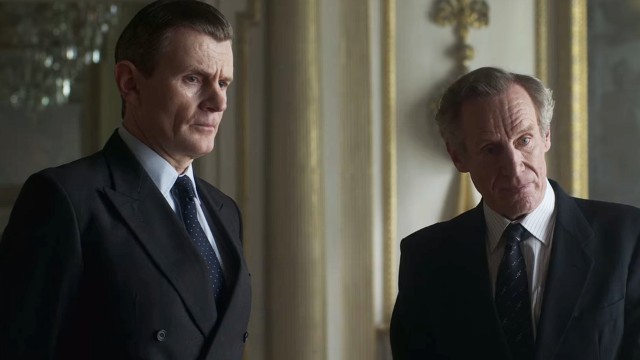 Though getting Thatcher to agree was supposed to be a show of strength for Elizabeth, it ended up backfiring. She wanted Shea to make an anonymous statement to the press. Shea wrote an article in the Sunday Times under anonymity that spoke of the Queen’s disapproval of Downing Street. He’d done so under objection.

However, Thatcher met with the Queen and effectively asserted her position. She revealed that her son Mark was now a businessman in South Africa. Unfortunately, Buckingham Palace felt pressure to provide who was responsible. The editor of the Sunday Times insisted that the source was close to the Queen. Charteris dismissed Shea for the article, and Shea became the scapegoat for the scandal.

That ’90s Show Season 2 is now official as Netflix has announced a continuation of the sitcom. The renewal for…
TV 4 days ago

Ahead of the highly-anticipated return of Bridgerton, series vet Phoebe Dynevor has officially confirmed that she will not be reprising…
TV 7 days ago

Maple gets the item Sally wanted from the haunted mansion. The two of them decide to pair up for the…
Anime 2 weeks ago