In the previous episode of HBO’s Lovecraft Country, Atticus witnessed Hippolyta going through a portal, and the cops found one of Dee’s comics at the observatory. In Lovecraft Country Season 1 Episode 8, the South Side mourned the gruesome murder of Dee’s friend, Bobo.

The wake for Dee’s friend, Emmett “Bobo” Till, was on the hottest day of the year and attracted a huge crowd. Dee disappeared while in line to go in, and Atticus, Ruby, Leti, and Montrose split up to look for her. Captain Lancaster found her, armed with her comic, and demanded to know her mother’s name. He cursed her with his spit. Two racist depictions of girls from the cover of a copy of Uncle Tom’s Cabin came to life in grotesque forms and followed her throughout Chicago.

Dee confronted Captain Lancaster who offered to remove the curse in exchange for the orrery. She spat at him and left. Dee tried to fight the girls while barricaded in her father’s shop. Montrose found her attacking invisible assailants, but her arm was gushing blood.

Energy, Intention, and a Body

While he was supposed to be looking for Dee, Tic met Christina in her family’s tomb. He offered the key from the orrery if she taught him how to cast a spell. Christina knew that he had Titus’ pages. She told him that he needed energy, intention, and a body as well as the words from the pages and showed him a symbol to draw with his blood.

Ji-Ah was at Leti’s when he arrived. She told him the truth about herself and what she’d seen. Leti was upset that he hadn’t said what had happened to him in Korea. Atticus told her that he’d protect them and left. He found Montrose, who helped him cast the protection spell. Tic confessed that he had also gone through a portal. He’d visited the future and come back with a book called Lovecraft Country, written by his and Leti’s son, George Freeman. Though there were differences, he believed most of what happened in the book had happened. He knew that Christina was going to sacrifice him during the autumnal equinox to gain immortality.

The Mark of Cain 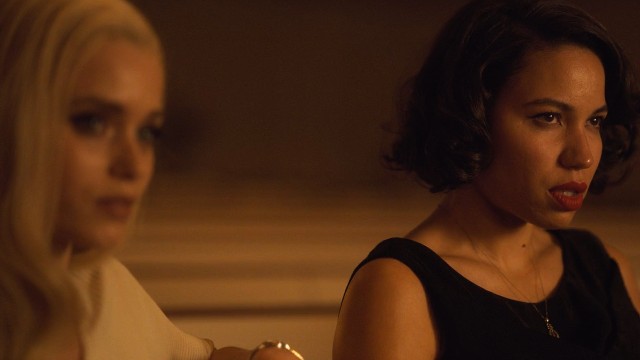 After Tic left, Leti went to church to pray for him. Christina met her there. Leti offered her negatives of photos of Titus’ pages in exchange for invulnerability for Atticus. Christina would only make the deal for Leti, who agreed. She gave Leti the Mark of Cain.

Captain Lancaster arrived at Leti’s with a street full of cops, claiming he had a warrant to search for the orrery. However, the spell protecting the house blocked Lancaster from the house. Leti realized that he knew magic. Lancaster left, only to order the police to shoot up the house. Atticus came upon the house at the same time. When a bullet fired toward him, a monster appeared before him and attacked the police. It wouldn’t attack Atticus or Leti. 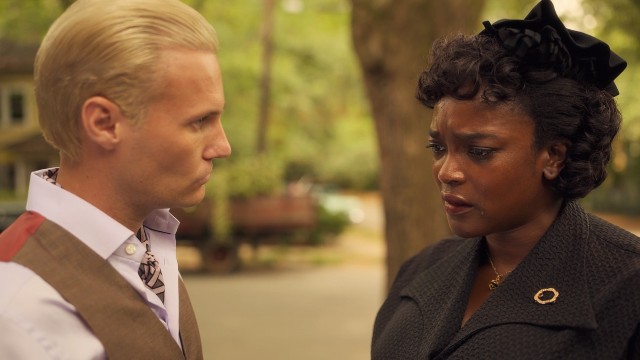 After the wake, Ruby went to Christina’s. As William, she stopped a neighbor from harassing Ruby. They slept together after Ruby took the potion. Later, Ruby confronted Christina about not caring about Bobo’s death. At Leti’s, Ruby told her that she knew about magic and that Christina was helping her. Leti warned her not to trust Christina.

Lancaster beat Christina, tied her neck with barbed wire, and dumped her in the river, just as Bobo had died. Christina survived because of the Mark.

What did you think of this episode of Lovecraft Country? Let us know in the comment section below!