The Flash returns with Nora still in containment in the Core. Team Flash is in disbelief that not only would Nora work with Thawne, but that she would lie about it to all of them this whole time. Instead of continuing to snipe at and bicker with one another, Ralph suggests that they read Nora’s diary to find out why she’s been working with Thawne and what her intentions might be. 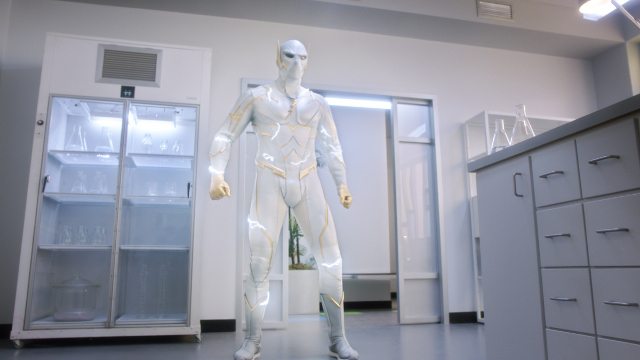 In 2049, Nora is a CSI for the Central City Police Department, like her father was. A speedster metahuman has been stealing a specific set of chemicals from a variety of labs and transport trucks. Nora and her coworker and best friend, Lia, seek the advice of Lia’s former chemistry professor to find out what the chemicals might be used for. While there, the ladies and the professor are attacked by Godspeed, the first speedster in Central City since the Crisis that led to The Flash’s disappearance. During the confrontation, Godspeed hits Nora with a bolt of white speedster-created lightning.

In the hospital, Lia tells Nora that the paramedics found a piece of metal beneath her skin when they had to resuscitate her after Nora went into cardiac arrest. Nora displays speedster abilities, and the two believe that the bolt of lightning from Godspeed has given Nora speedster abilities.

Nora attempts to use her speed to stop a bank robbery, but she doesn’t have control over her abilities. The villains get away. Nora realizes that if she’s going to help the CCPD stop Godspeed, then she needs to both master her abilities and to start thinking like a speedster supervillain. Nora knows where she can find one. 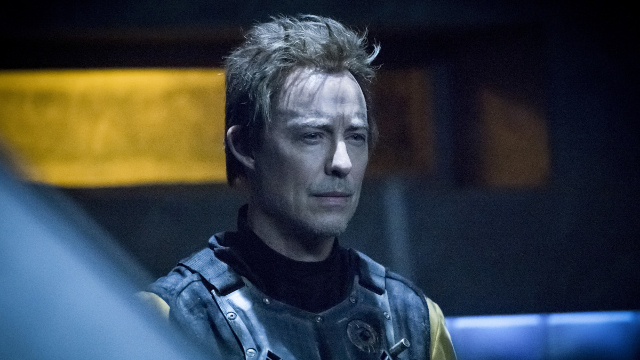 Nora visits Thawne and asks for his help in capturing Godspeed. Thawne toys with Nora before rebuking her. The news only gets worse for Nora from there. Lia explains that the metal removed from Nora by the paramedics was an ability dampener. She’s been a speedster all along, but her mother had the device implanted in Nora and has lied to Nora her whole life. The conversation turns to Godspeed, and Nora realizes that he needs a stabilizer in order to make his chemical creation work. The two go to the one lab in Central City where such a chemical can be found. There, they meet Godspeed again. Nora tries to distract him long enough for Lia to destroy the chemical, but Godspeed overcomes Nora, kills Lia, and escapes with the chemical. 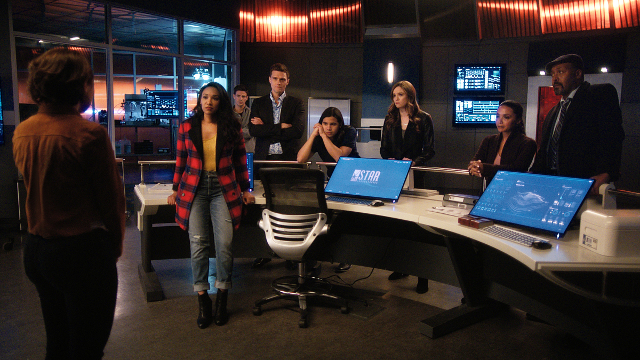 In the present, Iris realizes that Nora just watched her best friend killed, didn’t trust her mother after all the lies, and had no one else to turn to but Thawne to teach her how to control her powers. Iris decides to give Nora a chance to explain herself to the rest of the team. Nora recounts the confrontation and falling out with her mother regarding the power dampener. Afterward, Nora returned to CCPD, where DNA evidence identifies Godspeed as August Hart. Nora remembers running into Hart at the Flash museum. Like Zoom and Velocity, Godspeed’s lightning has turned blue. Nora realizes that Hart is attempting to make an upgraded version of V-9 in order to give himself permanent speed.

Once again, Nora turns to Thawne for help. Nora pleads with him, telling Thawne how she held Lia as she died. With Nora at her lowest and most desperate, Thawne agrees to help Nora. He directs Nora to Godspeed’s lab, where she attempts to steal his bio converter. Godspeed injects more V-9 and gives chase through the city. Thawne and Nora devise a plan to run Godspeed past electromagnetic bursts coming from media satellites, nullifying the effects of V-9.

Victorious, Nora asks Thawne to train her, but Thawne is running out of time, per the countdown clock next to his cell. Instead, Thawne directs Nora through the Flash museum to Gideon, who reveals to Nora that her father was The Flash and plays Barry’s last message for her from right before he disappeared in the Crisis. From there, Nora traveled back to the past in order to spend time with her father and help him catch Cicada, the one case he never solved.

Barry asks for the room. He says he can understand how Nora turned to Thawne, but can’t believe she continued to go back to him and concealed it from the rest of them once Nora learned that Thawne killed Barry’s mother. Barry doesn’t trust Nora, and as such, can’t have her on the team. Barry takes Nora back to 2049 and tells her never to return to the past again. 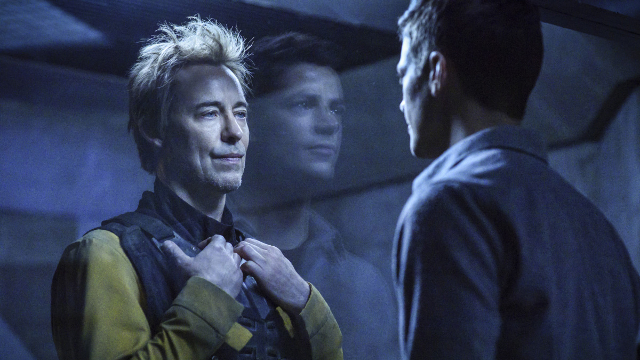 Before returning to 2019, Barry stops and rages at Thawne for taking Barry’s mother and now his daughter away from him. Thawne tells Barry not to blame her, Nora just wanted to see her dad. He tells Barry to consider that a last request from a dying man. As the countdown clock reaches ten minutes left, Barry tells Thawne that he’s finally going to get what he deserves.

Let us know what you thought of this week’s The Flash in the comments below.

The Flash Season 9: David Ramsey & More to Return in the Final Season

According to Deadline, Arrowverse vet David Ramsey is set to once again reprise his role John Diggle/Spartan in the upcoming…
TV 1 month ago

The CW has unveiled a trailer for the upcoming 13-episode ninth and final season of the long-running superhero series The Flash.…
TV 2 months ago