Rick Grimes’ story is over, at least for now. In last week’s episode, Rick narrowly survived his horrific ordeal before being airlifted away to at least three spinoff movies. Now, The Walking Dead has started a new era, with a time jump into the future. Young Judith Grimes has grown up a bit, and she used her impeccable aim to help save a new group of survivors. But this new world isn’t as welcoming as the one Rick left behind, and The Walking Dead season 9 episode 6 exposed some of the dangers lurking ahead. 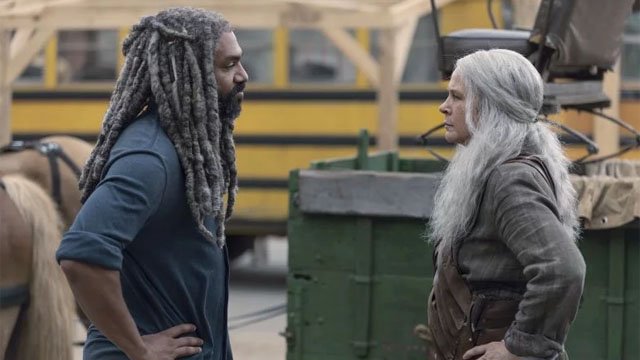 Six years after Rick’s apparent death, Ezekiel and Carol were living together as a couple, with Henry as their adoptive son. In the interim, Henry has grown more capable with tools, but he lashed out at his father’s refusal to let him be trained in a trade. Ezekiel warned his son about mouthing off, but Carol convinced him that Henry needed the freedom to find his own path. With Ezekiel’s approval, Henry prepared to journey to Hilltop and be trained as a blacksmith. Carol decided to go with him, to keep Henry safe on his journey. 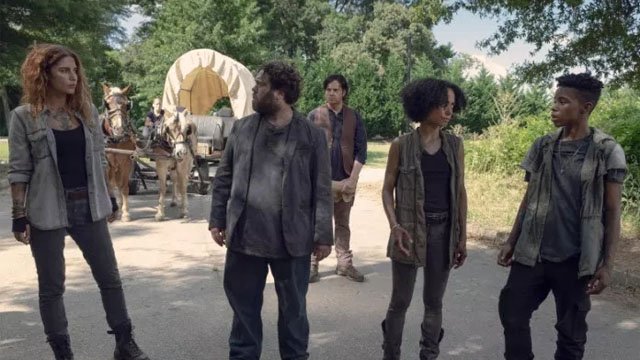 At Judith’s urging, Aaron, Eugene, and Rosita brought Magna, Connie, Luke, Kelly, and Yumiko back to Alexandria. Michonne immediately admonished Aaron, but Judith came forward and accepted the blame. Yumiko’s injuries were tended to, while her companions faced a tribunal of Alexandria’s leaders. Michonne voiced her suspicions about the group and unmasked Magna as a former prison inmate. That seemingly killed their chances of being accepted into the community.

Judith briefly spoke with Negan about her desire to help Magna and her friends, but she disregarded his advice. Magna was so frustrated about the situation that she actually planned to attack Michonne. However, she changed her mind when she saw Michonne playing with her son, RJ (Rick Junior). Magna then knocked on Michonne’s door and surrendered her final weapon. When Magna’s group prepared to leave, Michonne said that she would personally escort them to Hilltop and ask that community to accept them. 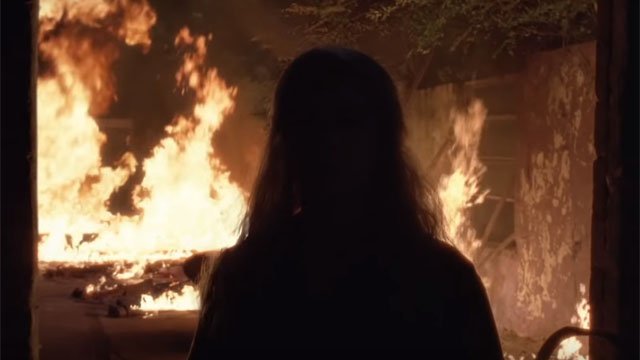 Henry and Carol’s trip to Hilltop was interrupted by a cry for help. Carol was upset when Henry rushed to answer the cry, and she correctly guessed that it was a trap. Jed and a few other former Saviors had stayed together as marauders. Out of gratitude for Carol sparing his life at the bridge, Jed allowed her and Henry to keep their carriage and horses. But he insisted on taking Carol’s wedding ring, and he beat up Henry when he tried to prevent it.

Later, Carol got her revenge when she tracked down the ex-Saviors and doused them with gasoline while they slept. Jed pleaded for his life and promised that Carol would never see him again. She held him to that promise by burning him alive, alongside his companions. The next day, Henry noticed that Carol had her ring back before they ran into Daryl, who had been living a solitary life. 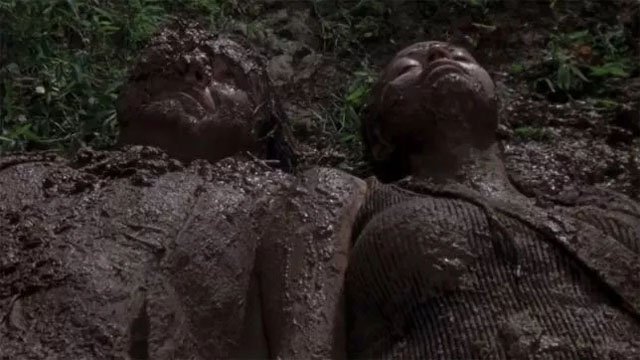 Father Gabriel hatched a plan to reach out to the world beyond their ring of communities, with the help of a signal booster. His new girlfriend, Rosita, and Eugene volunteered to place the booster at a strategic location. After Eugene set the device, he noticed a herd of walkers headed their way. Eugene warned Rosita, but he badly injured his knee when he jumped from the ladder. Eugene volunteered to stay behind and distract the walkers, but Rosita refused to let him go through with it. She also shut down his attempt to express his love for her.

In desperation, Rosita and Eugene covered themselves with mud and waited for the herd to pass. To their horror, they seemingly heard the walkers speak among themselves about catching them. The Whisperers have finally arrived.

What did you think about The Walking Dead season 9 episode 6? Let us know in the comment section below!

Kit Harington has played coy about a potential Game of Thrones spin-off series about Jon Snow, and that continued during…
TV 11 hours ago

Regardless if you view M. Night Shyamalan as a genius with a few poor outings or a lousy director with…
Movies 9 hours ago

DC Studios Co-CEO James Gunn has been busy on Twitter, as the director has been debunking more Superman: Legacy rumors…
Movies 14 hours ago

Fans can watch the epic conclusion of the attempts of Maggie, Negan, Michonne, and the others to survive a zombie…
TV 3 weeks ago