The New Alien Trailer is Here! 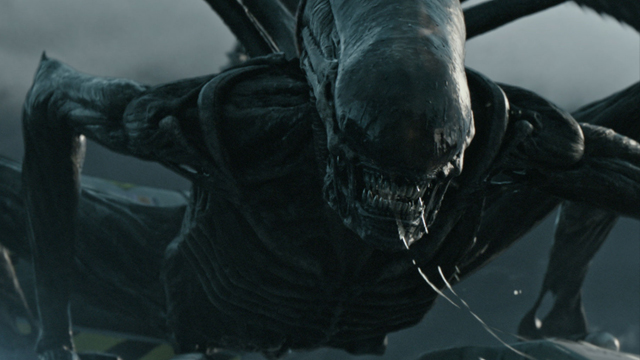 Check out the new Alien trailer for a look at Covenant, in theaters May 19

20th Century Fox has released the new Alien trailer! Check it out in the player below and catch Alien: Covenant in theaters May 19.

Ridley Scott returns to the universe he created with Alien: Covenant, a new chapter in his groundbreaking Alien franchise. The crew of the colony ship Covenant, bound for a remote planet on the far side of the galaxy, discovers what they think is an uncharted paradise, but is actually a dark, dangerous world. When they uncover a threat beyond their imagination, they must attempt a harrowing escape.

Set as the second chapter in a prequel trilogy that began with Prometheus, Alien: Covenant connects directly to Ridley Scott’s 1979 seminal work of science fiction. It begins with the colony ship Covenant, bound for a remote planet on the far side of the galaxy. There, the crew discovers what they think is an uncharted paradise, but is actually a dark, dangerous world — whose sole inhabitant is the “synthetic” David, survivor of the doomed Prometheus expedition.

What do you think of the new Alien trailer? Let us know your thoughts in the comments below!

Just a week after the cancellations of Doom Patrol and Titans, and the unveiling of a new DCU slate, HBO…
TV 56 mins ago

As Avatar: The Way of Water continues to thrive in the box office, director James Cameron is looking back on…
Movies 1 month ago

According to ProductionList, the next Alien movie is set to begin filming in Budapest, Hungary in early 2023. The film,…
Movies 1 month ago

The planned upcoming Alien movie may have found its star, with Deadline reporting that Cailee Spaeny is in talks to…
Movies 3 months ago