Magnolia Pictures has unveiled the first trailer, poster and November release date for the upcoming documentary Zappa centered on the eponymous singer-songwriter helmed by Alex Winter (Bill & Ted Face the Music), which was originally set to make its world premiere at this year’s South by Southwest. The trailer can be viewed in the player below!

“It seemed striking to me and producer Glen Zipper that there had yet to be a definitive, all-access documentary on the life and times of Frank Zappa,” Winter said in a statement. “We set out to make that film, to tell a story that is not a music doc, or a conventional biopic, but the dramatic saga of a great American artist and thinker; a film that would set out to convey the scope of Zappa’s prodigious and varied creative output, and the breadth of his extraordinary personal and political life. First and foremost, I wanted to make a very human, universal cinematic experience about an extraordinary individual.

“What helped make this vision possible was Gail Zappa granting us exclusive access to Zappa’s vault; a vast collection of his unreleased music, movies, incomplete projects, unseen interviews and unheard concert recordings,” Winter continued. “With this wealth of material, and the minimal addition of present-day interviews with Frank’s closest friends and musical collaborators, we built a narrative that is both intimate and epic in scope.”

Zappa is set to hit select theaters for a one-night-only special event on November 23 followed by a digital and VOD release on November 27. 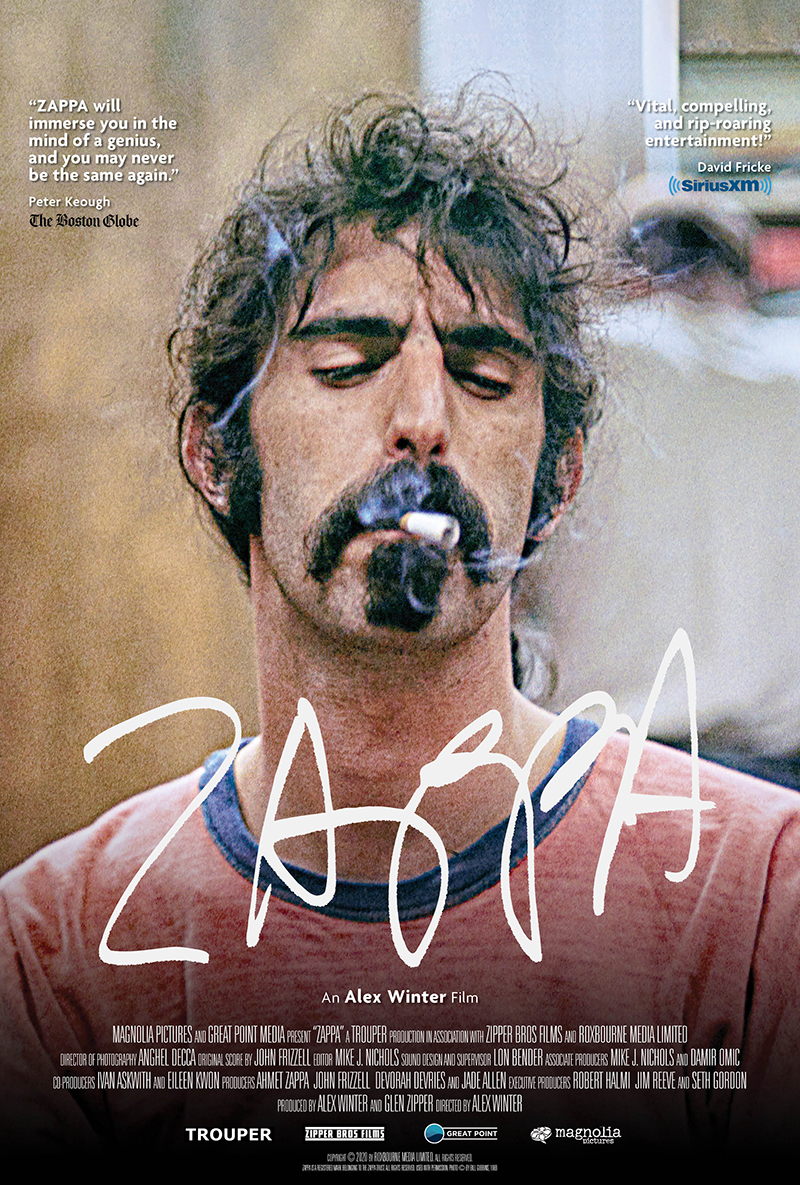 The whole gang is here.
Movies 2 years ago

The musical documentary will arrive on Blu-ray, DVD, and On Demand on March 2
Movies 2 years ago