Vertical Entertainment has released the official trailer for Ghosts of War, the upcoming WWII horror movie starring Brenton Thwaites (Pirates of the Caribbean: Dead Men Tell No Tales, Titans, The Giver). You can check out the trailer now in the player below!

Five battle-hardened American soldiers are assigned to hold a French Chateau near the end of World War II. Formerly occupied by the Nazi high command, this unexpected respite quickly descends into madness when they encounter a supernatural enemy far more terrifying than anything seen on the battlefield.

Ghosts of War is written and directed by Eric Bress (The Butterfly Effect, Final Destination 2, Kyle XY). The movie will be available on DirecTV on June 18, 2020, and will release via virtual cinema screenings, On Demand, and digitally on July 17, 2020. 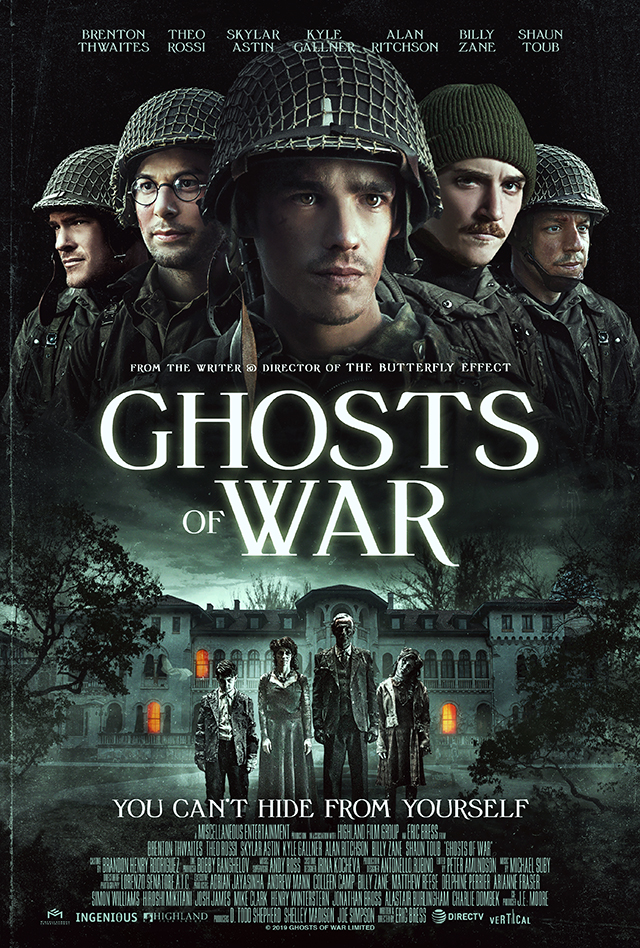 Star Wars Jedi: Survivor is spending a little extra time at a meditation point. Respawn Entertainment announced that the action…
Games 3 days ago

A new Kaguya-sama: Love Is War -The First Kiss That Never Ends- trailer has confirmed that the movie will be…
Anime 1 week ago

Director J.D. Dillard’s planned Star Wars movie is no more, with the filmmaker recently revealing that Lucasfilm is no longer…
Movies 3 months ago

The first Gears of War was incredibly influential and released 16 years ago on the Xbox 360. And to mark…
Movies 3 months ago