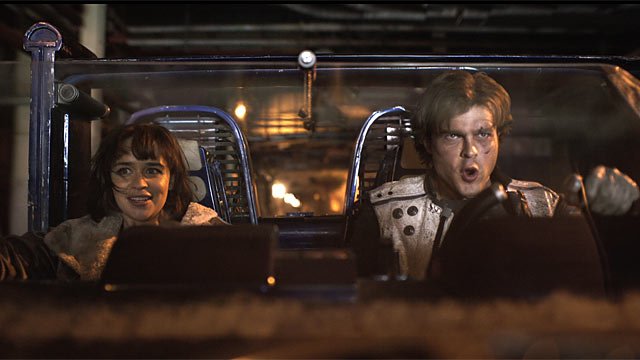 The Hollywood Reporter spoke to Disney CEO Bob Iger, for a wide-ranging conversation on several things going on currently at the House of Mouse. One standout comment, however, was him saying there’s definitely a slowdown coming when it comes to Star Wars content being released into the world.

“I made the timing decision, and as I look back, I think the mistake that I made — I take the blame — was a little too much, too fast. You can expect some slowdown, but that doesn’t mean we’re not gonna make films. We are just at the point where we’re gonna start making decisions about what comes next after [Episode IX]. But I think we’re gonna be a little bit more careful about volume and timing. And the buck stops here on that.“

Iger mentions that despite Abrams’ Episode IX, which is currently in production, and Game of Thrones creators David Benioff and D.B. Weiss are still plotting a stand-alone trilogy of their own, the brief era of the annual Star Wars movie is coming to an end. Much of this decision results from Solo’s poor box-office performance earlier this year, which came just a few months after The Last Jedi hit theaters. While director Rian Johnson’s saga installment did well financially but also drove a wedge between certain factions of the fanbase.

The Disney CEO goes on to talk about Disney’s upcoming streaming service, the James Gunn debacle, as well as the plan to absorb other Marvel properties like the X-Men into the MCU, and more. You can check out the entire interview here.

Meanwhile, Star Wars: Episode IX began filming at London’s Pinewood Studios in August, with J.J. Abrams (Star Wars: The Force Awakens, Star Trek) returning to direct the final installment of the Skywalker saga. Abrams co-wrote the screenplay with Chris Terrio (Argo, Justice League). Composer John Williams, who has scored every chapter in the Star Wars saga since 1977’s A New Hope, will return to a galaxy far, far away with Episode IX.

The film will be produced by Kathleen Kennedy, J.J. Abrams, and Michelle Rejwan, and executive produced by Callum Greene and Jason McGatlin.

Star Wars: Episode IX is scheduled for release on December 20, 2019.

Star Wars: The Rise of Skywalker

James Cameron’s Avatar: The Way of Water continued its box office reign, accounting for $15.7 million (-22%) to bring its…
Movies 16 hours ago

Hollywood is once again in mourning as Annie Wersching has passed away. Best known for her television roles, such as…
TV 17 hours ago

Actor Alden Ehrenreich, who starred as a young Han Solo in the Star Wars prequel Solo: A Star Wars Story,…
Movies 4 days ago