In mid-2016, it was revealed that Universal Pictures had hired Hunger Games franchise director Francis Lawrence to helm a big-screen version of Battlestar Galactica, based on the original 1978 television series created by Glen A. Larson. Today, ComingSoon.net got to have an exclusive chat with Lawrence for his upcoming spy thriller Red Sparrow, and we discussed his plans for the iconic property, his childhood connection to it, as well as his failed Sgt. Rock concept and how he would do Constantine different today.

Battlestar Galactica began with the 1978 television series, which chronicled the adventures of space-faring vessel centuries in the future. At the end of a millenia-long conflict with a robotic race known as the Cylons, the last surviving warship, the Galactica, leads a convoy of hundreds of human vessels in search of a mythic planet called Earth.

The first Battlestar Galactica series was followed by a brief sequel/spinoff series, Galactica: 1980, two years later. The franchise is arguably best known today, however, as a rebooted television version that premiered in 2004. That series, created by Ronald D. Moore and David Eick, was followed by a short-lived prequel series, Caprica, in 2010 and a webseries, Blood & Chrome, in 2012. It is believed that the new Battlestar Galactica movie, which is being produced by Bluegrass Films, will again reboot the franchise. 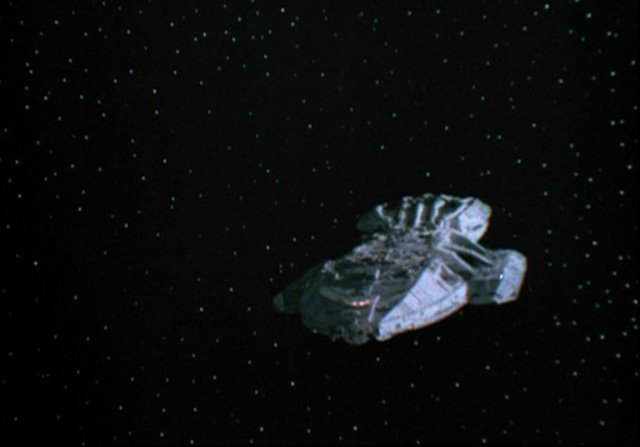 Francis Lawrence: Yeah, I’m working on that, that’s something I’m developing. I’m working on that with Lisa Joy, who is one of the creators of “Westworld.” The original series was actually one of the first sets that I ever went on. I remember being a kid and loving that show and they were filming near my house and my mom took me down there and I got to try on a Cylon helmet.

CS: So it does have a personal connection for you.

Lawrence: Absolutely, 100%. I loved that show as a kid. I loved the Ron Moore show too.

CS: The Ron Moore show had its own visual identity. The original show recruited Ralph McQuarrie and John Dykstra and all these people from “Star Wars” and were trying to, for lack of a better word, harness that feeling. Obviously you’re going to give it your own spin, but are there going to be visual nods to the original series.

Lawrence: Oh of course! There will definitely be visual nods. We’re all fans of both series so there will definitely be nods, but for it to be worth doing for us we have to have our own take on it. Without getting into too much detail, there is thematic kind of stuff to make it relevant today. What makes something interesting to do is if there’s a relevance to the world we live in now.

CS: There have been a million films where people have tried to do big space battles since “Star Wars,” but it’s very hard to capture that lightning in a bottle again. It has to be about something more.

Lawrence: Exactly. I also think it has to be about more than the A.I. of it all, as well. That’s an element, but I think we’ve found something else to say with it too, which I think is pretty cool. 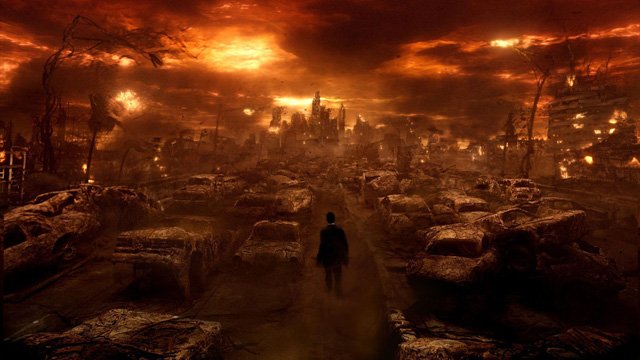 CS: I wanted to talk about Constantine for a minute, just because I was thinking back on it and it seems almost like a comic book movie without a country, in that it sort of had one foot in and one foot out of the source material. If you could shoot that movie again would you go harder R, make John blonde? What other ways do you think you could push that movie now that audiences are more immersed in comic book iconography?

Lawrence: Wow. It’s a tricky question. Now I’ve made seven movies, that was my first. I think there’s definite story issues, I would change some things there. I would definitely give it more levity, things like that. It’s tricky because if I’m starting from scratch I would have had him, like in the material, be blonde and English. Right? I wasn’t the first one hired on the movie, so it’s a whole different thing, but it’s tricky because I love Keanu and I think he did a great job in the movie and all of that, but it’s a tough tough thing. I think the biggest things I would change are in the story, I think it gets too bogged down in supernatural gobbledygook at the end of the movie. If I’d known we were getting an R I would have really made an R-rated movie. We followed all the PG-13 rules, but still got an R so it’s not really an R. That’s what I would suggest.

CS: Since I saw the film, I’ve always wondered if you were referencing the artist Zdzisław Beksiński?

Lawrence: Oh yeah, 100%! I definitely had one of his books, and that was a bit of the inspiration — we ended up doing something a little different — for when you go to hell and there’s some of that weird growth? That was definitely influenced by Beksiński.

CS: I just love his stuff. Whenever anybody asks me, “Do you know any scary artists?” I’m like, “That guy.” (laughs)

Lawrence: (laughs) Yeah that stuff is very cool. That’s such a blast from the past to hear that name, because it’s such a long time ago now. 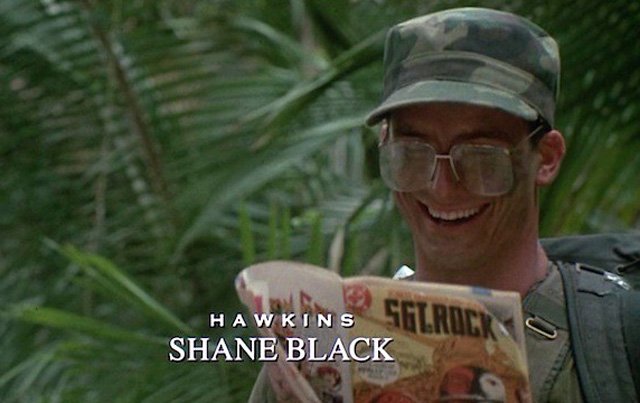 CS: Are you still attached to “Sgt. Rock”?

Lawrence: No, not for a long time.

CS:  I talked about that project with Joel Silver years ago, it seems like a tough nut to crack.

Lawrence: It is. My take on it… and I think they were just trying to figure out the whole DC thing, and clearly they’re still trying to figure it out. They were just putting the group together when we were doing that. What I wanted to do was a near-future war film, not an actual World War II thing. A near-future type film with World War II film tropes. We started developing it, but then they ended up holding it back to keep it for after they regrouped for the other new DC stuff.

How do you feel about a Battlestar Galactica movie? Let us know your thoughts in the comments below!

ComingSoon Editor-in-Chief Tyler Treese spoke with Next Exit star Rahul Kohli about the science fiction comedy drama movie, which is…
Movies 5 days ago

The ending to the recent Blumhouse horror film M3GAN didn’t tease a sequel, but did leave things open-ended enough for…
Movies 3 weeks ago

During an interview with ComingSoon, writers Josh Miller and Pat Casey spoke about their writing process for the Sonic the Hedgehog movies, including their penchant…
Movies 1 month ago

Spider-Man: Across the Spider-Verse Originally Pitched as Endgame-Like Movie

It seems the next chapters in the Spider-Verse franchise of animated films were originally planned to have a larger, Avengers:…
Movies 1 month ago