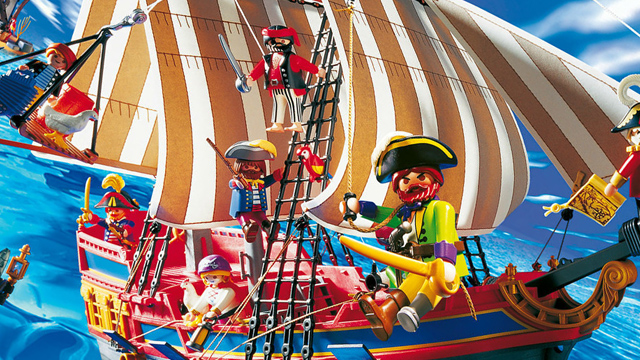 Tom Ortenberg, CEO of Open Road Films, today announced the acquisition of all U.S. distribution rights to the animated feature film Playmobil, which is set to be directed by Disney veteran Lino DiSalvo and produced by the team behind The Little Prince (Aton Soumache, Dimitri Rassam, Alexis Vonarb) along with Axel Von Maydell (Morgen Studios) and Moritz Borman.

Playmobil toys have become a classic throughout children’s playrooms, and have produced over 2.9 billion figurines in more than 100 countries – making it one of the world’s most successful toy brands.

DiSalvo will make his directorial debut on Playmobil after spending 17 years at Disney Animation, where he served as head of animation on Frozen, the highest-grossing animated film of all time. Di Salvo also worked as animation supervisor on Tangled and Bolt. Blaise Hemingway, also from Disney, is writing the screenplay.

“The creative team behind ‘Playmobil’ has crafted a wildly inventive, hilarious and heart-warming story that is certain to be exciting for the whole family” says Ortenberg. “We are thrilled to get to work – or should I say ‘play?’ – with Lino and his team.”

“‘Playmobil’ has conquered children’s hearts worldwide, growing beyond cultural and language barriers,” adds producer Moritz Borman. “Animation is the perfect medium to pay tribute to this cult toy and we’re very excited to launch this franchise with Open Road.”

“‘Playmobil’ is such a special toy,” says DiSalvo, “The epic sets and cool little characters with endless story telling possibilities. It’s a wonderful place for an animated world.”

Open Road Films will release Playmobil nationwide in the U.S. on January 18, 2019. It is the first release to claim that weekend.

Playmobil was developed in cooperation with Pathé France and will be sold internationally by Lionsgate and Wild Bunch.

What do you want to see from a Playmobil movie? Let us know in the comments below!

Bones and All Blu-ray Release Date Set for January 2023

Bones and All, the latest collaboration between Luca Guadagnino and Timothée Chalamet, is finally arriving on Blu-ray. Guadagnino’s Bones and…
Movies 2 months ago

Hopefully, it's worth the wait.
Movies 3 years ago