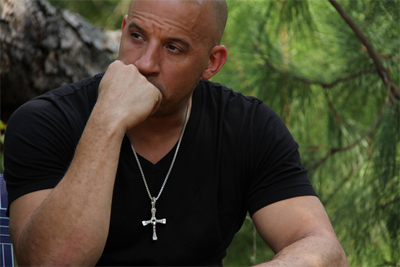 Although there’s still no confirmation as to whether or not Charlize Theron will playing the main villain, Universal Pictures‘ upcoming Fast 8 has, per The Wrap, added Game of Thrones star Kristofer Hivju as one of said villain’s henchmen.

Straight Outta Compton‘s F. Gary Gray is directing the April 14, 2017 release, which is planned to launch a new trilogy of films. Fast 8 will be followed by a ninth film to be released April 19, 2019 and a tenth film planned to hit theaters April 2, 2021. Fast and Furious 8, 9 and 10 aren’t the only films new that Universal has planned for the franchise, either. It was recently revealed that plans are underway for both Fast and Furious spinoffs and prequels.

Principal photography for Fast 8 is planned to take place in both New York and Atlanta, Georgia. Recent reports suggest that two other possible locations for the film could be the previously-unexplored Russia and Iceland.

Kristofer Hivju, best known for playing wildling leader Tormund Giantsbane on Game of Thrones, has appeared on the big screen in films like Force Majeure and After Earth.

What do you think of the addition of Kristofer Hivju to the Fast 8 cast? Share your thoughts in the comments below!

A couple of days after announcing the DC Universe’s Chapter One slate, DC Studios Co-CEO James Gunn has given further…
Movies 1 hour ago

Ant-Man and the Wasp: Quantumania is set to receive a tie-in book, which brings Scott Lang’s story as Ant-Man into…
Movies 7 hours ago

In shocking news last week, director Justin Lin stepped away from the Fast and Furious franchise, announcing that he would…
Movies 9 months ago

Vin Diesel Praises Fast 10 Cast: ‘There Are Angels Coming to This Mythology’

Fast & Furious 10 acts as the penultimate entry in one of the longest-running franchises in movie history, and Vin…
Movies 11 months ago