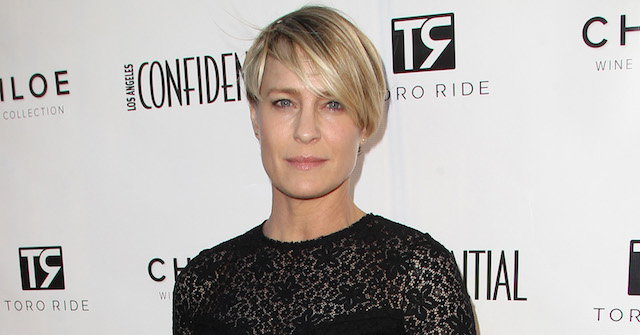 Director Denis Villeneuve (Sicario, Prisoners) is directing. Principal photography is scheduled to begin July 2016. Blade Runner 2 will then be released by Warner Bros. in North America. Sony Pictures Releasing International will distribute in all overseas territories in all media.

Blade Runner 2 (which has still not announced its official title) is set several decades after the 1982 original. Harrison Ford will reprise his iconic role as Rick Deckard. The film is written by Hampton Fancher and Michael Green, and succeeds the initial story by Fancher and David Peoples based on Philip K. Dick’s novel “Do Androids Dream of Electric Sheep?”. Story details, as well as Wright’s character, are not being revealed.

Alcon Entertainment acquired the Blade Runner 2, television and ancillary franchise rights to the franchise in 2011 from the late producer Bud Yorkin and Cynthia Sikes Yorkin to produce prequels and sequels to the iconic science-fiction thriller. Cynthia Sikes Yorkin will produce along with Johnson and Kosove. Bud Yorkin will receive producer credit.

Wright’s upcoming projects include next summer’s Wonder Woman, directed by Patty Jenkins (Monster). There, Wright will star alongside Gal Gadot (Batman v Superman: Dawn of Justice) and Chris Pine (Star Trek). She can currently be seen on season four of Netflix‘s House of Cards, where she reprises her Golden Globe winning role as Claire Underwood.

Who do you think Robin Wright will play in Blade Runner 2? Share your speculation in the comments below!

There’s no denying that Phase Four of the Marvel Cinematic Universe was a disappointment. Most of the new wave of…
Movies 9 hours ago

The end of the year brings critically-acclaimed films as part of the Hulu schedule for December 26-January 1. On Monday,…
Movies 1 month ago

Blade Runner 2099 Gets a Series Order at Amazon Studios

Amazon Studios has officially given a series order to the upcoming live-action TV adaptation of Blade Runner 2099, which will…
TV 5 months ago

After waiting 35 years for a Blade Runner sequel, Blade Runner fans are used to waiting long periods of time…
Movies 12 months ago

After taking on Frank Herbert’s Dune, Oscar-nominated filmmaker Denis Villeneuve (Arrival) is now set to direct an adaptation of author…
Movies 1 year ago