Ava DuVernay to Direct A Wrinkle in Time for Disney 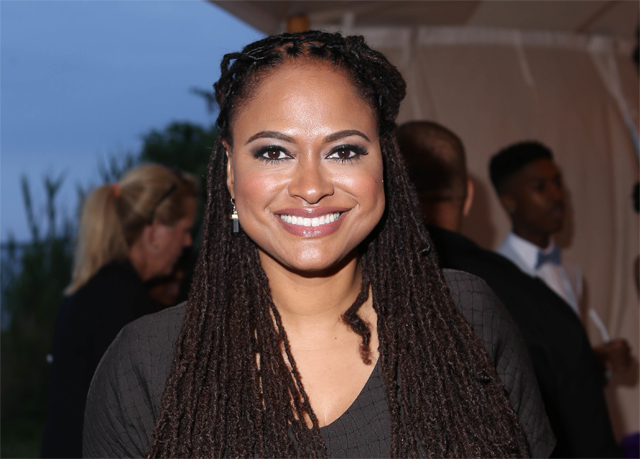 According to Deadline, Walt Disney Pictures has set acclaimed Selma director Ava DuVernay to helm their big screen adaptation of Madeleine L’Engle’s 1962 novel A Wrinkle in Time. DuVernay was also courted by Disney’s Marvel Studios last year to helm Black Panther, although that ultimately fell through.

The novel is described as follows: It was a dark and stormy night; Meg Murry, her small brother Charles Wallace, and her mother had come down to the kitchen for a midnight snack when they were upset by the arrival of a most disturbing stranger. “Wild nights are my glory,” the unearthly stranger told them. “I just got caught in a downdraft and blown off course. Let me sit down for a moment, and then I’ll be on my way. Speaking of ways, by the way, there is such a thing as a tesseract.” A tesseract (in case the reader doesn’t know) is a wrinkle in time. To tell more would rob the reader of the enjoyment of Miss L’Engle’s unusual book. A Wrinkle in Time, winner of the Newbery Medal in 1963, is the story of the adventures in space and time of Meg, Charles Wallace, and Calvin O’Keefe (athlete, student, and one of the most popular boys in high school). They are in search of Meg’s father, a scientist who disappeared while engaged in secret work for the government on the tesseract problem. A Wrinkle in Time is the winner of the 1963 Newbery Medal.”

Frozen screenwriter and co-director Jennifer Lee will adapt the book into a screenplay, with Jim Whitaker and Catherine Hand producing. “A Wrinkle in Time” is the first title in L’Engle’s four-book “Time Quartet” series, which also includes “A Wind in the Door,” “A Swiftly Tilting Planet” and “Many Waters.” L’Engle’s 1989 novel, “An Acceptable Time,” was also marketed as part of the series but took place a generation earlier.

The site reports that DuVernay also has an offer from DreamWorks to direct Intelligent Life, a sci-fi thriller scripted by Jurassic World‘s Colin Trevorrow and Derek Connolly, which is set to star Oscar winner Lupita Nyong’o (12 Years A Slave). It is unknown whether this or A Wrinkle in Time would move forward first, though the Disney project was the first deal to close.

Netflix has released the official Colin in Black & White teaser trailer for the upcoming biographical drama series, co-created by…
TV 1 year ago

The series is based on Brian Michael Bendis and David F. Walker's DC comic series of the same name.
TV 2 years ago

The CW’s Naomi: Get First Look at Kaci Walfall as Teen Hero

The pilot is written and executive produced by Ava DuVernay.
TV 2 years ago