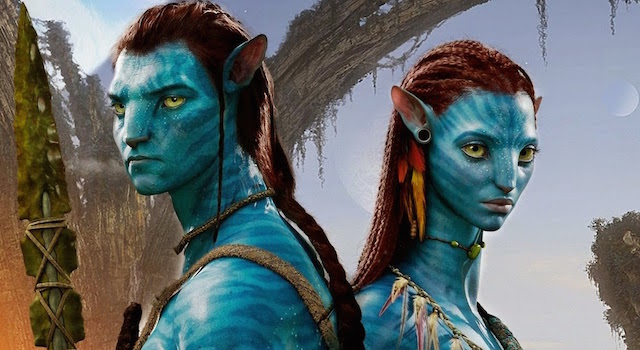 Production is slated to begin very soon on some of the most highly-anticipated movies for 2017 (and beyond) and thanks to My Entertainment World, we have an idea of when and where some of these features are set to begin production. Read on for the start dates and locations!

First is the upcoming Wolverine 3, which will reportedly begin production on April 25 with shooting locations in both New Orleans and New Mexico. Set to star Hugh Jackman as the title character, and pairing him with Patrick Stewart’s Charles Xavier, Wolverine 3 will be directed by James Mangold with the new film being penned by David James Kelly. It is set to arrive in theaters on March 3, 2017.

The recently-delayed Avatar 2 will also begin shooting in April, just around Tax Day, with production taking place once again in New Zealand. It will be directed by James Cameron from a script by Rick Jaffa and Amanda Silver (Rise of the Planet of the Apes) with stars Sam Worthington, Zoe Saldana, Sigourney Weaver, and Stephen Lang set to return. No release date has been set for the first of three sequels.

Ghost in the Shell, which recently changed hands from Walt Disney Pictures to Paramount Pictures, will begin production this month and will shoot in New Zealand, Hong Kong, Macau and Shanghai, China. Set to be directed by Snow White and the Huntsman‘s Rupert Sanders, the new Ghost in the Shell movie will offer a live-action adaptation of Masamune Shirow’s iconic cyberpunk manga series about the members of a covert ops unit that take on technology-related crime. Ghost in the Shell stars Scarlett Johansson, Pilou Asbæk, and Sam Riley and will debut March 31, 2017.

The upcoming Blade Runner 2 is also targeting production soon, aiming to begin in July with principal photography to take place in the UK and Hungary. Denis Villeneuve is directing the film starring Ryan Gosling (The Big Short) and Harrison Ford (Star Wars), who is reprising his role as Rick Deckard. Hampton Fancher (co-writer of the original) and Michael Green have written the original screenplay based on an idea by Fancher and Ridley Scott. The story takes place several decades after the conclusion of the 1982 original.

Fifty Shades Darker will begin production this month with principal photography taking place in Vancouver. Jamie Dornan and Dakota Johnson will reprise their roles and star along with Kim Basinger in the Valentine’s Day 2017 release.

Formally Prometheus 2, and then Alien: Paradise Lost, Alien: Covenant will begin production in April and will shoot in Sydney, Australia. Ridley Scott returns to the universe he created in Alien with Alien: Covenant, the second chapter in a prequel trilogy that began with Prometheus and connects directly to Scott’s 1979 seminal work of science fiction. Michael Fassbender is expected to be the only returning cast member from Prometheus (Noomi Rapace might have a small role) with the film set to land in theaters on October 6, 2017.

Finally, Transformers 5 will reportedly begin production this May though no locations have been confirmed. Michael Bay will once again direct the film, which will see the return of Mark Wahlberg. Written by Art Marcum, Matt Holloway, and Ken Nolan, the film is currently without an official release date.

Which of these upcoming films are you most looking forward to! Let us know in the comments below.

Speaking to Marvel ahead of Titan Books’ release of the Spider-Man No Way Home: The Official Movie Special Book, Andrew Garfield reflected on…
Movies 1 hour ago

According to a recent report from The Cosmic Circus, actress Jona Xiao is set to join the Marvel Cinematic Universe…
TV 23 hours ago