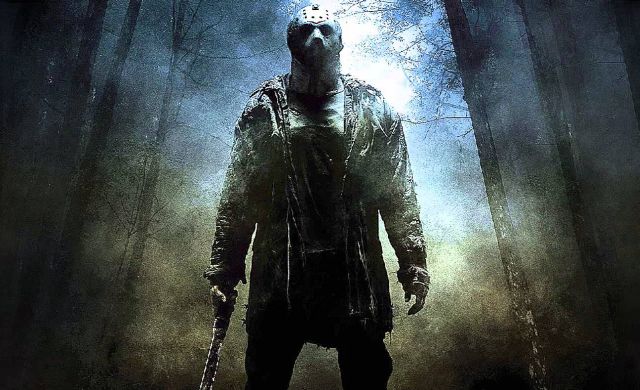 Last month, it was revealed that the in-development Friday the 13th reboot had been delayed until 2017 and now TheWrap brings word that the film’s director David Bruckner, who previously directed The Signal and the “Amateur Night” segment in VHS, is no longer attached to the project. The outlet notes that while the film’s producers rework the script, they didn’t want to tie the director down to the project as development continues.

Building off of that story, Variety reports that Prisoners and Contraband writer Aaron Guzikowski, who is also penning one of the planned Universal Monster movies, has entered negotiations to write the script for the film, taking over from Hannibal scribe Nick Antosca. They report that the film’s plot is “under wraps,” but the smart money would be that it centers on hockey-mask wearing killer Jason Voorhees stalking and slashing teenagers at Camp Crystal Lake.

Paramount Pictures currently has Friday the 13th is set for release on January 13, 2017.

Tim Burton’s 1989 Batman movie is a classic in the world of comic book films. Now DC has shared a…
Movies 4 hours ago

Friday the 13th Reboot in Development from Original Director

A new Friday the 13th reboot film could be in the works from Sean S. Cunningham, according to a recent…
Movies 2 weeks ago

Following the surprising announcement of a Friday the 13th prequel series at Peacock, more information on just what content will…
TV 3 months ago