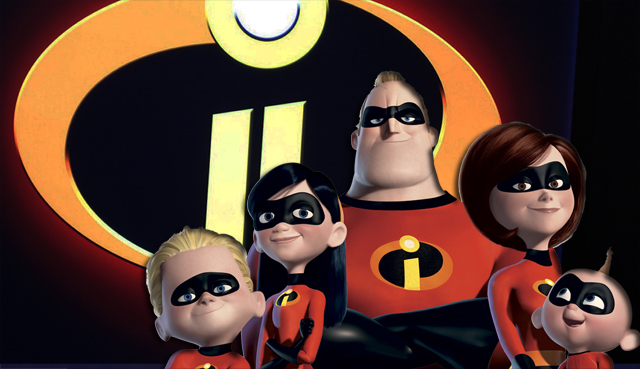 “I don’t think I could have made this movie right away,” Bird told ComingSoon.net earlier this year when asked if the past ten years had changed his point of view on the characters at all. “Nor would I want to. I always want to break things up with something else. I know some directors who have done a movie and then, the very next thing they do is the sequel to that movie. Unless it’s ‘Lord of the Rings’ and it was always conceived of us doing it that way, I will always want to break it up with something else and then come back to it. That said, I’m really looking forward to playing with this playset again.”

While Bird is staying mum for the time being on specifics regarding the Incredibles 2 story, he did hint that some of the elements in the script are connected to ideas that didn’t make it into the original film.

“I had a bunch of ideas that I wanted to put in ‘The Incredibles,'” he said, “but they just didn’t fit. Certain ideas fit, but other things make you go, ‘This is great, but I’d have to give up two other things that matter more to me to get this other thing in.’ So there were a pile of ideas left over from ‘The Incredibles,’ but it’s not a big thing. There were little scenes and things that I was interested in. I wanted to come up with sort of an over-arching idea that connected to the first film that went somewhere different. That’s the one that took a little more time.”

@m_giacchino signs to do the music for INCREDIBLES 2. Happy Thanksgiving, everybody! pic.twitter.com/9Ipo2urPvD

A couple of days after announcing the DC Universe’s Chapter One slate, DC Studios Co-CEO James Gunn has given further…
Movies 5 hours ago

The third episode of the ComingSoon Podcast is now live. This is a podcast series from ComingSoon that delves into the latest…
Movies 6 hours ago

While the original live-action Aladdin film didn’t live up to the audience’s expectations, a sequel is apparently in the works,…
Movies 4 days ago

Not too much is known about the upcoming sequel to Ridley Scott’s Gladiator, but according to star Russell Crowe in…
Movies 1 week ago

Chris Hemsworth’s next foray into the world of blockbusters is in the sequel to the Netflix film Extraction, a movie…
Movies 2 months ago