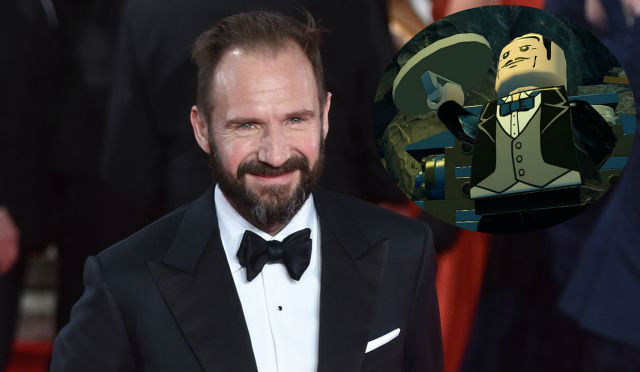 The Hollywood Reporter brings word that The LEGO Batman Movie has added another cast member with Ralph Fiennes as Batman’s trusty butler, Alfred Pennyworth. He joins a cast that includes Will Arnett as the titular Dark Knight, Michael Cera as Robin the boy wonder, Rosario Dawson as Batgirl, and Zach Galifianakis as The Joker.

Fiennes’ most famous roles include his Academy Award-nominated work as Amon Goeth in Schindler’s List and Count Laszlo de Almásy in The English Patient. He is also well known to fans as Lord Voldemort in the “Harry Potter” franchise, Francis Dolarhyde in the 2003 remake of Red Dragon, and taking over in the role of M for both Skyfall and the upcoming SPECTRE.

The LEGO Movie animation supervisor Chris McKay will direct The LEGO Batman Movie, which features a script by Abraham Lincoln: Vampire Hunter creator Seth Grahame-Smith. Phil Lord and Chris Miller, who directed The LEGO Movie and are also developing an animated version of Spider-Man for Sony, will produce the film along with Dan Lin.

Christopher Nolan’s Dark Knight trilogy is arguably the most exciting addition to the Hulu schedule for December 12-18. On Monday,…
Movies 2 months ago

Iconic Roles is a look at some of the best performances in film and television by actors and actresses. When…
Movies 2 months ago