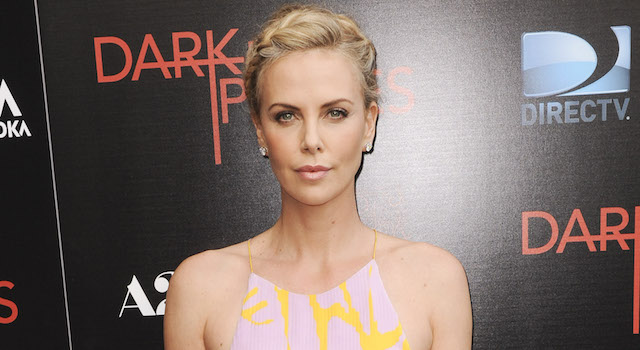 The Gray Man may gender-swap its protagonist, setting Charlize Theron for the leading role

As reported by The Tracking Board, Academy Award winner Charlize Theron is in talks to play the leading role in the big-screen version of Mark Greaney’s 2009 novel The Gray Man. The book, the first in Greaney’s “Court Gentry” series, was initially published in 2009 with the following official description:

Court Gentry is known as The Gray Man – a legend in the covert realm, moving silently from job to job, accomplishing the impossible, and then fading away. And he always hits his target. But there are forces more lethal than Gentry in the world. And in their eyes, Gentry has just outlived his usefulness.

Now, he is going to prove that for him, there’s no gray area between killing for a living-and killing to stay alive.

The Gray Man was previously planned for the big screen some years ago with James Gray attached to direct and Brad Pitt rumored to be eyeing the part of Gentry. New Regency Pictures held the screen rights at that time and had Adam Cozad (Jack Ryan: Shadow Recruit) attached to provide the screenplay.

Although Captain America: The Winter Soldier‘s Joe and Anthony Russo were originally planning to helm, they’ve now got their hands full with the upcoming Captain America: Civil War and the two part Avengers: Infinity War. A new director has not yet been announced, but he or she will work from the Russos’ script.

If she joins the project, Theron will also produce The Gray Man through her Denver and Delilah label alongside producers Palak Patel and Joe Roth.

What do you think of Charlize Theron taking on The Gray Man? Let us know in the comments below!

Yesterday’s announcement that DC’s Titans and Doom Patrol would be ending came as a bit of a shock, but while…
TV 12 hours ago

Naughty Dog is known for many franchises, most recently Uncharted and The Last of Us. Co-President Neil Druckmann recently spoke…
Games 8 hours ago

Marvel revealed many of the actors that will be starring in its Thunderbolts film, but not all of them. According…
Movies 7 hours ago

The success of the Marvel Cinematic Universe looks to continue to roll on, as Ant-Man and the Wasp: Quantumania is…
Movies 10 hours ago

Charlize Theron Isn’t Mad About Furiosa, Would Return for a Sequel

When George Miller returns to the world of Mad Max with his prequel film Furiosa, it’ll be without Charlie Theron,…
Movies 2 months ago

Netflix has announced that The Gray Man, its recently released action thriller, will be receiving a sequel and spin-off at a…
Movies 6 months ago

The Gray Man Review: A Fun but Unremarkable Action Thriller

Writers Christopher Markus and Stephen McFeely and directors Anthony and Joe Russo have quite a history together. This writer-director quartet…
Movies 6 months ago

A much-anticipated action movie is hitting Netflix later this week. In a matter of days, the streaming service will release The…
Movies 6 months ago